U.S. government fees for temporary work visas and for permanent immigration benefits will rise across the board if provisions of the House Democrats’ social spending plan are approved by the Senate.

The proposed hikes would represent the first comprehensive update to the fee structure used by U.S. Citizenship and Immigration Services in five years. They’d follow a Trump administration bid to charge more for immigration benefits that was blocked in federal court last year.

Immigration experts say the increases in the House-passed legislation, , which are weighted heavily toward employers of high-skilled workers and foreign entrepreneurs, could be beneficial if they lead to improved services at USCIS.

The Department of Homeland Security unit is almost entirely fee-funded except for emergency funding from Congress.

The proposed hikes could generate nearly $3 billion in additional revenue for the agency, according to a Cato Institute analysis based on 2019 application numbers. The increases would range from $13 for arrival/departure records, to an extra $100 for family-based green card applications, to $15,000 for a visa program for foreign investors.

“This would help USCIS get on a more firm financial footing,” said Jeremy Neufeld, an immigration policy analyst at the pro-immigration Niskanen Center in Washington. “Especially as they’re going to be expected to process a lot more visas due to other provisions of the bill.”

Democrats’ effort to pass a social spending package estimated to cost $1.75 trillion remains subject to negotiation in the Senate, where a small group of moderate Democrats, led by (D-W.Va), want the overall price tag pared back.

Most of the uncertainty surrounding immigration’s piece of the funding package involves parole provisions that would protect undocumented immigrants from deportation. The House legislation would also provide an additional $2.8 billion to USCIS to process new applications and reduce backlogs, which would help to improve its fiscal outlook.

Democrats are using a budget mechanism that will allow the legislation to pass the Senate with a simple majority, meaning they don’t need to work with Republicans if they can lock down all 50 votes in their caucus.

The Senate parliamentarian, who advises lawmakers on whether legislative provisions are permissible under budget reconciliation legislation, couldrule on inclusion of parole language in the billas soon as this week.

Raising the USCIS fee structure was one of several immigration-related battles between the Trump administration and advocacy groups. The agency came close to furloughing employees earlier in the Covid-19 pandemic as travel restrictions caused visa applications, and the agency’s income, to plummet.

The agency signaled its intent to issue a new fee schedule earlier this year, but it has yet to publish a new rule to make it happen.

The increases House Democrats envision could provide faster services for applicants if they lead USCIS to invest in staffing and technology, said Xiao Wang, co-founder and CEO at Boundless Immigration, a firm that helps applicants navigate the U.S. immigration system.

The cost of the proposed fees for employers and visa applicants are still modest compared to rising wages paid to in-demand workers, Wang said.

“It’s a very inelastic situation. It will not impact the number of applications made by employers,” he added.

The increases proposed via regulation by the Trump administration last year would have charged asylum seekers for the first time and tacked on an additional fee to apply for work authorization. Immigration advocates sued, arguing that new rule would price out low-income applicants.

They also contended that Chad Wolf, the acting Homeland Security secretary at the time, didn’t have legal authority to issue the measure because he wasn’t Senate-confirmed. 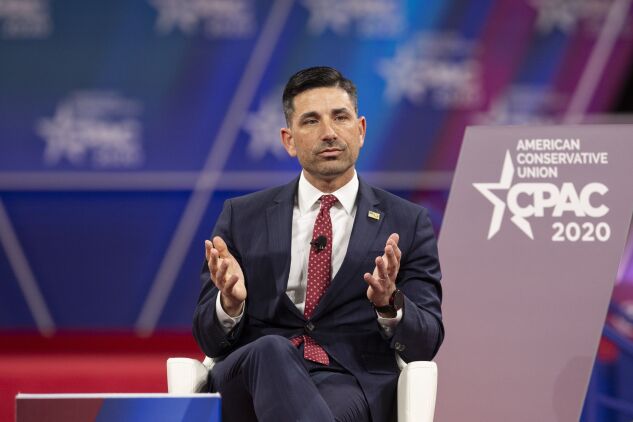 Unlike the Trump rule, House Democrats’ legislation proposes modest increases for individuals and would require employers and foreign investors to absorb most of the elevated costs, Wang said.

But Elizabeth Taufa, policy attorney and strategist at the Immigrant Legal Resource Center, which sued over the Trump hikes, criticized House Democrats’ approach. The bill would not only raise fees across the board but also remove the possibility of fee waivers, she said.

“These fee provisions would effectively make relief inaccessible for low-income immigrants and disproportionately impact communities of color,” Taufa said in an emailed statement.

The pending legislation would also make nearly 400,000 additional employment and family-based green cards available that had gone unused over the past two decades. It would allow applicants stuck in the agency’s green-card backlog for multiple years to file for benefits early by paying an additional fee. Currently, those applicants can’t apply for an adjustment of status until a green card is deemed available under annual limits.

Laura Foote Reiff, co-chair of the immigration and compliance practice at Greenberg Traurig LLP, said most employers would be “really happy” with the House-passed plan.

“They didn’t think they go far enough, but they embraced those measures,” she said.

Should the Senate pass the bill, the question becomes how quickly would USCIS make the necessary investments with the revenue boost to adjudicate the rush of new applications, said Stephen Yale-Loehr, an immigration law professor at Cornell Law School.

Biden-appointed USCIS Director Ur Jaddou has sought public input and launched an internal review of possible steps to improve the agency’s efficiency. But USCIS is still a mostly paper-based operation, and its growing backlogs have stymied foreign workers seeking employment documents.

“A lot will depend on how quickly the agency can ramp up,” Yale-Loehr said.