Kelly Dermody didn’t grow up wanting to be a civil rights lawyer. It took a pause from her undergraduate coursework at Harvard University, coupled with some self-discovery, for her to realize her calling.

She worked as an intern for the late Massachusetts Sen. Edward Kennedy and was inspired by the “constant stream of advocates and lawyers” in his office and her firsthand experience of law and legislation in the nation’s capital.

It was the late-80s and also a time in Dermody’s life when she was coming out as gay. The combined experience, she said, opened her eyes to injustices against large segments of the population, herself included.

“I want to devote my life to creating more justice and more fairness for people,” she said in an interview, recalling her thinking at the time. “Granted, I was a White kid coming out as gay in the 80s,” she said, but the experience “made me so profoundly interested and concerned about racial equity.”

Her commitment to pursue justice for those who have long been denied it took her back to Harvard and then to law school at the University of California, Berkeley. She was hired at Lieff Cabraser in 1994, the year after her law school graduation.

Since then, she’s become a power in civil rights litigation, carving out a reputation for her work on pay discrimination and representing workers alleging sex discrimination, as well as incarcerated individuals, victims of human trafficking, and consumers preyed upon by mortgage lenders.

She’s demonstrated a penchant for bringing workplace cases against big-name companies and a willingness to sustain long battles, such as a pending case against that began more than a decade ago.

Dermody points to the reality that what happens in the workplace has a domino effect on the rest of a worker’s life.

“So much basic equity and dignity, peoples’ identities, are formed by what happens in the workplace,” she said.

One of her more recent victories came in May, when a state judge in California certified a class of more than 10,800 women suing Alphabet Inc.'s Google over alleged gender pay discrimination. The women say their male colleagues were paid more in base salaries and other compensation, and that the company’s alleged policy of asking for prior pay during hiring perpetuated disparities. Google didn’t respond to a request for comment. A trial is set for Jan. 2023. 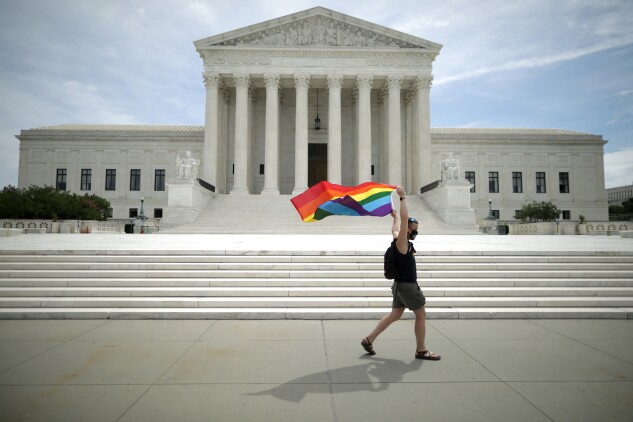 A person waves a Pride Flag outside the U.S. Supreme Court after the justices held 6-3 that LGBTQ workers are protected by a federal anti-discrimination law.
Photographer: Chip Somodevilla/Getty Images

In 2013, Dermody represented a class of approximately 12,800 employees against Tata Consultancy Services Ltd. and reached a $29.75 million settlement over the IT services company allegedly failing to pay workers on nonimmigrant visas promised wages after coming to the U.S.

Earlier in her career, she was involved in a suit against , alleging discriminatory hiring, promotion, and pay practices. That resulted in a settlement worth $87.5 million for female workers in 1998.

“She’s focused her work on, as I would capture it, helping the underdog,” said Yolanda Jackson, executive director and general counsel of the Bar Association of San Francisco, a group Dermody once led.

During the pandemic, Dermody advocated on behalf of incarcerated individuals to receive stimulus payments under the March 2020 CARES Act. In Oct. 2020, a federal judge said their exclusion was “arbitrary and capricious,” ruling in Dermody’s favor.

Kate Kendell, the former executive director of the National Center for Lesbian Rights, met Dermody early in her career and now calls her a close friend.

To hone her mindset as a litigator and prepare for potential setbacks—especially in lawsuits that last for years—Dermody said she draws on her experience as a college lacrosse goalie who earned All-American honors.

“It’s a little ball in a big cage,” she told Bloomberg Law over the phone from the Bay Area last month. “It’s very difficult to have a perfect game as a lacrosse goalie.”

A notable loss for Dermody came in representing thousands of female engineers at , when she failed to win class certification in a suit alleging gender bias. The ruling was upheld on appeal.

Her longest-running case is a class action alleging gender pay bias against Goldman Sachs, which was filed in September 2010. Plaintiffs contend the Wall Street giant discriminated against women in pay and denied them workplace opportunities as compared to male coworkers.

“I love the case because I 100% believe in the clients,” she said, determined she’ll prevail. “There won’t be a war of attrition that can be won against them.” 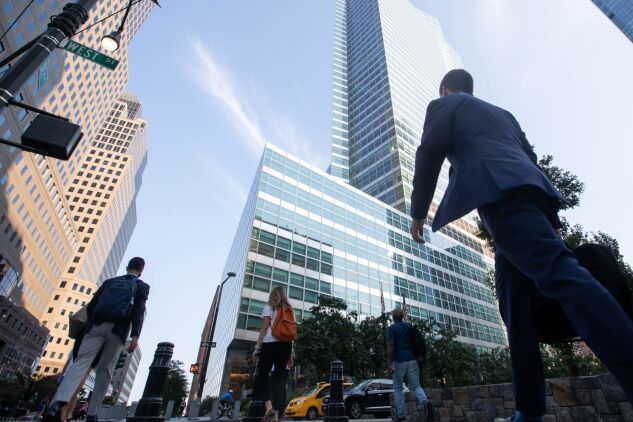 Pedestrians cross a street in lower Manhattan, near the headquarters of Goldman Sachs Group Inc., in July.
Photographer: Michael Nagle/Bloomberg

Dermody’s record has allowed her to be selective; she said she takes fewer than 1% of cases offered to her, and deliberates when making the “huge decision” to bring a class action and prepare for years of work advancing it.

“You have to be convinced that there is some sort of policy you can attack,” she said.

Unlike her clients in the Goldman case, many workers seeking redress in the courts aren’t prepared for lengthy battles or the flaws in the system, she said.

“It’s just not designed for justice,” especially for a collective of workers, she said.

Dermody hopes her litigation can lead to policy change. Transparency, especially around pay, could help balance the workplace, she said, pointing to the United Kingdom’s policy of collecting worker pay data and making it public, which has led companies to have tough internal conversations about how to fix inequities.

Dermody’s commitment to equity goes beyond the courts. In 2016, she monitored polls in Charlotte, N.C., to ensure voters gained access; and two years later, she rented a car and ferried voters to the polls when an early voting site in a predominantly Black neighborhood in Atlanta suddenly closed.

“She does work on the ground,” said Eva Paterson, president and co-founder of the Equal Justice Society and one of Dermody’s mentors. “I mean, driving people to the polls in Georgia, doesn’t get much more grassroots than that.”

“She fights for Black folks, but she doesn’t think she has the lead,” added Paterson, who is African-American. “She’s completely for real, and I wish she could give lessons on how to be a true ally to people of color.”

Dermody approaches volunteering with the same laser-focus and sense of purpose that she takes to court—always playing the long game.

“I’ve only wanted to volunteer in communities of color, and communities where there is voter suppression,” she said. “Sitting on the West Coast and thinking about voting rights, it’s an abstraction.”

“It is worth having these fights,” she added, “because, ultimately, I do think we make a difference.”