The House passed legislation aimed at averting a crippling nationwide US freight rail strike, sending it to the Senate, which could take action as soon as this week.

The bill, passed Wednesday on a 290-137 bipartisan vote, would impose a labor agreement hammered out by rail companies, labor leaders and the Biden administration months ago but rejected by workers in four of 12 unions.

The House separately voted 221-207 to pass a related bill that would revise the original deal to add seven days of paid sick leave to the contract, one of the chief sticking points between unions and companies. Only three Republicans voted for the sick leave measure, which doesn’t bode well for it getting enough GOP support in the Senate to pass. The Senate could choose to go along with the change or ignore it without affecting the original legislation.

President had asked Congress to intervene as the Dec. 9 end of a cooling off period approached. The legislation would block a strike that would tax the fragile US economy with a massive supply chain disruption just before the retail-heavy holiday season.

In a statement after the House vote, Biden prodded the Senate to action.

“Without action this week, disruptions to our auto supply chains, our ability to move food to tables, and our ability to remove hazardous waste from gasoline refineries will begin,” Biden said. “The Senate must move quickly and send a bill to my desk for my signature immediately.”

The vote on the sick leave measure was agreed to after talks between Speaker and progressive House Democrats, who threatened to tie up the legislation.

Representative said many Democrats were reluctant to intervene in union negotiations, but an additional vote to expand sick leave “helps a lot.”

“The sick leave provision alleviates some of the concern about intervening,” the Michigan Democrat, a staunch labor ally who voted for the bill, said. “Given the threat to the economy I think the balance of interest is clear.”

The AFL-CIO blasted the “hellish working conditions” for railroad workers and called for “massive systemic reforms to the freight rail industry.”

“Today, we can achieve paid sick leave for rail workers. Tomorrow, the fight continues,” and Shari Semelsberger, president and secretary-treasurer of the union’s Transportation Trades Department, said in a statement.

The industry pushed back on the sick leave issue. Association of American Railroads President and Chief Executive Ian Jefferies said in a statement that, “All rail employees have access to several leave policies, including sick leave, although those vary by union based on what they’ve bargained for.”

Quick Senate action on the bill, will depend on obtaining unanimous consent to waive days of standard procedural delays on floor votes.

Independent Vermont Senator has demanded an up-or-down vote on sick leave as the price of his cooperation. With some Republicans like Senator expressing support for worker demands this week, the change could garner the 60 votes need to pass. While he is likely to get such a vote, other senators may make their own demands.

Number two Senate Republican told a panel of Bloomberg editors and reporters in Washington Tuesday that while many Republicans would prefer not to have Congress intervene, a “significant” number would likely vote for the House bill if it comes to the Senate floor. He said he thought the paid sick provision would not get 60 votes however. 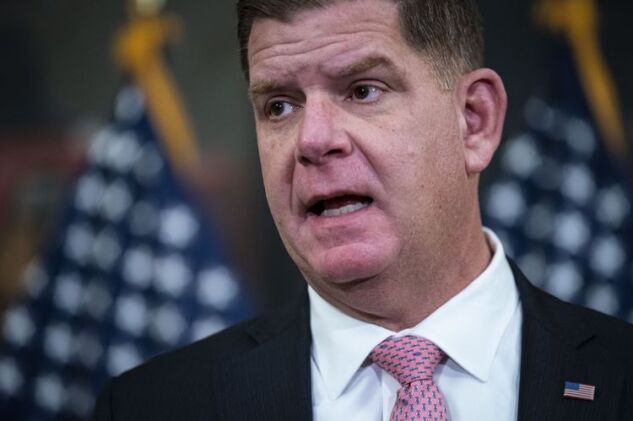 Labor Secretary and Transportation Secretary are set to meet with Senate Democrats at lunch on Thursday to discuss the legislation.

Congressional action comes as Biden and Democrats found themselves at odds with some of their stalwart union allies, which aided the party in last month’s midterm elections. Pelosi in announcing the vote touted that the bill would grant a 24% raise and prevent increased health insurance premiums. Pelosi and other Democrats can show support for workers getting paid sick leave by voting for the side bill, but they stopped short of including it in the underlying legislation to smooth Senate passage.

Out of 13 labor agreements among the 12 unions representing different types of rail workers, nine have been ratified the agreement and members of four rejected it, with unresolved issues including train crew size, scheduling, wage increases, and medical and vacation benefits.

Rail operators were set to begin slowing down operations as soon as this week in preparation for a strike, in part to make sure cargo isn’t left stranded.