Unionizing House staff, who got a huge boost last week with ‘s endorsement of their effort, could move closer to their goal this week with the introduction of a measure that would sanction the action.

The legal framework for staffers to unionize has been in place since lawmakers first passed the Congressional Accountability Act (Public Law 104-1), which was initially passed in 1995 and then finalized through a rule-making process in 1996. But lawmakers never adopted a resolution needed to put the provision into effect.

Rep. , (D-Mich.) will introduce a resolution this week to activate the provision, he said in a statement to Bloomberg Government. Levin said he will recognize a union in his own office if his staffers choose to form one.

“There is no cause for further delay, and I am excited to introduce the resolution this week to stand in support of congressional staff,” Levin said, adding that he “will keep fighting until every worker in the country can form a union, including in Congress.”

The House resolution comes after some members’ offices quietly spent the past year working to unionize. Those efforts went public last week when the Congressional Workers Union formally launched its campaign to “unionize the personal offices and committees of Congress.”

Rep. (D-N.M.), who worked as a staffer on the Senate Energy Committee from 2015-2017, has also focused on how staffers can unionize.

“There is a political culture that treats staff on Capitol Hill as being expendable,” Stansbury said in an interview. “I certainly have heard senior staff and other congressional members in my time on the Hill allude to the fact that staff are a dime a dozen.” 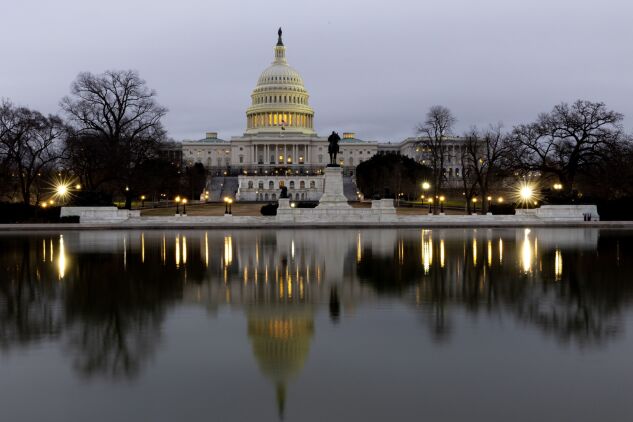 Chiefs of staff to House Democratic lawmakers received a private briefing Monday about the intensifying push by some legislative employees for collective bargaining power.

Committee on House Administration staff director Jamie Fleet gave the talk, but two people on the conference call said he left unanswered many questions about how unionization of Capitol Hill staffers would work.

Fleet told the staff chiefs that more guidance was to come.

The median annual salary for House staff was $59,000 in 2021, according to a survey from the House Office of Diversity and Inclusion. Lower ranking positions, such as staff assistants and legislative correspondents, were lucky to clear $40,000 a year. Less than 40% of staffers who participated in the survey felt they were paid commensurate with their position.

Burnout was particularly bad among younger staff in D.C.-based member offices, as opposed to older staffers and workers in district offices, according to the House diversity survey.

“They are the people who keep these offices working, they write our country’s laws,” Stansbury said. “When the work is as crucial as running our country and representing the people of this country, there’s truly nothing more important than making sure we have the highest-quality staff.”

While the move for staffer unions has been building in the background, the effort gained momentum when Pelosi spokesman Drew Hammill said the speaker would fully support staffers who want to unionize. In the days after, more than 70 Democratic lawmakers tweeted that they would back a union, according to a count from Demand Progress, a nonpartisan policy group.

If the House adopted the resolution with a simple majority, staffers could begin the process of forming a union on an office-by-office basis, said Taylor J. Swift, a policy adviser with Demand Progress.

“A lot of petitions are already being circulated in some of these offices about where they’re going to want to unionize, because all the resolution will enable staff to do is take that next step,” he said.

The result may be a patchwork of unionized and non-union member offices.

That disparity would extend to the other side of the Hill. For Senate staffers to unionize, the Senate would need to adopt its own resolution. It would need 60 votes rather than a simple majority, Swift said.

Senate Majority Leader (D-N.Y.) said in a statement through a spokesperson that he “believes that hard-working Senate staff have the right to organize their workplace and if they chose to do so, he would support that effort.”

Sen. (D-Ohio) plans to put together a separate resolution that would similarly allow for Senate offices to unionize.

“In the coming weeks, Senator Brown will work with his colleagues in the Senate on a resolution in support of the Congressional staff and their unionization efforts,” said Brown spokesperson Rachael Hartford.

If lawmakers give staffers the ability to unionize, it’s unclear whether Republicans could take back that right if they win the majority. While the Congressional Accountability Act includes a provision on how to turn the provision on, it doesn’t clarify how it would be turned off, said Daniel Schuman, a policy director with Demand Progress.

To contact the editors responsible for this story: at ktrygstad@bloombergindustry.com; at broth@bgov.com