Health-care and social service workers gained bipartisan support for getting protection from violent attacks as the House passed legislation requiring the Labor Department to put rules in place to prevent such incidents.

The legislation () would mandate the Labor Department’s Occupational Safety and Health Administration to develop and make final a rule within 42 months of the bill’s enactment. The rule would require at least the same level of protection as any state workplace violence plan OSHA approved.

More than two dozen Republicans crossed party lines to support the bill in a 251-158 House vote Thursday, brushing aside a White House threat to veto the measure. Other Republicans and a prominent hospital association say the measure is burdensome and circumvents traditional rulemaking. It would take 288 votes to override President Donald Trump’s veto if all members participated. 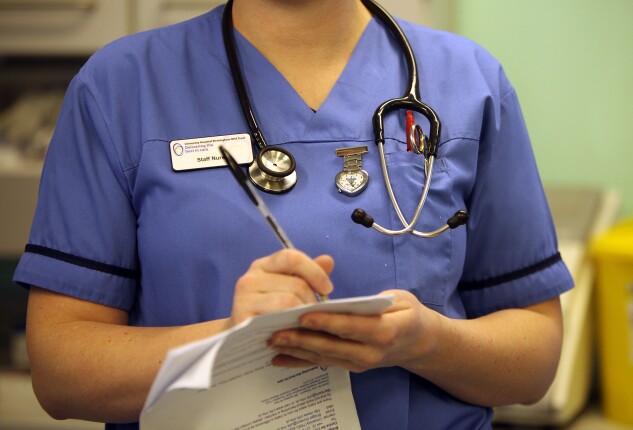 There were 14.8 nonfatal injuries from assaults for every 10,000 full-time workers across the private health-care and social assistance industry in 2018, according to Bureau of Labor Statistics data. That’s more than four times the average for all industries, 3.1 incidents for every 10,000 workers.

The bill would define workplace violence as any act or threat of force against an employee that could result in a physical injury, psychological trauma, or stress. It also would include any act where a firearm or an improvised weapon was used. Employers would be required to implement a workplace violence prevention plan for covered employees within six months of the interim rule being issued.

The White House said in a statement Tuesday that it considers workplace violence to be a serious concern but that Trump’s advisers would recommend a veto of the bill in its current form. The bill would mandate nationwide adoption of workplace violence rules enacted in California, the statement said.

“At a minimum, the administration does not support turning one state’s standard into a national standard without a cost-benefit analysis to assess whether doing so might benefit workers,” the Office of Management and Budget wrote, referring to California’s rules. “The administration also believes the bill’s timelines for issuing the interim final, proposed final, and final standards are inappropriate,” OMB added.

Putting the bill in place would cost $16 million from fiscal 2020 through 2024, subject to appropriations, according to a revised cost estimate Tuesday from the Congressional Budget Office. Costs would include hiring additional Labor Department personnel to support the rulemaking and improve information technology to manage employers’ records.

The bill’s direct cost to the federal government was estimated at $60 million through 2029. The higher spending would come from increasing OSHA staff to write and carry out the bill and higher Medicare payments to health-care facilities to partially cover their expenses, the CBO said.

Rep. (R-N.C.) said hours before the House vote that the “costly mandate” turns a “blind eye” to research and data.

“Currently, there is no agreed-upon set of policies to prevent and mitigate workplace violence for health care and social service workers, and researchers in the field have pointed out the need for additional studies to determine the most effective response,” she said.

More than 100 groups—including the AFL-CIO, the American Public Health Association, the National Association of Social Workers, and the National Council for Occupational Safety and Health—backed the bill, according to a May 23 dear colleague letter from Courtney.

“Federal support of research to identify best practices for different workplace settings and circumstances, and disseminating information about such best practices would do more to advance and promote workplace safety than the adoption of a ‘one-size-fits-all’ standard for compliance and enforcement,” Thomas Nickels, AHA’s executive vice president, said in a June 10 letter.