GOP members of the committee considering Lisa Gomez’s nomination to run the U.S. Department of Labor’s benefits arm want answers to questions they’ve submitted to her and to the administration about the new rulemaking on the use of environmental, social, and corporate governance factors in retirement portfolios, a senior Republican staffer on the panel told Bloomberg Law.

Sen. (D-Wash.), who chairs the Health, Education, Labor, and Pensions Committee, agreed to a request from Republican senators to delay a vote on Gomez’s nomination, according to the staffer, who requested anonymity because they didn’t have authorization to speak to the media. The extra time will allow Gomez to respond to questions about her ideas on ESG funds.

Gomez, who testified before Murray’s panel on Oct. 7, was omitted from a package of eight nominees who are scheduled to receive a committee vote Oct. 26. That group includes another nominee for DOL who received a joint confirmation hearing alongside Gomez.

A week after that hearing, the agency Gomez is picked to lead, the Employee Benefits Security Administration, released a proposed rule that would allow investors of workplace retirement funds to focus on environmentally friendly investments and cash in on companies combating climate change.

It wasn’t immediately clear when Gomez, a veteran union-side benefits attorney, will be considered for a committee vote, a necessary step before the full Senate can weigh in on whether to confirm her.

Gomez, a New York-based partner at Cohen, Weiss & Simon LLP, hasn’t focused her practice on ESG funds, and the topic didn’t come up during her confirmation hearing. 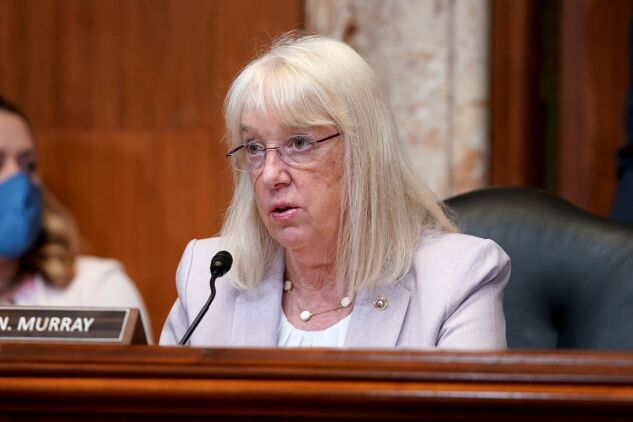 A Democratic aide to the committee confirmed there are “outstanding questions” for Gomez to address, but characterized it as a normal part of the panel’s work to vet a nominee. The aide, who declined to be named, said a committee vote on Gomez is expected “very soon.”

The agency’s proposal, released Oct. 13, reversed course on Trump-era moves that would have restricted ESG investing. Both rules went into effect in January, but the Biden administration adopted a non-enforcement policy stance in early March.

The GOP staffer said committee Republicans believe retirement plans should maximize return on investment. The point of a 401(k), the aide added, is to accumulate money for retirement, “not try to change the world.”

Media representatives for the Labor Department didn’t respond to a request for comment.

The pair of rules the Trump administration rushed to completion last year discouraged private-sector pension plans from considering environmental, social, and corporate governance factors such as climate change or working conditions when choosing the funds they offer participants.

The proposed rule EBSA issued last week would make it easier for retirement plan officials to consider ESG criteria in default investments and allow fiduciaries who make decisions on behalf of workplace retirement investors to use ESG criteria to break ties between similar investments. Investors holding shareholder rights under the rule could use their proxy voting powers to advance social causes that are equally in plan participants’ financial interests.