Companies doing business with the federal government have faced greater legal and regulatory changes than the average employer outside of health care under President , with more developments potentially ahead.

Quickly out of the gate, Biden ordered the U.S. Department of Labor to mandate that workers on federal contracts are paid a minimum of $15 an hour, a boost that took effect Jan. 30. The president’s order came after his administration failed to lift the federal minimum wage to $15 an hour economy-wide.

“The government does have a little more leverage with government contractors, with pushing more progressive policies,” said Erin Connell, a partner at Orrick Herrington & Sutcliffe LLP in San Francisco. “They’re choosing to do business with the federal government.”

The Labor Department office that polices government contractors wasted little time in ramping up its enforcement of anti-discrimination laws under Biden. Practitioners noted the agency was auditing contractors with greater intensity. The office also altered how contractors are required to handle affirmative action plans, enhancing accountability.

On top of those changes, contractors have had to prepare for a vaccine mandate that would apply to their workforces, though it isn’t being enforced as litigation plays out in appellate courts.

Several former Labor Department officials and attorneys who focus on government contracting said they anticipate more changes for businesses in this area, especially on the issue of pay data. The administration is also working on a rule to guide employers under a new “ban the box” law that limits federal contractors from asking about a job applicant’s criminal record.

By contrast with Biden’s broader labor and employment agenda, his administration focused in its first year largely on rolling back Trump-era actions. Further, major elements of Biden’s quest to aid workers have been held up by the collapse of talks on a sprawling tax and social-spending package ), and by Senate Republicans blocking a measure () to overhaul U.S. labor law to benefit unions.

Biden’s April 2021 executive order calling for the Labor Department to establish a $15 minimum wage on new or updated contracts was one of his administration’s first substantive moves on wage policy. The Obama administration took a similar action.

The mandate’s rollout was predictable for contractors; Biden promised the action during his first week in office. But the ping-pong of litigation over the White House’s federal contractor vaccine mandate has made compliance decisions challenging.

“For two months, I must have spent 80% of my time on that, because it’s very complicated,” said Lawrence Lorber, counsel at Seyfarth Shaw LLP and a former Labor Department official.

The contractor Covid-shot requirement was blocked nationwide in December, and four federal appeals courts are now considering its legality. Contractors could still be required to enforce the mandate—unlike the Biden administration’s shot-or-test rule for large employers, which was withdrawn last week after the Supreme Court’s conservative majority shot it down.

In December, the agency said it created an online portal for certification of contractors’ affirmative action plans. Contractors were previously required to have such plans, but the agency never confirmed their existence, unless a company was audited.

“The portal, actually, is a great idea,” said Patricia Shiu, who led the office during the Obama administration. “As a procedural matter, it will really enhance the agency’s ability to collect” affirmative action plans.

The plans track companies’ recruitment efforts and employment data relative to women, racial minorities, veterans, and workers with disabilities. Companies will now need to attest that they’ve updated them annually. 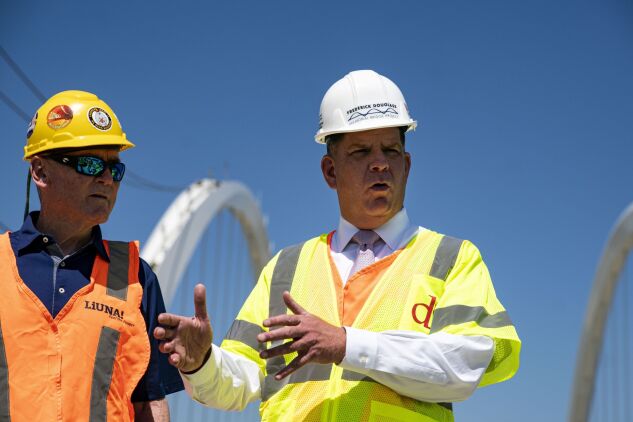 On the litigation front, the agency has been more quiet than observers expected. But shortly after Biden took office, management attorneys noticed the agency intensifying its enforcement, which could yield litigation in the future.

Connell, the Orrick attorney, said that momentum has continued. “Audits are heating up more—we’re definitely seeing that,” she added.

The agency filed its first, and thus far only, lawsuit of the Biden era against a subsidiary of ABM Industries Inc. in September, alleging the facility management company discriminated against Black and White applicants for janitorial positions, giving preference to Hispanic individuals.

The contractor compliance office will be a labor agency to watch in 2022, observers said, particularly once Democrats seize a majority on the U.S. Equal Employment Opportunity Commission. That will enable the workplace anti-discrimination agencies to collaborate more freely, several observers said.

“This fall, I think we’re going to see some action,” Connell said.

Yang, the OFCCP director, formerly chaired the EEOC and has worked with current Chair Charlotte Burrows (D). The two already unveiled a joint initiative focused on diversity and inclusion in hiring. More substantive policy actions by the EEOC will require a vote by the commission, which Republicans control 3-2. GOP commissioner Janet Dhillon’s term expires in July, giving Biden a chance to nominate a replacement.

In hiring, government contractors are now barred from asking about a job applicant’s criminal background before a conditional job offer has been extended. That new law, part of defense legislation Donald Trump signed as president, took effect Dec. 20. Employers are awaiting a proposed rule to implement the law, hoping it provides direction on how to comply and what kinds of jobs might be exempt.

Pay equity changes may also be afoot. During Yang’s time at the EEOC under then-President Barack Obama and, briefly, under Trump, she piloted a collection of worker pay data that occurred only once due to protracted litigation. She’s highlighted pay equity as a key priority for her agency.

“We’ve been expecting all along that Jenny Yang, running OFCCP, is going to move towards contractors reporting compensation data, similar to what she put through at the EEOC,” said Marc Freedman, vice president of employment policy for the U.S. Chamber of Commerce.

Contracts stemming from the new infrastructure law () could provide an opening, as the Labor Department will face pressure to ensure enforcement of related laws. The Wage and Hour Division is responsible for ensuring contracts meet a requirement to pay wages and benefits on par with similar local jobs, while the contractor compliance office will have free range to monitor for pay equity as well as compliance with anti-bias laws and affirmative action obligations.

Connell said the office’s general focus may branch out beyond pay equity, to look at racial and gender equity more broadly in compliance audits, as women and people of color have been disproportionately affected by the pandemic’s economic fallout.

“Its not just tackling concerns about pay equity, but about gender equity more broadly in terms of jobs that women hold,” she said.

To contact the editors responsible for this story: at jlauinger@bloomberglaw.com; at rmeszoly@bgov.com