Anthony Fauci, director of the National Institute of Allergy and Infectious Diseases, speaks during a hearing on Capitol Hill in Washington, D.C., March 12, 2020.
Photographer: Sarah Silbiger/Bloomberg

As a career civil servant, is not an easy man to fire, despite the pleas of a crowd of supporters chanting at a weekend rally.

The latest tiff between Fauci and the president came following Trump’s campaign statements that the U.S. has “turned the corner” on the pandemic. Fauci, in a Washington Post interview on Saturday, said America “could not possibly be positioned more poorly” as it heads into the winter. The U.S. recorded nearly 100,000 new cases Friday, the most at any point in the pandemic. 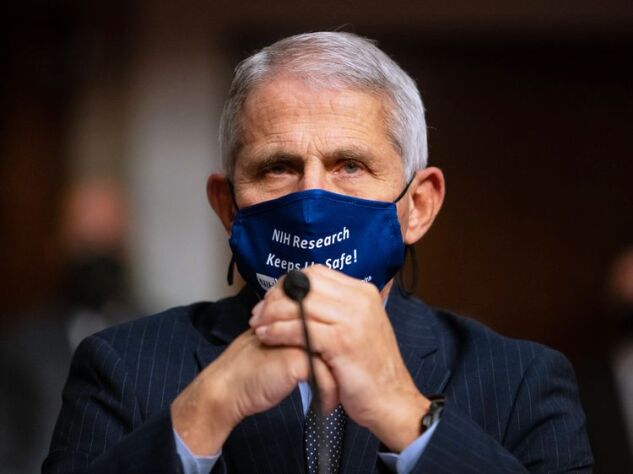 Fauci also offered praise for the campaign of former Vice President , saying it was taking the coronavirus “seriously from a public health perspective.” Then came the from the crowd at a Sunday evening rally for the president in Florida, mirroring the “lock her up” rally chants targeting Democratic nominee in 2016.

Fauci, a member of the Trump’s Coronavirus Task Force, has led the National Institute of Allergy and Infectious Diseases since being named in 1984 under then-President . Trump routinely muses about things in his rallies, and it isn’t clear whether he is considering firing Fauci. The president, though, has all but frozen out Fauci, who has lost influence to Scott Atlas, an adviser who downplays the risk of the virus.

It’s not the first time the issue of firing Fauci has surfaced. Speaking to reporters on Oct. 19, Trump said he didn’t want to fire Fauci. “I don’t want to, I don’t want to hurt him.” Trump said. “He’s been there for about 350 years.”

Fauci is a Title 42 senior-level federal employee, covered under the performance management system for members of the Senior Executive Service. The declined comment Monday on whether it believes it has the authority to fire him.

Fauci can only be fired by , his supervisor as the head of the , or , the Health and Human Services Secretary, for cause such as poor performance or misconduct, Seltzer Torre said.

“Even if that was proposed, it would have to be in writing and give specifics, and then Dr. Fauci would have an opportunity to respond orally and in writing,” according to Seltzer Torre. If a decision is made to go through with the firing, Fauci would have appeal rights to the , and ultimately to federal court, she added.

Collins, in a CNN interview in July, said, “I could not imagine doing something of that sort, no” when asked if he would fire Fauci if ordered by the president. 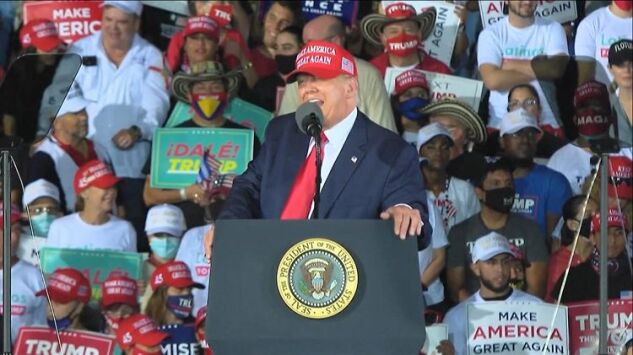 Calling Fauci “a national treasure,” Collins said in the interview that there is “nobody I know on this planet who is more knowledgeable about infectious disease, and has more experience over 50 years of his career.”

Being praised on CNN by your boss could be seen as evidence Fauci is doing a good job, if there was a move to fire him by Azar without Collins’s involvement. Collins didn’t directly answer whether he would resign rather than fire Fauci himself.

“Francis would never fire Tony,” said , professor of global health law at Georgetown University and director of the World Health Organization Collaborating Center on National and Global Health Law, referring to Collins and Fauci. “The only way the president could fire Tony would be to fire the NIH director and appoint a yes man in his place.”

If Trump is re-elected, though, “all bets are off,” Gostin said.

The question of whether Fauci’s status could be changed under a executive order affecting the status of civil-service workers -- and thus be fired more quickly -- likely will be resolved no later than Jan. 19, when a preliminary review from federal agencies of eligible policy making positions is due.

Based on the text of the executive order and initial guidance from the Office of Personnel Management, it’s unclear that Fauci’s status can be changed, said Deborah Hopkins, president of the , which provides employment law training to federal managers.

“It remains to be seen” whether the application of the executive order “will be narrow or broad,” Hopkins said. The guidance, she added, “indicates a lot of flexibility.”

Tim Stretton, a policy analyst at the Project on Government Oversight, said the order could well make it easier to fire Fauci. Under the order, Stretton said, agencies would identify employees who work on policy, including directly making it or influencing it in some way.

Those workers would not receive the same protections as civil servants do today. Given Fauci’s role in the coronavirus response, it’s “not hard” to see how he could be deemed as a person with a hand in shaping policy, Stretton said.

To , CEO of the Partnership for Public Service, this situation embodies the purpose of protecting career government employees: So the U.S. can hire workers and they can speak freely without fear of political retribution.

”President Trump is taking the hammer to career civil servants and the purpose of it,” Stier said of the recent executive order.

Fauci has been a frequent Trump foil since early in the pandemic when he urged caution about ending social-distancing measures in testimony before Congress in early May. Additionally, he would sometimes push back against claims made by Trump about drugs or science.

When Trump began pushing for reopening the country, Fauci warned a Senate panel in early May that doing so too soon could lead to new outbreaks. “There is a real risk that you will trigger an outbreak that you might not be able to control,” Fauci testified on May 12.

Last week, 14 states spanning the Rocky Mountain West to Pennsylvania recorded all-time highs in cases, the most of the pandemic.

Even if Fauci’s status isn’t changed, scientists who work for him easily could be, said Diane Seltzer Torre of the Seltzer Law Firm in Bethesda, Md. “Why are we targeting these people?” she asked.