A Tesla Inc. vehicle drives past the company's assembly plant in Fremont, Calif., in August 2020.
Photo by: David Paul Morris/Bloomberg

has paid more than $1 million to a Black former employee who won a ruling that the company failed to stop his supervisors from calling him the “N-word” at the electric-car maker’s northern California plant.

The rare by an arbitrator to Melvin Berry, which followed a closed-door proceeding, caps years of complaints from Black workers that Tesla turned a blind eye to the commonplace use of racial slurs on the assembly line and was slow to clean up graffiti with swastikas and other hate symbols scrawled in common areas. It ends a yearslong and emotionally grueling fight launched by Berry, who was hired by the company as a materials handler in 2015 and quit less than 18 months later.

Arbitration , but court filings reveal that the arbitrator found Berry’s allegations more credible than Tesla’s denials, though she called it a “difficult” case after hearing from witnesses on both sides. Berry claimed that when he confronted a supervisor for calling him the “N-word” he was forced to work longer hours and push a heavier cart.

“I hope the world knows that an arbitrator found Tesla treats its employees like this,” Berry, 47, told Bloomberg News in a phone interview Wednesday. He said he’s now taking time off to focus on his mental health as he still hasn’t “gotten over the healing process.” 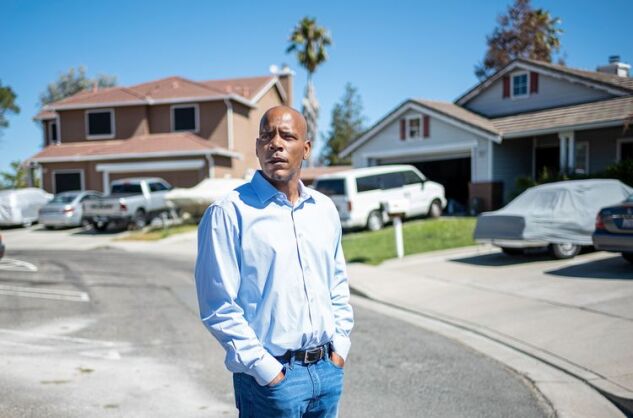 “Case law is clear that one instance of a supervisor directing the N-word at a subordinate is sufficient to constitute severe harassment,” arbitrator said in her May 12 ruling, which hasn’t been previously reported. Rushing, a former judge in Sonoma County Superior Court for almost two decades, said she found Tesla liable for harassment because it was perpetrated by Berry’s supervisors.

Tesla has vehemently denied the allegations in Berry’s case and others like it, saying in a 2017 statement that the company “is absolutely against any form of discrimination, harassment, or unfair treatment of any kind.” Tesla didn’t respond to a request for comment. Danielle Ochs, a lawyer who represented the company in Berry’s arbitration, also didn’t respond.

It’s challenging for employees to win discrimination cases in arbitration because the evidence-gathering process is more restrictive than in court, making it harder to prove claims of wrongdoing, said , a San Francisco employment lawyer who wasn’t involved in the case.

“Racial discrimination awards are rare and it seems this was especially hard fought,” he said. Rushing “was clearly troubled by the facts, culture at the company and the tone of the defense.”

The widespread use of mandatory arbitration by employers has come under fire since the #MeToo movement exposed it as a tool that effectively keeps sexual harassment complaints quiet. In recent years, employee and shareholder activists pushed several large companies, including Facebook Inc., Microsoft Corp., Uber Technologies Inc. and Lyft Inc. to end its use for sexual harassment cases. But racism is just as ubiquitous, and Black Lives Matter has drawn attention to the role of arbitration in racial discrimination claims.

While Berry’s arbitration was confidential, which is typical, his victory came to light in a standard petition his lawyer filed in court to enforce the arbitrator’s order. His lawyer, Lawrence Organ, said in a phone interview that his client won’t be taking any further legal action as Tesla has since paid the award.

Three-quarters of the $1.02 million award is for Berry’s attorneys’ fees and legal costs. Rushing also directed Tesla to pay the ex-employee $266,278.50 in damages, including $100,000 to compensate for emotional distress.

In its defense, Tesla said there’s no written evidence, even in Berry’s medical records, that he had complained to co-workers or human resources about his supervisors addressing him with the “N-word.” Berry left the job voluntarily and only deserves $148 for his economic losses, Tesla argued, according to the arbitrator’s ruling.

The company said Berry agreed that his emotional suffering was “garden variety,” what an ordinary person would experience in the same circumstances, while arguing that he’s barred under workers’ compensation law for collecting any damages for it.

After his supervisors turned against him, Berry alleged, he suffered from sleepless nights, panic attacks, depression and anxiety, prompting him to seek help from a psychologist for the first time, according to the ruling. He broke down during the arbitration proceeding as he recalled how he “became quiet and cried a lot” and “questioned his sanity,” Rushing wrote.

The arbitrator said there were “serious questions” about the credibility of a supervisor who wrote Berry a warning letter for slacking off on the job.

“This is a case of a 23-year-old White man with only a high-school education supervising a 43-year-old African-American man with a college degree, a classic invitation for serious resentment,” she wrote.

Tesla has more than 80,000 employees globally, and roughly 10,000 work at its auto plant in Fremont, California, in the San Francisco Bay Area.

Other lawsuits and complaints to California authorities echo Berry’s allegations. In late 2017, a Black worker, Marcus Vaughn, tagged the plant as a “hotbed of racist behavior” in a suit. Tesla responded with a lengthy blog post titled “Hotbed of Misinformation,” saying the company had investigated the alleged incidents and fired three people as a result.

An ex-Tesla employee who worked at the Fremont factory for about two years said in a sworn declaration in the Vaughn case that he had heard the “N-word” used at least 100 times by co-workers and that Black and White employees alike referred to the factory as “the plantation” or “slaveship.”

In April, a judge in Alameda County Superior Court rejected Tesla’s request to block Vaughn from seeking class-action status to represent other workers. Separately, a contract worker who came to Tesla as an elevator operator in 2015 is set to face off against the company over in a September trial.

In 2020, 31 complaints were filed with California’s Department of Fair Employment and Housing alleging discrimination at Tesla on the basis of race, age, gender expression, disability and pregnancy, according to data obtained from public records. The state agency issued right-to-sue letters in a majority of the cases; a handful were closed with insufficient evidence.

In July, , Tesla’s vice president of people, posted on the company’s blog to remind employees about the use of slurs and epithets as they prepared to return to offices.

“Tesla expressly forbids all such slurs, epithets or derogatory expressions based on any characteristics a person may have. Regardless of intent,” she wrote. “And per our longstanding policies, we will take immediate disciplinary action if we find that any employee has used these words toward anyone at our work locations.”

Berry, who lives in Antioch, California, said he’s planning to set up a media company that does motion design and animation. Looking back at the contract he signed with Tesla that included an arbitration clause, he says if he knew that it meant giving up the right to sue in court, he’s not sure he would’ve signed it.