An investigation into stock trading throws into question his political future and the direction of a crucial Senate domestic policy committee.

Burr (R-N.C.) has been in line to helm the Health, Education, Labor, and Pensions Committee, as Chairman (R-Tenn.) retires at year-end, as will senior members (R-Wyo.), who leads a subcommittee focused on health care and retirement security, and (R-Kan.).

But Burr stepped down May 14 as chairman of the Intelligence Committee after FBI agents seized his mobile phone for the probe into his $1.7 million sale of stocks in February as the coronavirus pandemic loomed. The inquiry has also entangled Sens. and .

Burr is widely seen as the senior GOP member most likely to maintain Alexander’s direction for the HELP Committee by taking on an overhaul of the Higher Education Act and health-care costs, while focusing less on labor matters.

“It’s anyone’s guess if Senator Burr will be around to chair the committee, given his legal trouble,” said Michael Feldman, a spokesman for the Democrat-aligned Protect Our Care, created to defend Obamacare. “Even if he is around, it’s looking more likely he could be in the minority given the increased odds of Democrats taking back the Senate.” President ‘s efforts to overturn the Affordable Care Act strengthen Democrats’ case to voters, he said. 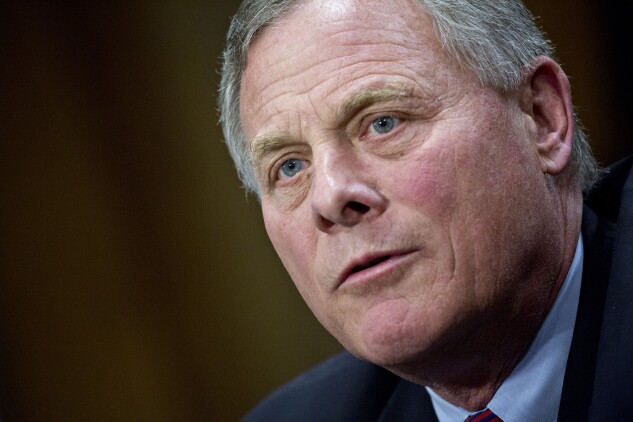 (D-Wash.), currently ranking member of the committee, would likely take over the chairmanship if Democrats control the Senate. Under her leadership, Democrats would likely tackle an update of the higher education law and make oversight of labor and workplace policy priorities.

At stake right now are key legislative efforts derailed by the coronavirus pandemic. The HELP committee handles about 30% of Senate legislation, Alexander told Bloomberg Law in a statement. These range from student debt and worker pensions to health care.

Reauthorizing the Higher Education Act this year would be a legacy item for Alexander, a former education secretary and president of the University of Tennessee. His and Murray’s offices were discussing the framework of a bipartisan agreement this spring, before the pandemic struck.

The dim prospects for a new higher ed law this year make the question of who succeeds Alexander in the chairman’s spot next year even more relevant, said Tamara Hiler, director of education at the think tank Third Way.

“If an outstanding issue like HEA is on the table, it’s going to be really important who is at the helm of those conversations,” Hiler said.

Less is known about Burr’s higher ed priorities than Alexander’s, although he has sponsored a bipartisan proposal to simplify student loan repayment, a priority of the outgoing chairman. Murray has pushed for the creation of a federal-state partnership to address college affordability and strengthening protections for students against low-quality college programs. Any reauthorization proposal would need bipartisan support to move out of the committee.

Murray’s office didn’t respond to a request for comment about the ethics investigation targeting Burr or how it should affect leadership of the committee.

Burr’s stock sales occurred over a single day in February before the economic downturn caused by the pandemic. The senator maintains he made those sales based on public news reports, not based on a closed-door briefing.

“Even if he isn’t indicted, he would be surrounded by a cloud of scandal. The Republican leadership is unlikely to want him to be held as example of the Republican Party,” , Public Citizen’s Capitol Hill lobbyist on ethics, said.

Burr in recent years has invested in companies overseen by the congressional committees where he sits or leads, according to federal financial disclosures. These investments aren’t illegal as long as Burr makes purchases or sales based only on information that’s public.

Burr in 2019 owned hundreds of thousands of dollars in investments in banks, health-care companies as well as oil and gas companies, according to his disclosures with the Senate.

Burr and his wife invested more than $35,000 with in 2019 while he sat on the Senate Finance Committee and they bought and sold stocks for Elanco Animal Health, formerly part of the drugmaker , while he was part of the HELP Committee in 2019.

The Burrs owned almost $40,000 in stock in Avanos Medical, a medical technology company that focused on pain management, while the HELP Committee debated opioids legislation last year. They also owned $65,000 worth of stock in drugmaker about a month before he voted against a major drug-pricing proposal (S.2543) that came before the Finance Committee in 2019, according to the disclosures.

A representative for Burr declined to comment, refusing to speculate on the committee’s future leadership.

Alexander’s departure will be a big change for the committee, said Vic Klatt, a lobbyist on education issues at Penn Hill Group and a former staffer on the House Education and Labor Committee. “When it comes to his influence on education policy, there is no one else like him,” he said.

If Burr takes charge of the panel, all signs point to him maintaining health policy as a priority, said (R-La.), a physician and HELP member.

Burr has criticized the Food and Drug Administration on its plans to ban menthol in cigarettes and has opposed measures that levy new user fees on drug production.

“The path forward would be to build on those successes,” she said.

Though it would be unusual, another member of the HELP committee could challenge Burr if the ethics questions become a major issue, a committee staffer said, speaking on condition of anonymity.

Collins’s office didn’t respond to a request for comment. Paul declined to speak to a Bloomberg Law reporter.

Andrew Kreighbaum
Reporter
Burr Stepping Down as Chair of Intelligence Panel Amid Probe
© 2022 The Bureau of National Affairs, Inc.
All Rights Reserved