A year ago, California looked like an existential crisis for Uber and Lyft. Now, a $200 million political campaign has turned the state into a legal fortress for the same companies, one that could help them repel threats from Washington and elsewhere.

On Election Day, voters in California , a ballot measure bankrolled by Uber, Lyft, Postmates, DoorDash, and Instacart that declares their drivers to be independent contractors while affording them certain perks. Prop 22 excludes the drivers from AB 5, a state law last year that made employees of gig workers whose roles were in the “usual course” of a company’s business. As employees, they were entitled to an hourly minimum wage, overtime, paid sick days, and unemployment and worker’s comp benefits. Prop 22 pulls back from that, instead promising drivers a guaranteed minimum pay rate while they’re assigned a task; a review process for terminations; and health stipends if they work enough hours. A University of California at Berkeley analysis concluded that after accounting for full expenses and wait times, the proposition’s pay guarantee is worth less than $6 an hour. (The companies dispute this.) Prop 22 also restricts local regulation of the gig companies, and bars legislators from trying to change its new status quo unless they have a seven-eighths supermajority and their reforms are in line with Prop 22’s original intent.

The companies spent the hundreds of millions of dollars on ads that were all but unavoidable in California for much of 2020, as well as a barrage of ads that were very much unavoidable inside their own apps. As far as return on investment goes, it was money well spent. Uber and Lyft alone gained more than $10 billion in market value after the vote, and defanged a recent state court that would have required them to reclassify their drivers as employees. 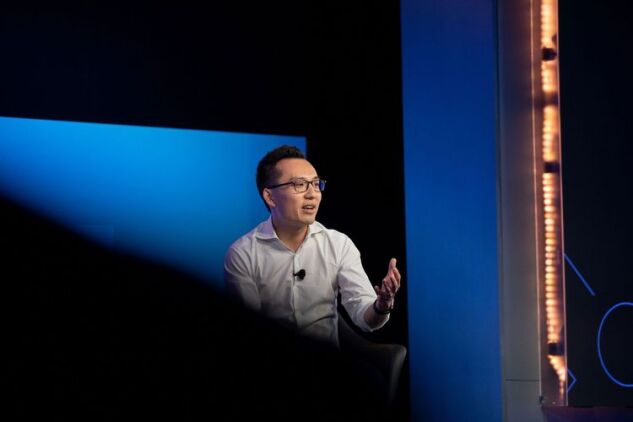 The companies don’t plan to stop there. “You’ll see us more loudly advocate for new laws like Prop 22,” Uber Chief Executive Officer said on a Nov. 5 earnings call. DoorDash CEO said in a statement: “We’re looking ahead and across the country, ready to champion new benefits structures that are portable, proportional, and flexible.” Gig executives are also signaling interest in a detente with the unions they just beat at the ballot box. A deal with union buy-in could prove an easier sell in other states, or in Washington, D.C. “It’s time for peace” between tech companies and labor, Lyft President said in a statement. Postmates Vice President Vikrum Aiyer says his company will “continue to build on a multiyear, worker-led movement in 2021,” and to extend a hand to organized labor, “in hopes of an unclenched fist.”

In New York, Uber has been in talks for a couple years with local unions about potential legislative compromise. In 2016, the company a deal with the Machinists union to create and fund an “Independent Drivers Guild.” The guild is affiliated with the union, advocates for drivers, and appeals terminations, but cannot call a strike or fight for full employee status. After Prop 22 passed, the guild urged advocates to set aside legal battles in favor of legislation that would let contractors negotiate together. “At the end of the day, I think collective bargaining in whatever form it comes in is the most important thing,” says Brendan Sexton, the guild’s executive director. He hopes New York’s legislature will pass such a deal in the coming year, “barring any more pandemics.”

Some worker advocates say accepting contractor status is a non-starter. “This is a time to regulate these companies, because they don’t want to follow any law—they just want to write their own,” says Nicole Moore, an organizer in Los Angeles for the advocacy group Rideshare Drivers United, which is backed by the Transport Workers Union. “Employment status is crucial to having an economy that’s not just based on workers’ exploitation.”

In Washington, barring an upset in the forthcoming Georgia Senate runoffs, a likely stalemate between a Democratic House and a Republican Senate would probably forestall any federal iteration of AB 5 heading to a President ’s desk. Yet if a Biden administration proves as worker-friendly as many of the former vice president’s campaign pledges, the executive branch could use existing federal statutes to conclude that gig workers already meet the federal definition of employees. In that case, the U.S. Department of Labor could sue gig companies for failing to pay minimum wage and overtime, and the National Labor Relations Board could grant petitions for unionization elections. (Of course, now that Trump has appointed three U.S. Supreme Court justices and more than 200 federal judges, this path carries its own risks.) 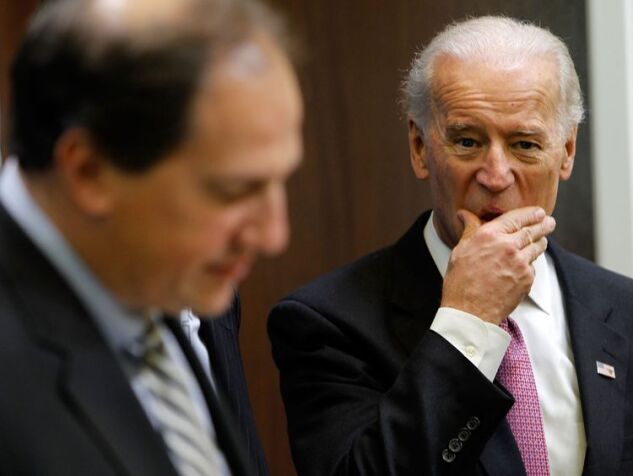 One early test for Biden, who recently promised to be “the most pro-union president you have ever seen,” will be whether he fires , Trump’s appointee as the NLRB’s top prosecutor. Under Robb, a corporate lawyer who helped the air traffic controllers’ union in the 1980s, the agency’s general counsel office that Uber drivers aren’t employees and so their claims should be dismissed. Unless he’s dismissed early, Robb’s term at the NLRB runs through next November.

Some Biden advisors have advocated compromise in the past. , an acting secretary of labor during the Obama administration, a 2015 paper proposing a new intermediate category of protections for gig workers, which Lyft cited in a press release celebrating Prop 22’s passage. Harris has been a key adviser to Biden on labor issues, according to people familiar with the campaign, and his allies have been pushing him as a contender for labor secretary, says , president of the American Federation of Teachers. 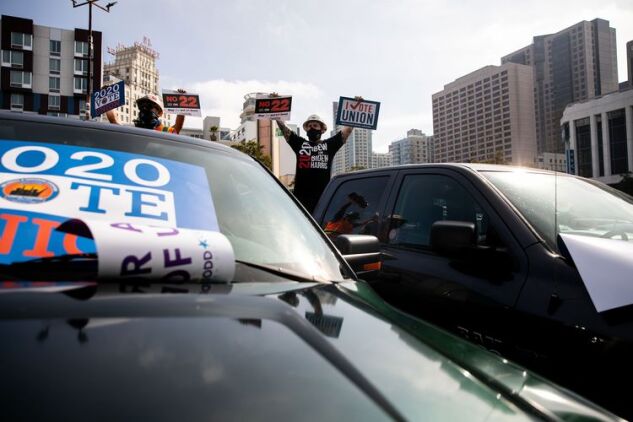 Team Biden has a long list of direct connections to the gig companies. , an overall policy leader on the campaign, has consulted for Uber on its previous efforts to cut a Prop 22-esque deal with California unions. Laphonza Butler, a former union leader who also advised . Uber’s head lawyer, former Obama Department of Justice appointee , is Harris’s brother-in-law. Lyft Chief Policy Officer and board member both hosted fundraisers for Biden; they were Obama’s transportation secretary and senior adviser, respectively.

Their personal networks notwithstanding, Biden and Harris both opposed Prop 22. They campaigned on enacting a labor bill passed by the Democratic House this year that would make more gig workers employees. Given the overwhelming pressure for more federal stimulus during the pandemic, however, some union officials say they’re worried that provisions loosening employment rules could wind up in a stimulus bill as a trade-off for job training, unemployment benefits, or health assistance for gig workers.

Back in California, Governor , who stayed neutral on Prop 22, has support for a deal that would protect “flexibility and innovation” in ride-hailing while providing the industry’s drivers a “voice at work.” Uber’s efforts to reach some peace deal with California unions date as far back as 2016, and Lyft continued approaching labor leaders this past fall. Last year, both companies suggested creating a “sectoral bargaining” system that would allow non-employee drivers to engage in industrywide talks over working conditions.

That prospect still divides labor. At a September meeting of Newsom’s Future of Work Commission, which is tasked with recommending ways to improve jobs, an analyst for the United Food & Commercial Workers union said the gig companies’ support for sectoral bargaining is itself a reason to proceed with caution about it. “Some of the worst violators of labor laws have been proposing this,” said the commission member, John Marshall, and “we are not going to allow this process to set workers back.” , the commission co-chair and the international president of the Service Employees International Union, says sectoral bargaining could help gig workers improve their jobs, and that she’ll follow their lead when it comes to dealmaking efforts. “I’m really anxious to hear what the drivers think,” she says.

, who leads the Teamsters’ Northern California affiliate, says he’d be open to a deal to provide some representation to gig drivers if it would expand the union, help the workers, and not subvert the employment status of drivers at other companies. “There might be a compromise someplace,” he says. “But you can’t find that out unless you’re sitting down talking about it.” He says he hasn’t heard from the gig companies since Election Day: “They’ve got to finish drinking all that Champagne they bought with that extra $10 billion.”

To contact the author of this story:
in Palo Alto at jeidelson@bloomberg.net