The U.S. Capitol is pictured at dawn on Friday, Jan. 8.
Photographer: Al Drago/Bloomberg

Workplace legislation approved by the House that later died in the Republican-controlled Senate during the last Congress still faces a tough road to become law, even with Democrats holding slim majorities in both chambers.

Democrats will have a razor-thin edge in the Senate thanks to victories by Raphael Warnock and Jon Ossoff in the Jan. 5 runoff election in Georgia, which created a 50-50 split. Vice President-elect will be able to cast tie-breaking votes once she is sworn Jan. 20, but Democrats will have no margin for defections.

Some Democratic labor and employment bills could be rebooted in the new Congress with the expectation of better prospects in the Senate, but the filibuster will allow Republicans to effectively require 60 votes to pass legislation. That will force Democrats to work with Senate Republicans, creating a significant barrier for House-passed legislation that bucks traditional GOP policy orthodoxy.

Yet House Democrats also may have difficulty in moving as many workplace bills as they did over the last two years, when they signed off on measures seeking to raise the minimum wage, strengthen union rights, reduce gender-based pay disparities, and protect pregnant and older workers.

Their majority dropped from more than 35 seats in the last Congress to just 11 seats now, altering the political calculus for Speaker (D-Calif.) and committee leaders. Further legislative action to address the coronavirus pandemic and its economic fallout will continue to dominate the debate, plus Pelosi may face greater resistance from within her own conference, said James Plunkett, a senior government relations counsel with Ogletree Deakins.

“It’s not like they can just take the list of bills, pass them, and send them to the Senate,” said Plunkett, former director for labor law policy at the U.S. Chamber of Commerce. “It’s going to be a challenge.”

Democrats will either reintroduce labor and employment legislation that the House passed during the last Congress or address those same issues with modified bills, said Marc Freedman, the Chamber’s vice president of workplace policy. He said there’s “no question” that those lawmakers will revisit their “unfinished business.”

Sen. (D-Wash.), currently the ranking member of the Senate Health, Education, Labor, and Pensions Committee, is seen by Hill insiders as most likely to wield the gavel. But with 50 Senators in each of the Republican and Democratic caucuses, it’s difficult to forecast how labor and employment bills will fare in committee, or what their prospects will be if they clear that stage.

A 50-50 alignment with the vice president breaking ties provides no room for error in the Senate, but if legislation looks like it might have a chance there, that also could be a problem for House lawmakers, as it will no longer be a free vote, Freedman said.

“It’s one thing to shove legislation through the House and know it will die in Senate,” he said. “It’s another thing to move legislation knowing it might have a chance in the Senate. You start to look at things more closely.”

The Pregnant Workers Fairness Act, which the House passed in September by a 329–73 vote, should have the easiest time winning approval in the new Congress, said Judy Conti, government affairs director at the National Employment Law Project, a worker advocacy organization.

The bill would give pregnant workers the right to accommodations on the job, like water breaks or seating. It’s intended to clarify ambiguities left by the U.S. Supreme Court’s 2015 decision on pregnant worker accommodations. Beyond broad bipartisan support in the House, the measure was also endorsed by the Chamber of Commerce, Conti noted.

“There’s no excuse not to take this up and pass it quickly,” she said.

Other measures, like those designed to protect older workers and close the gender-based wage gap, may also receive some Republican support, Plunkett said. The slim Democratic majorities will allow some of their workplace bills to get a test in the Senate as well as the House, he said.

“Over the last few years,” he said, “there wasn’t even the opportunity for that vote to take place.”

Other legislation affecting workers and their employers that the House approved but died in the Senate during the last Congress include: 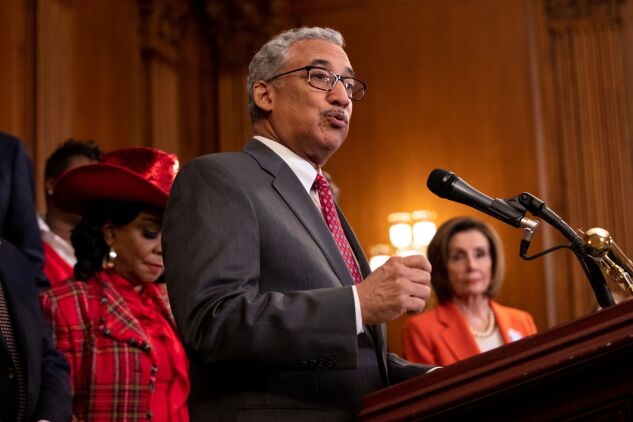 As Senate majority leader, (D-N.Y.) will control the Senate’s schedule and decide what measures can be considered for a vote by the full chamber. Still, getting bills to the floor for a vote will usually require overcoming Republican resistance and the 60-vote requirement to block a filibuster, said Sarah Binder, a political scientist at George Washington University and the Brookings Institution.

Rep. Hank Johnson (D-Ga.) is optimistic that Democratic control of the Senate will make it possible for more legislation to become law and will reintroduce the Forced Arbitration Injustice Repeal Act in the new Congress, spokesman Andy Phelan said.

Rep. Bobby Scott (D-Va.), who leads the House Committee on Education and Labor, said he looks forward to Democratic leaders in the Senate “continuing the work of House Democrats and prioritizing bills that achieve equity in our public school system, ensure all Americans can work and retire with dignity, expand access to high-quality, affordable health care, and provide relief to communities during the COVID-19 pandemic.”

“After four years of chaos and dysfunction,” Scott said in a statement, “Congress has an obligation to enact real change for all Americans.”