U.S. Labor Department leadership opted to not appeal its loss in a high-stakes lawsuit against Oracle despite warnings from in-house lawyers that abandoning the case would undermine the government’s future prosecution of pay discrimination.

Weeks before leadership announced their decision, the department’s most-senior civil rights attorney argued in a Nov. 13 memo that it would be “troubling” and present “significant obstacles” if DOL’s Office of Federal Contract Compliance Programs didn’t appeal an administrative law judge’s decision—which held that tech giant hadn’t illegally underpaid women and minority employees, as the agency had asserted.

Dropping the case could have long-term effects for the DOL’s government contractor watchdog because the agency’s “enforcement scheme would be potentially jeopardized,” Associate Solicitor for Civil Rights and Labor Management Beverly Dankowitz said in the memo to department political leaders.

DOL career attorneys followed up by drafting a 117-page appeal brief in which they argued that Oracle systematically discriminated against female, Asian, and Black employees and that the judge’s decision should be overturned by DOL’s Administrative Review Board.

The draft appeal brief was sent to DOL’s chief legal officer, Solicitor Kate O’Scannlain, Dec. 2. The next day, O’Scannlain and OFCCP Director Craig Leen, both of whom were politically appointed during the Trump administration, announced publicly that they’d reached a decision contrary to the recommendations of the litigators who’d spent the past four-plus years pursuing the case.

“The Solicitor of Labor and I have decided not to pursue the case further because we believe the likelihood of prevailing on appeal is low and because OFCCP no longer evaluates compensation in the manner rejected by the ALJ in this case,” Leen said in a public statement.

Copies of both documents were shared with Bloomberg Law. It’s not unexpected that the career civil servants who pursued the longstanding case would recommend continuing what amounted to the DOL’s most noteworthy pay-discrimination case in years, in which it sought $400 million from Oracle. Further, Dankowitz’s memo outlining the reasons for appeal is standard agency procedure to inform political leadership, who have the power to make the ultimate call.

But the arguments in both documents underscore how the Trump administration’s move to jettison a politically sensitive case in its final weeks in office could pose challenges for the incoming Biden administration in combating gender and race inequities among millions of workers at companies that hold federal contracts.

‘s administration is likely to pursue pay-bias enforcement as part of a broader campaign to increase equity, diversity, and inclusion. Now, federal contractors have a precedential ruling that could be used to undercut the agency in court, especially in how it uses data to support its argument.

“It’s emboldened contractors to say, ‘You know, if you’re demanding millions of dollars, I’m going to take my chances litigating,’” said David Cohen, co-chair of the Institute for Workplace Equality, a federal-contractor group specializing in compliance.

A Labor Department spokesman said in response to Bloomberg Law’s questions about the documents: “We will not comment on an internal, privileged, deliberative process except to say that it is quite common for work to proceed on a legal brief even as decision-making continues as to how to proceed with the case.”

The statement said DOL “will evaluate what steps are appropriate in light of this unauthorized disclosure of attorney-client privileged information.”

A media representative for Oracle didn’t immediately respond to email and phone requests for comment.

The department’s suit against Oracle was filed in January 2017, just before former President left office. In September, Administrative Law Judge Richard M. Clark held in a 278-page ruling that the technology company didn’t discriminate in pay—a decisive loss for the DOL, in the view of attorneys that represent federal contractors. 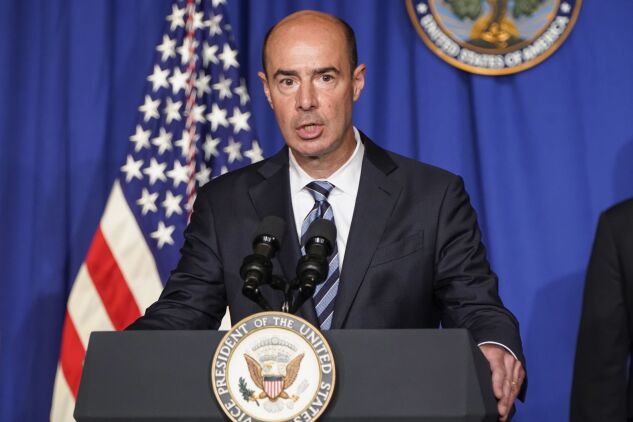 The decision not to appeal the judge’s findings could have major implications not only for how the agency is perceived externally, but for the legal strategies it employs when pursuing pay-discrimination allegations, Dankowitz said in the memo. She recommended appealing only the allegations of intentional compensation discrimination, also known as disparate treatment claims.

“Because there are few OFCCP compensation cases litigated to a decision, each case is highly scrutinized and treated as precedential by stakeholders (whether or not it is a final decision of the ARB),” her memo stated. As such, were the decision to stand, she argued, the agency’s enforcement system would then struggle to maintain a heavy reliance on certain approaches to mathematical pay-data analysis—referred to as “regression models.”

Dankowitz, who declined comment when reached by phone, wrote that the judge’s findings “introduce a heightened standard” for proving pay bias that contradicts precedent established by Title VII of the 1964 Civil Rights Act. For instance, the judge shouldn’t have allowed Oracle’s expert labor economist to introduce a new variable in his pay-data analysis without evidentiary support, she said.

The OFCCP’s expert witness, Dr. Janice Madden, “relied upon Oracle’s own descriptions of its job hierarchy to group employees and study their pay,” Dankowitz wrote in the memo, and Madden’s approach was consistent with Title VII.

“One can easily imagine that employers will rely upon ALJ Clark’s findings to ‘rebut’ any future OFCCP findings of compensation discrimination: OFCCP may have demonstrated statistically significant inequities within an employer, but the fault rests with broader societal inequities and not with the employer,” the attorney said. “This will likely leave OFCCP in an untenable position in future cases.”

The concerns DOL attorneys outlined in the documents speak to a longstanding clash between federal contractors and the OFCCP over how it conducts statistical analysis to determine whether a federal contractor discriminated against workers in pay.

Federal contractors have claimed for years that the agency doesn’t accurately determine whether bias occurred. And observers have already said that the DOL’s loss against Oracle could have a substantive impact on how compensation analysis is done.

Civil rights groups said it could give the agency an argument to pull back from pay-bias enforcement to regroup after the loss. Management attorneys predicted it also could cause federal contractors to pause efforts to settle enforcement actions, given the agency’s losing record.

“If you look at the two cases that OFCCP’s litigated, they’re 0 for 2,” Cohen added, referring to another DOL loss in pay-bias litigation, to medical imaging and security technology company Analogic Corp.

The revelation of internal disconnect over appealing the Oracle case comes after Democrats questioned Labor Secretary about allegations that he tried to aid a company whose co-founder, Larry Ellison, is an ally and fundraiser for Trump, and whose CEO, Safra Catz, was on Trump’s 2016 transition team.

Scalia faced scrutiny in connection with the Oracle prosecution after the DOL West Coast solicitor and lead attorney litigating the case, Janet Herold, filed a whistleblower complaint against him. Herold alleged that Scalia retaliated against her by ordering her to be reassigned to a non-legal post after she voiced concerns internally that, in her opinion, he had tried to improperly intervene to produce a lesser settlement.

Herold, who is now facing termination after refusing the transfer, wrote to Scalia on Monday, criticizing him for “improper communications with Oracle, a close and public ally of President Trump.”

Scalia has denied her transfer was an act of illegal retaliation and said through spokespeople that he’s never talked with Oracle leaders or the company’s attorneys about the case. Scalia wasn’t aware of Herold’s opposition to his alleged role in the lawsuit at the time she learned of her reassignment, a DOL official wrote in a Dec. 4 letter to Rep. (D-Conn.).

In studying the Oracle case ahead of the December 2019 trial, Scalia came to question Herold’s view that the department had a strong case, according to the same letter to DeLauro. For instance, Scalia accused her of misstating facts about a key government witness.