Lawmakers continue to negotiate the shape of the next virus relief package.
Photographer: Al Drago/Bloomberg

Democrats are demanding more Republican concessions to meet an end-of-the-week deadline for a deal on pandemic relief, and one of the chief White House negotiators warned there is little time left for negotiations.

“While we have started to generate some forward momentum, we need our partners in the White House to go much further on a number of issues,” Senate Democratic leader said Wednesday. 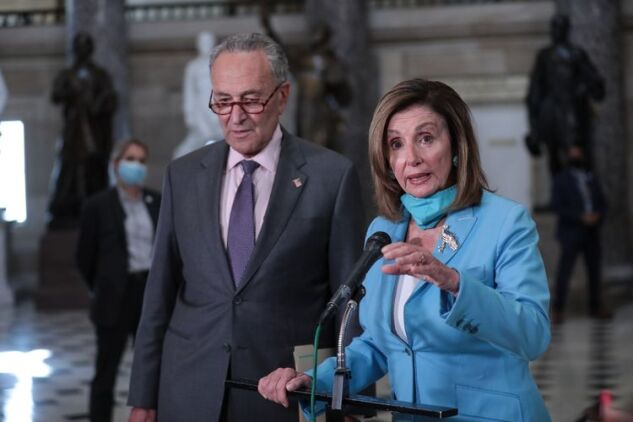 White House Chief of Staff said the administration and Republicans have given more ground than Democrats in talks with Schumer and House Speaker . He and Treasury Secretary suggested further talks may be fruitless if the two sides can’t agree soon on the general outlines of a stimulus package.

“Our objective is to try to reach an understanding of the major issues by Friday,” Mnuchin said after Wednesday’s round of negotiations. Schumer said that he and Pelosi confronted Meadows about the Friday deadline, and indicated they’d be willing to stay at the table even if a deal weren’t done by then.

“We continue to be trillions of dollars apart in terms of what Democrats and Republicans hopefully will ultimately compromise on,” Meadows said. 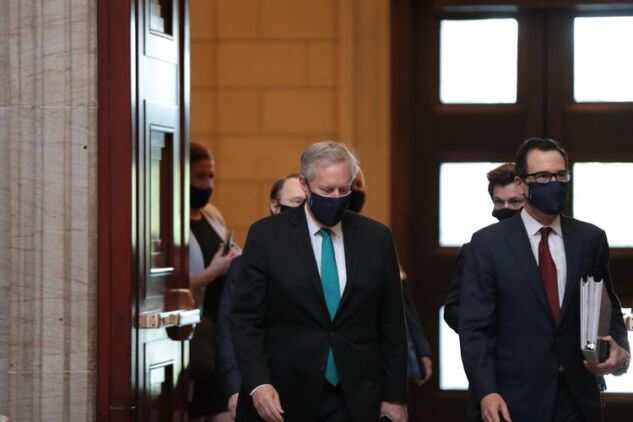 Mark Meadows, left, and Steven Mnuchin, arrive for a meeting at the US Capitol on Aug. 5.
Photographer: Cheriss May/Bloomberg

Meadows and Mnuchin also said that President is prepared to take unilateral action to extend supplemental unemployment benefits and a moratorium on evictions both of which have expired, if they are still far apart by the end of the week. It’s unclear how that mechanism might work.

Meadows said he and Mnuchin plan to resume talks with the two top Democrats on Thursday.

The White House has offered $400 per week in supplemental unemployment benefits through Dec. 14, which the Democrats have rejected since they’re insisting on $600 per week, according to people familiar with the details. Mnuchin and Meadows also put $200 billion in state and local aid -- including $105 billion in education money -- on the table, but that’s still far less than the $1 trillion Democrats were seeking. The White House also agreed on extending a moratorium on evictions through mid-December.

In response, Democrats have said they can accept $10 billion in aid for the U.S. Postal Service in one year instead of the $25 billion over three years that was in the legislation passed by the House in May, according to a person familiar with their offer.

Pelosi and Schumer also met with Postmaster General on postal-service funding needs. Democrats want him to rescind recent cutbacks that have caused delays and raised questions about how the Postal Service will perform when it needs to deliver a flood of mail-in ballots for the general election 90 days from now. Schumer described the talks as contentious.

After more than a week of negotiations with Mnuchin and Meadows, Schumer and Pelosi said they still have significant differences to bridge, including aid for renters and the enhanced unemployment benefit that was in the last stimulus bill but now has expired.

“I feel optimistic that there is light at the end of the tunnel,” Pelosi told reporters. “But how long the tunnel is remains to be seen.”

Democrats are sensing some advantage in the negotiations, with the unemployment aid and other earlier stimulus measures running dry, the November election looming and Republicans bickering over additional aid spending on top of the almost $3 trillion Congress previously approved.

Some lawmakers are skeptical that legislation can be produced and voted on by next week given the remaining gap.

But there may be added urgency to get something done, with evidence of headwinds to the economic recovery. ADP Research Institute data on Wednesday showed that payroll gains at U.S. companies slowed sharply in July, suggesting the pickup in coronavirus cases is putting a brake on the job market. 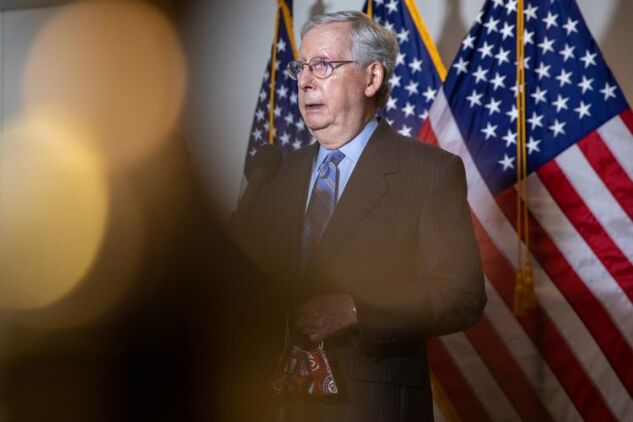 Senate Majority Leader said the Senate will be in session next week, postponing a scheduled August break.

Senator of South Dakota, the No. 2 Republican in that chamber, said that if no deal is reached by the end of the week, senators likely will be sent home while negotiators continue their work. They would be called back if there is something to later vote upon.

“If anything breaks, we would give people plenty of advance notice so they could get back,” Thune said.

The House is now out, but members have been told they would be called back with 24 hours notice to vote on any virus relief legislation.