The National Labor Relations Board’s top attorney said athletes at private colleges qualify as employees under federal labor law, entitling them to protection from retaliation for speaking out about the need for pay and working conditions.

Athletes at private institutions should be protected under the National Labor Relations Act “when they act concertedly to speak out about their terms and conditions of employment, or to self-organize, regardless of whether the Board ultimately certifies a bargaining unit,” General Counsel Jennifer Abruzzo wrote in a memo released Wednesday.

Her position places the NLRB general counsel’s office, which prosecutes violations of U.S. labor law in the private sector, squarely against the billion-dollar college sports industry on the issue of athlete employment. A national debate has raged for years over whether college athletes should share in the profits they produce for their respective institutions, especially since coaches at top football and basketball schools make $1 million or more a year.

While the NLRB doesn’t have jurisdiction over pay, the five-member board could conclude that athletes at private colleges or universities are employees for collective bargaining purposes—allowing them to form unions and negotiate directly with school administrators.

“I firmly believe we’re on very strong grounds,” Abruzzo said in an interview Wednesday, adding that “certain players of certain institutions” should be afforded “all the protections” of labor law under the NLRB’s purview.

The U.S. Supreme Court signaled in June that it was warming to the idea of student-athlete compensation, issuing a unanimous ruling in National Collegiate Athletic Association v. Alston that the organization can’t stop athletes from receiving education-related benefits, such as computers, internships, and tutoring.

In doing so, Abruzzo noted in her memo, the high court recognized “that college sports is a profit-making enterprise” and rejected the NCAA’s argument that collegiate athletes are amateurs. The NCAA didn’t respond to calls and emails seeking comment.

Abruzzo’s memo suggests her office will find a case that will allow it to prosecute the issue before the five-member labor board, which Democrats now control 3-2. She wrote that “in appropriate cases” she will pursue violations of the NLRA where a private school “misclassifies” players as “student-athletes.”

She also wrote that she will explore complaints against both athletic conferences and colleges deemed to be joint employers of student-athletes, invoking a contentious legal doctrine that allows companies to be held liable for violations committed by franchisees, contractors, and other business partners that oversee workers. 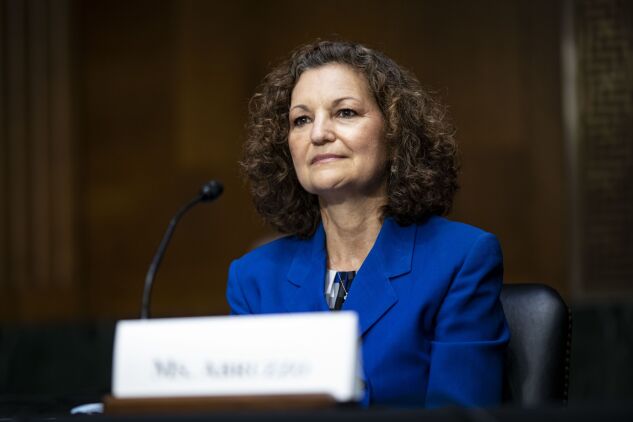 This isn’t the first time the NLRB’s prosecutorial arm has confronted the student athlete issue. The Democratic-majority board in 2015 dismissed a case asking whether players on the Northwestern University football team qualified as employees under the NLRA, a designation that would have given them federal authority to form a union.

The decision sidestepped the central question of whether the players were employees, saying only that wading into the issue wouldn’t promote “stability” in labor relations, one of the NLRB’s core missions.

“In this instance, with one school, they weren’t willing to pull the trigger,” Abruzzo told Bloomberg Law. “And now they’re going to have the opportunity, again, to actually make a decision.”

While Abruzzo’s memo marks a significant change for the general counsel’s office on the issue, it’s far from certain that she will be able to sell the board on her argument. NLRB Chair , a Democrat, joined the unanimous decision dismissing the Northwestern case in 2015, and she hasn’t indicated whether she would depart from her earlier stance.

“I fully expect that this time there will be a decision, and I am confident, based upon the law, that they will find that they are statutory employees,” Abruzzo said in the interview Wednesday.

The Democratic majority also includes David Prouty, previously general counsel for the Major League Baseball Players Association and one of the nation’s leading experts on collective bargaining in sports.

The difficulty in regulating college sports lies in the way they are structured, the board said in 2015. Collegiate sports leagues, such as the NCAA, have enormous control over member teams—and many of the schools with major athletic programs are public institutions, placing them outside of the NLRB’s jurisdiction.

Northwestern, a private university, frequently competes against public universities in the Big Ten athletic conference. The Northwestern case arrived at the board after , who was then the NLRB’s Chicago regional director, ruled that the football players were employees under federal labor law with the right to form a union. Ohr is now Abruzzo’s top deputy.

College athletes also are challenging their lack of compensation through litigation citing other laws, such as the Fair Labor Standards Act. Last month, a federal judge in Pennsylvania allowed athletes from five East Coast colleges to proceed with federal and state wage complaints against their schools.

Abruzzo, in her memo, made it clear that athletic conferences won’t be able to hide behind their public-school members.

“I will consider pursuing charges against an athletic conference or association even if some member schools are state institutions,” she wrote.