California Labor Secretary Julie Su’s admission that her department spent up to $31 billion on fraudulent claims for jobless benefits has collided with White House plans to tap her for a key labor post, creating a potential liability for her promotion to the federal stage.

Several hours after Bloomberg Law reported that President plans to nominate her for deputy secretary of the U.S. Labor Department, Su held a press conference Monday to declare that at least $11 billion of the $114 billion in unemployment insurance payments California has made since March went to bogus claimants. An additional $20 billion in benefits remains under review as suspicious, she said.

A subsequent state audit released Tuesday found that California’s Employment Development Department—a subagency within the massive state workforce bureaucracy that Su leads—was unprepared for the surge in unemployment claims amid the pandemic, despite warnings and similar challenges during the 2008-2009 recession.

The new revelations, which reflect a much more severe criminal attack on California’s jobless aid system than Bank of America estimated late last year, are in some ways consistent with fraud schemes that have systematically preyed on overwhelmed state agencies across the U.S, since the pandemic sidelined large swaths of the labor force in March. But the staggering price tag of unemployment fraud in California, and the fact that the new state report holds the state’s labor secretary personally accountable, lend new ammunition to critics seeking to derail Su’s expected nomination.

Su’s management will be scrutinized if Biden proceeds with his intention to announce her as his pick for second-in-command at DOL, a Cabinet agency responsible for assisting states in their distribution of unemployment compensation. If Republican lawmakers and the business lobby mobilize in opposition to her, the Democratic-led Senate could still approve her absent a single Republican vote, but there would be no margin for Democratic defections.

“I’m sure there are going to be a lot of tough questions” if Su is nominated for DOL, said Matt Weidinger, a former staff director at the GOP House subcommittee with jurisdiction over the unemployment insurance system. “I don’t have detailed knowledge of her track record, but clearly the state has been beset by a massive wave of fraud.”

Specifically, the audit report criticized Su and other state labor agency leaders for suspending eligibility requirements early in the pandemic, including on the point of whether a claimant who voluntarily left a job and refused suitable work had a good reason to do so. Up to 2.4 million claimants may have been ineligible for benefits, according to the report.

“This failure is a failure from the top,” California Assemblyman Jim Patterson (R) told reporters on a Zoom call Tuesday. “It starts with the governor, and it goes to the secretary, it goes to the [Employment Development Department] director.”

A White House spokeswoman declined to comment when reached by phone Tuesday.

Su’s defenders, including state labor leaders, national progressive organizations, and Asian-American lawmakers, point to her longtime record as an ardent enforcer of worker rights, first as a civil rights attorney and for the past decade as a state official. They highlighted those factors late last year in calls for Biden to name Su as labor secretary, before he nominated Boston Mayor Marty Walsh for DOL’s top spot.

“I’m sure some will try to make a big deal of” Su’s handling of Calfornia’s unemployment problems, said Judy Conti, government affairs director at the National Employment Law Project. “But the fact is she inherited a broken system.” She added that Su is “being extremely transparent about it all.”

On a call with reporters Monday, Su defended her agency’s efforts to combat fraud. She said most of the problems resulted from the Trump administration’s failures to coordinate with states at the beginning of the pandemic, despite calls from California’s U.S. senators and House Speaker (D-Calif.) for that to take place.

“Every state has been struggling,” Su said. “What we think would have been helpful was for the federal government at the time to have developed a coherent and coordinated, proactive approach to the fraud, not just investigating cases after they happen.” 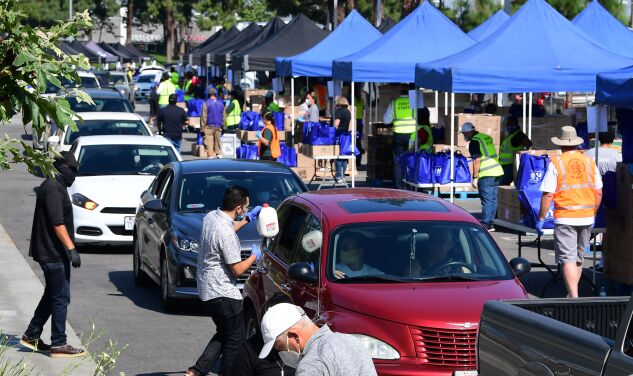 That’s an argument that could be turned against her by lawmakers during a Senate confirmation hearing, traditionally a politically fraught affair.

Doug Holmes, former director of Ohio’s unemployment agency who now lobbies for businesses on jobless aid issues, said Su’s record in handling unemployment fraud likely would provide fodder for senators; but he noted that would be the case for any federal nominee responsible for state benefits of late.

The key question boils down to assessing how much responsibility rests on the state labor agency leader, given that California’s Employment Development Department is one of multiple large subagencies under Su’s watch, Holmes added.

“If you come in as director of a large agency like that, it’s difficult to grasp all the possible, not just policy issues but operational issues, to attend to it in a short period of time,” Holmes said. “In the case of a multidivisional large operation in the largest state in the country, it would be a real challenge for anybody on short term to do all that.”

Su was promoted to labor secretary in January 2019, following eight years as California labor commissioner. In the labor commissioner role, she helmed an agency responsible for minimum wage and overtime enforcement, but not unemployment, which is directed by EDD.

Many of the fraudulent claims in California and across the country have stemmed from a federal virus-relief program launched in April to support independent contractors and other workers not previously eligible for benefits. Guidance from DOL last year directed states to begin paying benefits to claimants under this program who’d yet to provide documentation verifying their past earnings. The ability of states to accept self-certifications allowed vulnerable workers to get faster payments, but also exposed the state systems to paying out false claims.

Saru Jayaraman, president of the One Fair Wage campaign, who worked closely with Su on California’s Future of Work Commission, said Su is adept at balancing the interests of businesses and workers. That trait could attract bipartisan support during a Senate nomination process.

As an example, Jayaraman cited an incentive program she worked on with Su that compensates restaurant owners who commit to paying employees a living wage and provide meals for low-wage workers, health-care staff, and first responders on a sliding scale. That program, Jayaraman said, helped struggling businesses during the pandemic while supporting workers and consumers, and has been replicated in other cities.

“She’s been so innovative in creating these win-win situations,” Jayaraman said.

California business leaders, including Allan Zaremberg, president of the state’s Chamber of Commerce, have also complimented Su on her “professionalism” and willingness to listen to employer concerns.

Even before this week’s unemployment news, Su faced a challenge in making the political inroads in Washington necessary to ensure a successful nomination. She had been branded by some on the right as an aggressive, anti-employer regulator due to California’s worker-protective legal regime.

Asked to comment on Su’s candidacy for deputy secretary in light of the benefits fraud scandal, Rep. Virginia Foxx (R-N.C.), the top Republican on the House labor committee, opted for a different line of attack.

In a prepared statement, Foxx said: “The last thing we need at the Labor Department is an architect of a number of left-wing, big government schemes which reward union bosses while harming small businesses, killing job creation, and limiting any chance of a strong economic recovery.”

To contact the reporters on this story: in Washington at bpenn@bloomberglaw.com; in Sacramento, Calif. at tstecker@bgov.com