The Amazon.com, Inc. fulfillment center in Bessemer, Ala., on March 29, the day voting in the union election officially ended.
Photographer: Patrick T. Fallon/AFP via Getty Images

A U.S. federal labor official has ordered a new union election at an warehouse in Alabama.

After losing the first election in April, the Retail, Wholesale and Department Store Union appealed the outcome to the National Labor Relations Board, alleging that Amazon had intimidated workers and pressured them to cast votes in a mailbox the company had installed on its property in view of security cameras. Amazon denied any wrongdoing.

“The employer’s flagrant disregard for the board’s typical mail-ballot procedure compromised the authority of the board and made a free and fair election impossible,” NLRB regional director Lisa Henderson wrote in her Monday ruling. “By installing a postal mailbox at the main employee entrance, the employer essentially high-jacked the process and gave a strong impression that it controlled the process. This dangerous and improper message to employees destroys trust in the board’s processes and in the credibility of the election results.” 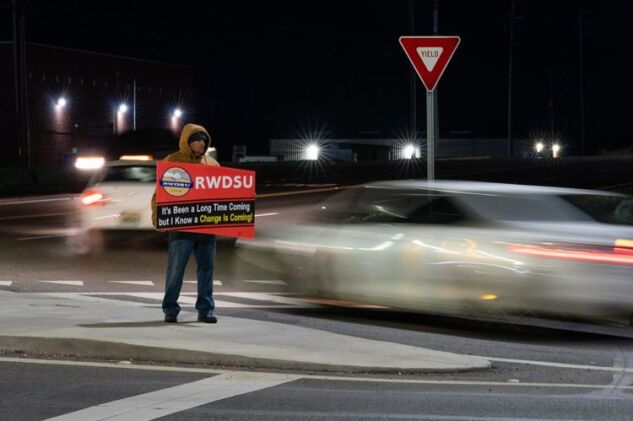 A union organizer in Bessemer, Alabama

The previous election wasn’t close. Of the more than 3,000 ballots cast, Amazon garnered 1,798 nos, and the union won 738 yeses. While federal officials set aside 505 contested ballots -- most of them disputed by Amazon, according to the RWDSU -- there weren’t enough of those to change the result.

It’s by no means certain that the union will prevail in a second vote. Union membership is a tough sell in Bessemer, Alabama, where Amazon’s wages and health benefits go much further than they do in pricier cities such as New York. And, once again, Amazon can be expected to mount a fierce counter-offensive, including mandatory “information sessions” designed to make workers question the benefits of union membership.

“Our employees have always had the choice of whether or not to join a union, and they overwhelmingly chose not to join the RWDSU earlier this year,” Amazon spokeswoman Kelly Nantel said in an emailed statement. “It’s disappointing that the NLRB has now decided that those votes shouldn’t count.”

The company is facing unprecedented labor unrest. A fledgling union founded by former and current Amazon workers is trying to unionize four facilities in Staten Island. Meanwhile, the Teamsters are looking to organize facilities in Canada. Amazon currently has no unionized workers in North America.

To contact the reporters on this story:
in Seattle at ssoper@bloomberg.net;
in Palo Alto at jeidelson@bloomberg.net