has unleashed a public-relations campaign at its warehouse in Bessemer, Alabama, hoping to persuade more than 5,800 workers to reject the Retail, Wholesale and Department Store Union.

Employees have been ordered to attend meetings where managers sow doubts about the unionization drive, according to two workers who attended. The meetings typically last about half an hour and target about 15 employees at a time, one said, frustrating workers because they fall behind in their duties during the sessions and have to catch up later.

“They present anti-union propaganda thinly veiled as factual information,” said the worker, who requested anonymity for fear of reprisal. Both workers said questions about potentially positive aspects of union membership are brushed off. One recalled asking why “Amazon is beating us over the head with these ‘facts’ in such a one-sided way,” and said the manager responded: “Amazon is very clear with our stance with unions.” 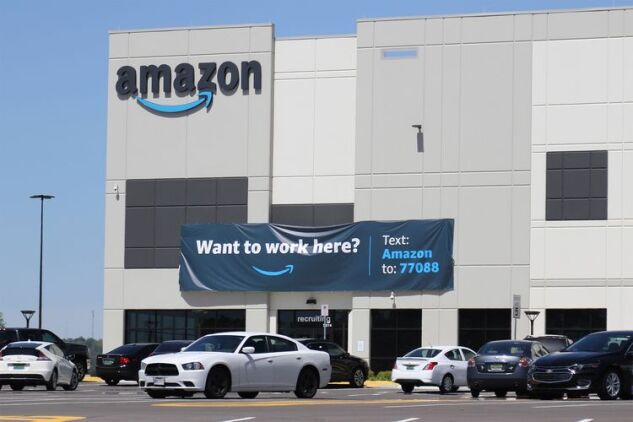 With voting due to start and run through late March, the stakes are high for both sides.

A defeat for the union would dent the reputation of the labor movement, which has failed time and again to organize workers at America’s second-largest private employer after Walmart. A union victory, on the other hand, would provide a tactical roadmap for the hundreds of thousands of people toiling in Amazon facilities. That, in turn, could force the company to ease the sometimes frantic pace of work and even bring wages more in line with the , where union jobs on average pay 34% more than non-union ones, according to federal data.

“I think that this is the most significant union election that has been held in many years,” said Stuart Appelbaum, RWDSU’s president. “Because we’re not just talking about another company, we’re talking about Amazon.”

In an emailed statement, Amazon spokesperson Heather Knox said the company doesn’t believe the union represents the majority of its workers’ views. “Our employees choose to work at Amazon because we offer some of the best jobs available everywhere we hire, and we encourage anyone to compare our total compensation package, health benefits and workplace environment to any other company with similar jobs.”

Confirming that the company is holding information sessions with workers in Bessemer, Knox said: “We will help employees understand the facts of joining a union. If the union vote passes, it will impact everyone at the site and it’s important associates understand what that means for them and their day-to-day life working at Amazon.”

Amazon, which employs more than 800,000 people in the U.S., has long trained managers to spot and snuff out nascent labor activism. In a 45-minute videocreated several years ago, cartoon avatars wearing safety vests told managers to avoid threatening employees and instead to express as a personal opinion the company’s aversion to a unionized workplace.

“Opinions can be mild, like ‘I’d rather work with associates directly,’ or strong, ‘The unions are lying, cheating rats.’ The law protects both,” the avatar said. “Amazon prefers a mild opinion, expressed strongly.”

Managers have been known to invent negative stories about unions, despite being counseled to go easy on the rhetoric. During an attempt to organize a Middletown, Delaware, warehouse in 2016, a manager told hundreds of workers that when his father died, a union had abandoned the family. The story turned out to be fabricated, the New York Times reported at the time, but it resonated all the same. 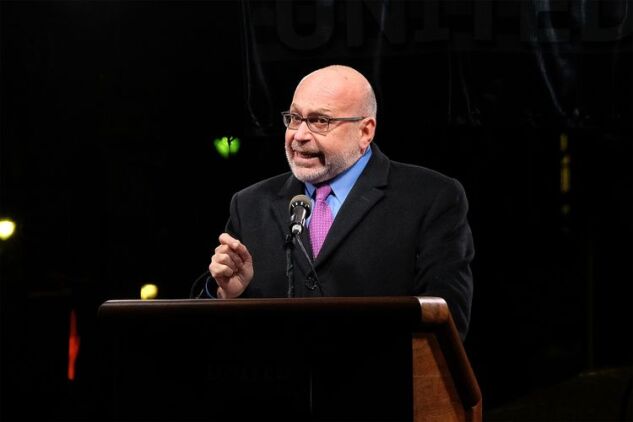 Amazon says it no longer uses the training video. Yet its essential message remains the same: Unions may be appropriate at other companies, but at Amazon, they risk imperiling a business that prioritizes speed, innovation and the customer above all else.

Despite being criticized over the years for its treatment of workers, the company has had little trouble keeping unions out of its U.S. operations. Amazon offers a higher starting wage than most of the retail industry, and turnover is so high that employees rarely stick around long enough to become passionate about improving working conditions. When activism has taken root, Amazon has responded by shuttering facilities, shifting operations elsewhere and firing up its public-relations machine.

Then came the pandemic. Besides fueling record sales with shoppers hunkered down at home, the outbreak ignited employee activism of unprecedented intensity. Workers in several warehouses and Whole Foods stores walked off the job to demand better protections from the ravages of Covid-19. Amazon fired some employees who led or participated in the wildcat strikes. The workers say they were punished for their activism. Amazon says it respects workers’ rights and was reacting to policy violations.

The Bessemer warehouse opened in March, just as Covid-19 infections began appearing in Amazon’s U.S. workforce. Two months later, protests erupted over law enforcement’s treatment of Black Americans, amplifying calls for racial equity that spread from the street to the workplace. The rallies resonated in Bessemer, where most residents—and many of Amazon’s employees—are Black.

Workers there contacted a RWDSU organizer in the summer, frustrated by Amazon’s productivity quotas, The New York Times reported last week, an account confirmed by the union. Organizers began collecting signed cards proposing a vote in August. The union registered a domain name in September for a website to make its case, and the following month union organizers, including local poultry plant workers, began showing up outside the warehouse before dawn to hand out fliers.

“We see it as much of a civil-rights battle as a labor battle,” Appelbaum said. “The overwhelming majority, perhaps, greater than 85% of the workers at this facility are African American. And their major concern seems to be that they’re not treated with respect.”

Amazon, for its part, initially stayed quiet, responding to news reports with a brief statement but eschewing the corporate blogs or Twitter posts from executives it often rolls out in response to critiques about working conditions.

Around Christmas, the company set up a website featuring upbeat Amazon employees smiling from behind masks (among them, the facility’s manager), criticizing union dues and suggesting a hashtag, #doitwithoutdues for like-minded workers. So far, the hashtag has been hijacked on social media by union supporters. Now, workers are receiving texts from Amazon, and the facility is peppered with signs making the case the company is a benevolent employer. As the vote nears, workers expect Amazon to ratchet up its messaging campaign.

The drama unfolding in Bessemer has attracted considerable attention. The National Football League Players Association has thrown in with the workers, U.S. Senator Bernie Sanders of Vermont has tweeted his support, and The Onion posted a satirical story about a drone masquerading as a worker and infiltrating a warehouse. “Our total compensation package rules!” the drone exclaimed. “I just want to keep hovering, I mean, walking, around the warehouse floor without fear of retaliation from management. Plus, who wants to pay union dues?”

It’s hard to predict which way the vote will go, in part because Amazon’s health benefits and $15 starting wage go farther in Bessemer than in bigger cities previously targeted by unions. Bessemer has struggled economically since the decline of the area’s steelmaking and railcar manufacturing in the 1980s and 1990s.

Moreover, Amazon has demonstrated before how persuasive it can be.

Back in 2014, Andy Powell, then an organizer for the International Association of Machinists and Aerospace Workers, thought he had enough support to organize a few dozen technicians at the Amazon warehouse in Middleton, Delaware. Almost all signed cards in favor of holding a vote, he recalled in an interview.

But just days before an election to formalize union representation, some workers balked. Powell said Amazon’s internal PR campaign had convinced two technicians—both former union members set to receive retirement benefits from their past work—to tell their peers that unions weren’t all they were cracked up to be.