Zoom fundraising, born of necessity during the pandemic, will likely remain a part of the Washington political scene even as increased vaccinations and the gradual lifting of Covid-19 restrictions mark a return to in-person events.

Lobbyists involved in raising money express mixed feelings about fundraisers in a virtual setting — with many eager to get back to gathering in person. Still, online events have been a boon for many members of Congress, who appreciate the convenience, almost 20 advocates and fundraisers said in interviews.

“If you’re a member, you can jump out into your chief’s car right outside the Cannon building and do a Zoom event,” said Marc Lampkin, managing partner of Brownstein Hyatt Farber Schreck’s Washington office, referring to the Cannon House Office Building across from the Capitol. “There are a lot of efficiencies that go along with that.” Lawmakers are barred from fundraising in their offices.

The evolution in fundraising comes as candidates, parties and political action committees are planning the next round of money events in anticipation of what is likely to be an expensive 2022 election where control of both chambers of Congress is at stake.

Even with the return to more in-person events, members in both parties are still doing at least half of their pitches on digital platforms such as Zoom, interviews and schedules obtained by Bloomberg Government show. 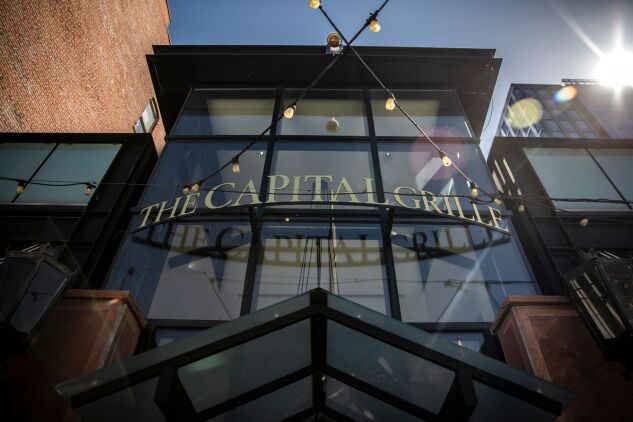 Some Republicans are favoring more personal lunches and dinners at places like The Capital Grille that are limited to six people because of coronavirus restrictions.
Photographer: Chet Strange/Bloomberg

Molly Allen, a Democratic fundraiser, said virtual fundraising will continue as long as there is an appetite for it and there continues to be a return on investment.

“I have to think about the ROI,” she said. “And if I have to limit the number of people, where I can only have three in person versus 10 on a Zoom, I’m going to do 10 on the Zoom.” These could also prove cost-effective for allowing local trade association members to connect with their districts’ lawmakers, she said.

Some political committees have tried to spice up the sterile environment of the Zoom fundraiser by delivering drinks or dinner to attendees, by playing trivia, offering cocktail mixing classes, or having John Podesta, who worked for Presidents Bill Clinton and Barack Obama, demonstrate how to make an Italian dinner.

For campaigns looking to pinch pennies, virtual fundraisers can have much lower, or close to zero, overhead costs in comparison with booking a restaurant or venue.

“It’s actually, in a way, oddly more effective and kind of crisp,” said Brian Ballard, a lobbyist at Ballard Partners and fundraiser for the National Republican Committee. “I don’t live under any illusions that most of these politicians care about how my family’s doing. We’re all here to do our business and be efficient with our time and resources, so I like it.”

“Listen, I miss playing golf with guys, but also it takes three days to do something we can do in 20 minutes,” said Ballard. “I’m sure it’ll slowly evolve back to the old ways, but I hope some of it stays.”

Democratic and Republican lobbyists said that members were more willing to have mini-fundraisers on FaceTime calls with one or just a few people.

“I have clients who are still in the process of establishing relationships with members and would much rather do one-on-one events. There’s just been a significant increase in flexibility and willingness to do that, virtually, than there would be in person,” said Anne MacMillan, a Democratic lobbyist at Invariant.

One solicitation from a Republican member’s fundraiser, obtained by Bloomberg Government, offered a one-on-one meeting with the lawmaker if the lobbyist recipient was unable to make the virtual event.

For some, the lack of a commute to and from a D.C. restaurant and dealing with small talk has been a benefit. Others miss the in-person schmoozing.

“This event goes beyond fundraising, but for meetings in general, what I find is that the 15 minutes before or the 15 minutes after” is “the most productive part,” said David Castagnetti, a co-founder at Mehlman Castagnetti Rosen & Thomas,

However, if “you’re sitting around a Zoom,” he says, “you don’t have the ability to ask a follow up or read the room, it’s more, ‘Here’s your two seconds.’” 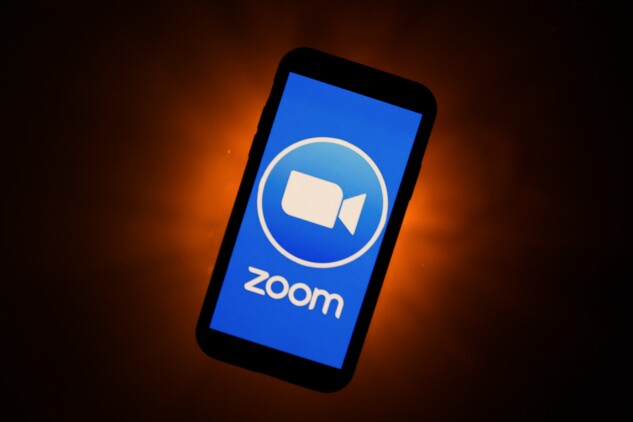 Republican lawmakers have been raising funds in person over the last year, including trips to Florida, events at D.C. restaurants such RPM Italian and Joe’s, or at private residences and golf outings. A schedule from the House Republicans’ fundraising arm shows almost 90 in-person events this year, including 14 trips, according to a document Bloomberg Government obtained.

The pandemic has intensified the concept of “two tiers of fundraising and donors,” said David Tamasi, a co-founder of Chartwell Strategy Group.

Republican members are favoring more personal lunches and dinners at popular haunts such as The Capital Grille, limited to six people because of coronavirus restrictions, several lobbyists said.

“You’re able to now find more opportunities for smaller groups, or one-on-one interactions that didn’t exist before,” while others are more often relegated solely to Zoom fundraisers, he said. “You’re able to leverage the current giving environment to be able to strengthen your relationship,” Tamasi said.

Democratic lobbyists expect the pace of outdoor fundraisers to increase by summertime, and a full return to the larger events won’t return until after Labor Day. One schedule of House Democratic fundraising events shows only one in-person event slated for November.

However, invitations obtained by Bloomberg Government included a Rep. (D-Calif.) event at the TopGolf in National Harbor in Maryland this month; the Blue Dog PAC is having its annual summer retreat at The Greenbrier, a posh hotel in West Virginia in July; and Sen. (D-N.M.) is having a retreat in Santa Fe in September.

In-person events will likely be more popular once things return to normal, say some lobbyists.

“A lot of members I talk to, they like the Zooms. I think they’ll keep doing it for as long as they can get away with it,” said Steve Elmendorf, a lobbyist close with Democratic leadership. But eventually, “people are going to be like, if I’m going to give you $1,000 — I want to see you.”

To contact the editors responsible for this story: at broth@bgov.com; at rmeszoly@bgov.com