Republican lawmakers are criticizing the Biden administration for pressuring the aviation industry to mandate Covid-19 vaccines for its workers.

Pressing airlines to impose vaccination mandates on their employees and fire those who don’t comply is “unacceptable,” House Transportation and Infrastructure ranking member (R-Mo.) and (La.), the top Republican on the aviation subcommittee, wrote to President Joe Biden on Thursday.

Workers and industry groups across the transportation sector have begun to push back on the federal vaccine mandate. Pilots at and objected this week to mandates those carriers announced. The trucking and construction industries have also raised concerns.

“We strongly urge you to rethink this ill-conceived mandate which will result in the termination of employees whose jobs were saved over the last 18 months at enormous taxpayer expense,” the lawmakers said in their letter, referencing the funds airlines received during the pandemic through the Payroll Support Program. 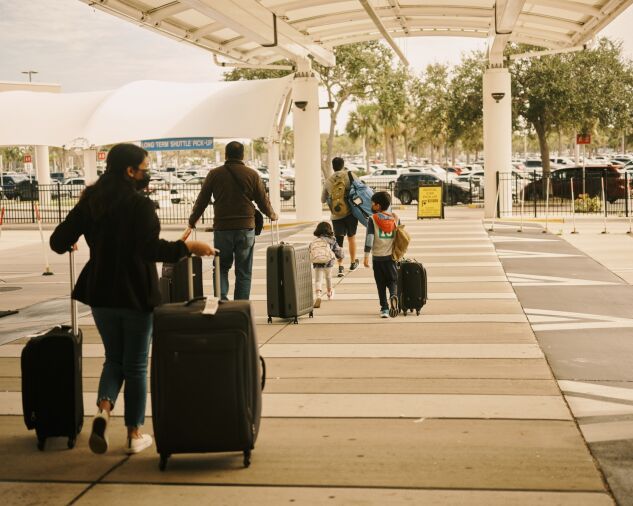 Biden announced last month that the Occupational Safety and Health Administration would introduce regulations to force private-sector companies that employ 100 or more workers to require either proof of vaccination or weekly testing.

OSHA is still working through its rulemaking, but the Biden administration is pushing companies to act now. It has urged airlines to mandate vaccines by Dec. 8 before a rulemaking has been published, the lawmakers say. That’s the same deadline federal contractors must meet to have their employees vaccinated.

“These requirements are already proving that they work,” Biden said in Illinois on Thursday. “I’m calling on more employers to act.”

Most of the biggest U.S. airlines have announced vaccine mandates. was the first to require that employees get vaccinated, and said it is firing workers who refuse. Biden praised United in the speech Thursday, touting how the company went from a 59% to a 99% vaccination rate in less than two months.

American Airlines and Southwest announced this week that their employees must be vaccinated by Nov. 24. hasn’t decided how it will handle the federal vaccine mandate, but is raising insurance premiums on unvaccinated employees.

After Southwest announced its mandate, the Southwest Airlines Pilots Association said the airline was “pressured” into it by the federal government and that the union was filing a temporary restraining order to stop the company from carrying out the requirement.

The Allied Pilots Association, which represents 15,000 American Airlines pilots, has reached out to the administration and Congress about its concerns, noting that some of its members are unable to get vaccinated for medical reasons, while others are reluctant because of “the potential for career-ending side effects.”

The group also warned of the potential for pilot shortages if pilots must be terminated or need to refrain from flying for the federally required 48 hours after each dose. They called for “an alternate means of compliance” for professional pilots in a letter sent to 15 officials last month

Businesses across the transportation industry have been raising questions about the coming rulemaking, with the Chamber of Commerce sending a long list of questions to the labor secretary about the mandate.

The requirements “threaten to cause further disruptions throughout the supply chain,” American Trucking Associations President and CEO Chris Spear said.

Dave Bauer, president and CEO of the American Road & Transportation Builders Association, said that many transportation construction firms are concerned about the mandate, raising questions about record keeping on vaccine information, adverse reactions, and time off to get vaccinated. Bauer also asked OSHA to consider that its workers are in “low-risk environments.”

The Construction Industry Safety Coalition, which represents a collection of trade groups in the industry, expressed similar concerns in a letter to OSHA, writing that they were disappointed there wouldn’t be a formal public comment period, Because the low risk, “there is no ‘grave danger’ in the construction industry that would warrant” an emergency temporary standard, the letter said.