When workers at Pacific Seafood in Newport, Oregon, started testing positive for coronavirus, health officials knew what to do: They went searching for the Mam pastor.

He speaks only a few words of English and a little Spanish, but he’s fluent in Mam, a Mayan language spoken in Guatemala that doesn’t even have a written form. He’s the main link to Oregon’s Mam-speaking community, many of whose members work at Pacific Seafood and were caught up in the state’s second-largest workplace outbreak.

The pastor explained to the workers that Covid-19 contact tracers would ask them questions, “just to make sure that people know that people who come into their community are good people and are not going to harm them,” said Oliver Vera, who runs outreach programs for the Oregon Health Authority. “He is just that bridge.”

Language barriers are a major challenge in tackling Covid-19 in the U.S., where residents speak hundreds of tongues. While many local health departments have some speakers of the most common ones, like Spanish, they often have too few to meet the surging demands of this pandemic. Agencies also often lack speakers of rarer tongues such as Mam, Somali and Chuukese needed to trace sick people’s movements, to investigate sources of outbreaks and to provide support to people in quarantine.

“Covid is a frightening disease. People don’t know what to do and they want to hear from someone in a way that makes them comfortable,” said Josh Sharfstein, vice dean for public health practice and community engagement at the Johns Hopkins Bloomberg School of Public Health in Baltimore, Maryland. 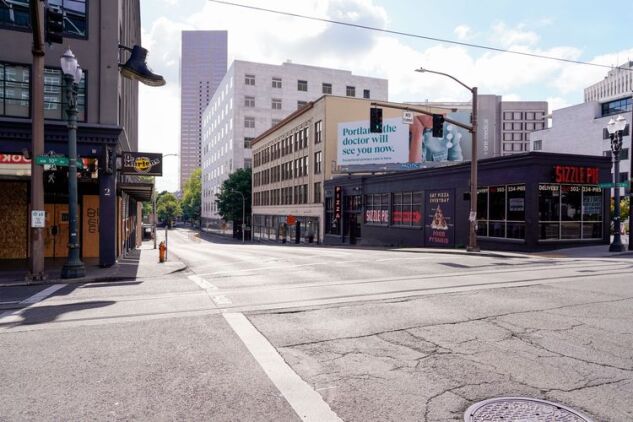 In New York, where about 40% of the population is foreign born, “cultural competence” is important, said Ted Long, senior vice president of the city’s public Health & Hospitals system and executive director of its tracing program. About 40 languages are spoken among the thousands of trained tracers, he said, and about 40% speak Spanish as well as English. Still the polyglot population presents problems, he said.

“I don’t want to diminish the challenge of working in communities where people are speaking several different languages,” Long said. “It’s a challenge we’re going to face going forward.”

Many states -- particularly those just now feeling the brunt of the pandemic -- are lagging behind in hiring tracers, particularly those speaking other languages. In Arizona, where cases have tripled in the past month, there were only 25 contact tracers in May for all of Maricopa County, with 4.3 million people, according to U.S. Representative Greg Stanton, a Democrat from Phoenix. Governor Doug Ducey activated 300 National Guard troops to aid in tracing last week.

“It’s shameful, and it’s scandalous and it’s embarrassing,” he said.

In Oregon, hospitalizations the week of June 14 were more than seven times higher than they were the week of May 24, according to the Oregon Health Authority. Local governments have been trying to dramatically increase their ranks of tracers and investigators -- while also searching for people who speak additional languages and know the Latino, Russian and Vietnamese communities.

Before Covid-19 hit, Multnomah County, which encompasses much of Portland, had seven people focused on managing cases and investigations of diseases like tuberculosis. It’s up to about 65 now, and is aiming to have at least 125 tracers, epidemiologists and community health workers itself and through partners.

While the county has enough Spanish-speaking tracers, it didn’t have a Somali speaker when a cluster appeared in that community. Now, it’s training a new hire who speaks the language.

“Most of the time we can use interpreters, but it’s not as efficient,” said Lisa Ferguson, communicable disease manager for the county. With interpreting, a typical contact-tracing interview that’s supposed to take 30 to 45 minutes ends up being twice as long. The county is now also hiring speakers of Russian, Vietnamese and other languages, and contracting with community organizations to provide services, such as rent assistance and food delivery to people who are quarantined.

Oregon’s Marion County is looking to hire 21 tracers to add to its team of 29. It’s trying to recruit as many people as possible speaking Spanish, Russian, Chuukese, and Marshallese, which are spoken in the Caroline and Marshall islands respectively. It’s using some outside translation services, but that sometimes means a non-native speaker may receive a message in English, or have a long hold waiting for an interpreter, said Maricarmen Gomez Reyes, who oversees the team.

It’s not just the knowledge of the language, but also the culture of a particular community that can be imperative. Undocumented immigrants fear repercussions. Many others have fled to the U.S. because of persecution in their native countries, and hesitate to return a government agency’s call.

Take the community of about 10,000 Old Believers, an Orthodox Christian splinter group clustered around Woodburn, Oregon. Their founders came to Oregon in the 1960s from China and Turkey, where they had fled persecution in Russia. Most are now native-born.

Anna Kasachev, an Old Believer who is now running for Oregon House, said a few community members who worked in construction got sick with Covid-19, and a few were hospitalized.

“With the contact tracing, I would think we’d need someone from the community to do the work,” Kasachev said. “Our community is afraid of the government, that’s the bottom line. When we have the government come in and start poking around, they shudder.”

The outbreak at Pacific Seafood, which has sickened 145 people, began to be investigated about 20 days ago. Several Pacific Seafood staffers were sharing quarters with workers at a hotel restaurant where four employees just tested positive for the virus, said Claire Hall, a commissioner of Lincoln County, which encompasses Newport.

“One of the many sad things about the pandemic to me is I am seeing communities of color and immigrants being disproportionately impacted,” she said. “It’s just really sad.”

The Oregon Health Authority is planning to lean more heavily on community partners to keep them safe; Vive NW will launch a call center. Several people -- some working remotely from Guatemala -- will answer questions about Covid-19 in Mam and help callers figure out where to get tested or get other assistance. The group, originally created to develop outdoor excursions for Hispanic residents, will also help with contact tracing.

“This is the only solution that’s available right now,” said Jorge Guzman, Vive’s executive director. “Before then, there was nothing.”