Americans who suffer adverse reactions to coronavirus vaccines that the U.S. is racing to develop will have a hard time getting compensated for injuries from the drugs.

That’s because pandemic-related claims for vaccines will be routed to a rarely used federal program set up to encourage drugmakers to help combat public health emergencies. It spares pharmaceutical and device makers from costly liability lawsuits in exchange for taxpayers compensating injured patients -- though it doesn’t guarantee there’s funding to do so.

Since it began in 2009, the program has paid out less than $6 million, and it has yet to receive any dedicated U.S. government funding for Covid-19. 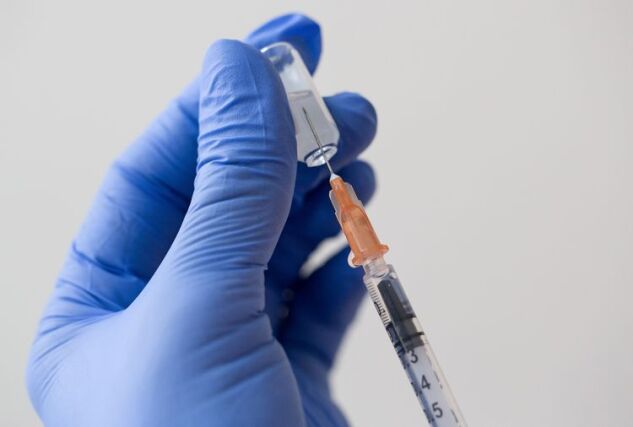 A medical worker draws liquid from a vial with a syringe.
Photographer: Andrey Rudakov/Bloomberg

“In the best case scenario, this is going to be a big deal,” said Richard Topping, a former Justice Department attorney who represented the U.S. during disputes over the debunked link between vaccines and autism in children. “Worst case scenario? It will be a crisis.”

President Donald Trump is pushing drugmakers to develop a Covid-19 vaccine in record time under an initiative known as Operation Warp Speed that seeks to deliver 300 million doses by January 2021. However, most Americans are unlikely to actually until much later next year, according to U.S. top infectious disease doctor Anthony Fauci. As the U.S. vies to be first, Russia this week said it will soon start -- even though safety and efficacy tests on its vaccine aren’t complete, causing concern in public health experts.

The U.S. Food and Drug Administration has said it won’t cut corners when it comes to safety testing as companies such as , and to develop a vaccine. At the same time, scientists working with groups such as the Centers for Disease Control are trying to identify possible side effects -- but all medications carry risks and not every adverse reaction can be identified during trials.

“No vaccine or drug is 100% safe,” said Cody Meissner, head of the Pediatric Infectious Disease Division at and former chairman of the Advisory Commission on Childhood Vaccines. But benefits exceed the risks. “An adverse reaction for any vaccine is much less than catching the illness and having complications.”

Congress earlier this year gave the Department of Health and Human Services $30 billion to fund the development of coronavirus “countermeasures” -- vaccines, treatments and devices that are used to deal with the pandemic. While the legislation allows HHS to transfer some of that money to the Countermeasures Injury Compensation Program, that hasn’t happened yet and it’s unclear how much would be needed.

HHS hasn’t received any Covid-19 injury claims to date and the compensation program hasn’t asked for funding, according to a senior administration official. Of the $30 billion Congress authorized, $10 billion has been awarded so far for research and the development of vaccines and treatments, the official said.

“When someone gets vaccinated they’re helping not only themselves, but society,” said , associate director of the Emory Vaccine Center in Atlanta. “And if they should be injured, in my opinion, society should compensate them.”

Vaccines are to trigger the immune system into fighting off diseases. In rare instances, they can cause it to go into hyperdrive, resulting in severe allergic reactions and even paralysis. With potentially hundreds of millions of people getting vaccinated against one disease, even a very small percentage can translate into a lot of injured people.

The potential volume of people affected “will be too much for some unfunded compensation program,” said Topping, currently chief legal officer of CareSource Management Group Inc., a Dayton, Ohio-based non-profit that’s one of the nation’s largest Medicaid-managed health care plans.

Patient advocates say compensation requests should instead go through a decades-old program called the Vaccine Injury Compensation Program, also known as the “vaccine court.” It has a dedicated source of funding -- an excise tax on every vaccine administered -- but is limited to ones routinely recommended for children and pregnant women and the seasonal flu vaccine.

The court was created in the 1980s when drug manufacturers were threatening to stop making vaccinesdue to lawsuits over side effects from the diphtheria, pertussis and tetanus, or DPT, vaccine.

The drugmakers made a safer vaccine -- the DTaP -- and Congress set up a system of no liability for manufacturers in exchange for setting aside 75 cents from every vaccine antigen to compensate those who had adverse reactions to childhood immunizations.

But in the aftermath of the Sept. 11, 2001 terrorist attacks, Congress created the countermeasures program to speed compensation to people injured from drugs, vaccines, and devices developed in response to pandemics and national security events. Those included biological warfare and radiation poisoning. One of the vaccines in that category is for anthrax.

“We want people vaccinated and we don’t want to expose pharmaceutical companies to the kind of liability that they would otherwise have,” said , a partner with , who defends corporate clients. “That’s the price we’re willing to pay to get rid of this horrible coronavirus problem.”

The countermeasures program hasn’t been used much -- it’s paid out 39 claims totaling $5.7 million since it began in 2009.

In contrast, the vaccine court has paid out tens of millions of dollars in single cases to cover lifetime medical costs. Overall, the court, lying within the U.S. Court of Federal Claims, has paid out 7,423 claims since it was established in 1988, totaling $4.3 billion, according to the , which monitors both programs.

The countermeasures program puts a higher financial burden on people applying for compensation, and doesn’t allow for expert witnesses, hearings or appeals, said Toale, who believes coronavirus vaccine injuries should be handled through the vaccine court instead. The vaccine court also pays for victims’ lawyers while the countermeasures program doesn’t.

Not everyone agrees the programs benefit victims.

They amount to a “get out of jail free card” for drugmakers, said , of Napoli Shkolnik, who has represented many clients in pharmaceutical product liability cases and says the government only pays lost earnings and medical costs.

Efforts are underway to prevent potential harm from Covid vaccines, said Martin Kulldorff, a biostatistician and professor at Harvard Medical School, who is part of a CDC group that analyzes weekly patient reports.

“If the first vaccine comes out and it turns out there’s a serious adverse reaction and we didn’t pick it up until there’s been millions of doses, that’s going to reduce trust, not just in any subsequent Covid-19 vaccine but also vaccines in general,” Kulldorff said.

Ultimately, a small fraction of people will ever be harmed by any vaccine, and that likely includes those developed to prevent Covid-19.

“The concern is that when a Covid vaccine becomes available after this huge investment in money and time, people won’t take them,” Meissner said. Providing compensation “will give assurance to people who are concerned about an adverse reaction.”