Ron Parise has spent about 50 hours a week for the last two years on the roads of Cape Coral, Florida, shuttling tourists and snowbirds between their rentals and the airport for and All that came to a sudden stop in late March, when the arrivals gates went quiet and Parise’s wife insisted he stay home to avoid exposing himself to the coronavirus.

Parise, 73, used his newfound free time to apply for any public assistance program for which he thought he might qualify. Nothing came through until early this month, when he received $11,500. It’s a small-business loan forgivable under certain conditions, part of the $659 billion Paycheck Protection Program, which is designed to encourage companies to keep paying employees during the pandemic. Parise believes he qualifies because he owns a one-man business to support his job driving.

The state of Florida initially told Parise he wasn’t eligible for unemployment insurance, but he recently began receiving checks under the federal Pandemic Unemployment Assistance program, which gives relief to independent contractors who have been impacted by the pandemic.

This created an ethical dilemma for Parise, and perhaps a legal one, too. The small-business money is supposed to keep bosses like Parise from laying off workers— in this case, just Parise. Unemployment benefits are intended for people who have lost their jobs. “I don’t want to seem like I’m double dipping,” he said. “I’m happy to stay home and collect the government money if I can.” Parise said he hasn’t decided what to do but is leaning toward taking taking both and paying back the loan before it comes due in two years.

While Uber considers its drivers to be independent contractors, some like Parise set up small businesses to manage their income from driving. The designation helps minimize personal and tax liabilities and for Parise, validates his status as an entrepreneur in his own right. “I’m more of an independent business person,” he said. “I hire Uber to send me customers.”

Deciphering the rules around the government’s financial-assistance programs is a widespread challenge, and ride-hailing drivers face a particularly complicated route. The pandemic has left most of them unable to find enough work to get by. Meanwhile, Uber and Lyft haven’t altered their stance that drivers are independent contractors, not employees, disqualifying them from unemployment insurance in most states. The companies have directed drivers toward at least three alternatives, including the two Parise applied for. 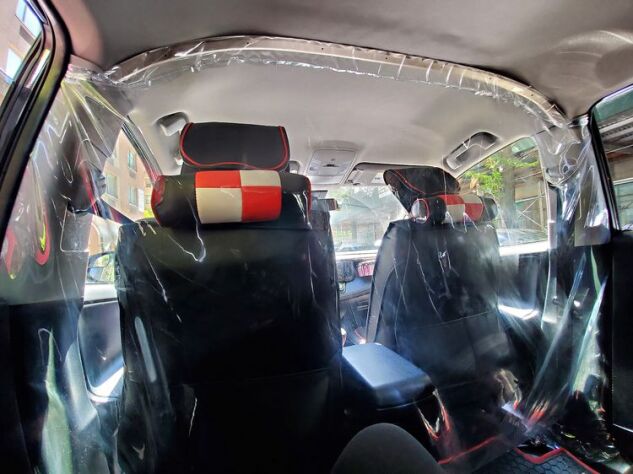 Congress created Pandemic Unemployment Assistance to help provide financial relief to workers normally ineligible for unemployment benefits, and Uber successfully lobbied for its drivers to be included. States manage the federally funded program, and implementation has been patchy at best. Many drivers have yet to receive money or even confirmation they’ll get it eventually, said Harry Campbell, who runs a popular website for drivers called the Rideshare Guy. “Some people are getting unemployment,” he said. “Some aren’t.”

The financial-aid programs for small businesses have been similarly inconsistent. Tied up in the practical questions of where drivers can turn for help is an unresolved fight over whether Uber and Lyft’s workers should be considered employees of the companies. Many drivers, along with labor groups and Democratic public officials, have said the companies are cheating drivers out of benefits and offloading the costs onto taxpayers. “They are using the moment to crystallize the fact that, in their view, these workers should not have the benefit of employee status,” said Brian Chen, a staff attorney at the National Employment Law Project, a worker advocacy group.

Ride-hailing companies oppose efforts by drivers to access traditional unemployment benefits from states, which are financed through payroll taxes. Uber and Lyft are contesting a California law intended to classify workers like their drivers as employees, and the state recently in response. Most drivers, said Chen, would receive more generous benefits from state programs, an assertion Uber contests. “Congress fully funded pandemic unemployment assistance for gig workers so that every state, many of which face historic deficits, could give these workers immediate financial support at no cost to their own state funds,” said Harry Hartfield, a spokesman for Uber.

Lyft and Uber would have been on the hook for $413 million in unemployment insurance costs over the last five years in California alone, according to a study published this month by the University of California, Berkeley’s Institute for Research and Labor. A similar analysis by officials in New Jersey said Uber would have faced a bill of $530 million for unemployment and disability from 2014 to 2018. Tally up the 48 other states, and you’re looking at a significant additional cost for two companies that have never been profitable.

New York courts have ruled multiple times in favor of Uber drivers seeking unemployment benefits in the last year, but only after a lengthy process that’s onerous for both applicants and the state, said Nicole Salk, a senior staff attorney with Legal Services NYC who has represented several drivers in such cases. “It causes problems for the whole system.” she said.

On Monday, four drivers for Uber and Lyft and a worker advocacy group sued Governor Andrew Cuomo and the New York Labor Department in federal court, claiming the state failed to pay unemployment benefits promptly. Jack Sterne, a spokesman for the governor, said New York is ahead of other states in its response to the jobs crisis and is processing more than 100,000 applications a week for the federal unemployment program. “During this pandemic emergency, we have been moving heaven and earth to get every single unemployed New Yorker their benefits as quickly as possible—including Uber and Lyft drivers who are treated no different than any other worker,” Sterne wrote in an emailed statement.

Amara Sanogo, a driver in the Bronx, is living off his credit cards and helping his three children with their Zoom video curriculum as he waits for a response from the state about whether he qualifies for benefits. When he applied nearly two months ago, Sanogo set up an online account on a state website and was told he’d get updates there. “Every day I check that account,” he said. “There are no more messages.” New York’s Labor Department is now advising gig economy workers to apply to the federal program instead of the state’s.

For drivers who set up a business to manage their Uber income, there are signs of significant interest in the small-business programs. Ron Walter, a driver in the Denver area who primarily works for Uber and , wrote a blog post about his experience applying for a PPP loan, which companies don’t need to pay back as long as they keep paying employees and adhere to other guidelines. Walter’s blog post contained a link encouraging other drivers to apply through a website called Womply.com, which charges lenders a commission for sending them leads. Dozens of drivers clicked through the link and filled out applications, according to data Walter received from Womply that was reviewed by Bloomberg.

Walter got a loan of $4,800 and anticipates he’ll have to pay it back. He didn’t apply for other government programs, he said, because it didn’t feel right. Since Walter mostly delivers food, he said he’s actually doing pretty well. He can squeeze more deliveries into every hour and gets paid more. “Traffic is a lot better, and parking is a lot better because everybody is staying home,” he said. But as the economy worsens, Walter worries demand is not going to last. At some point, he said, “people run out of money.”

(Updates with lawsuit in the 12th paragraph.)

To contact the author of this story:
in New York at jbrustein@bloomberg.net

To contact the editor responsible for this story:
at mmilian@bloomberg.net