The administration is organizing a Manhattan Project-style effort to drastically cut the time needed to develop a coronavirus vaccine, with a goal of making enough doses for most Americans by year’s end.

Called “Operation Warp Speed,” the program will pull together private pharmaceutical companies, government agencies and the military to try to cut the development time for a vaccine by as much as eight months, according to two people familiar with the matter.

As part of the arrangement, taxpayers will shoulder much of the financial risk that vaccine candidates may fail, instead of drug companies. 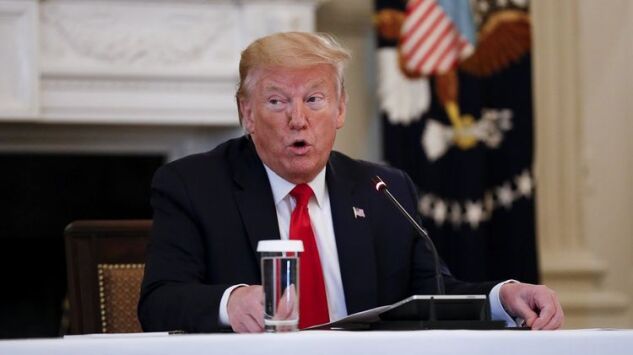 The project’s goal is to have 300 million doses of vaccine available by January, according to one administration official. There is no precedent for such rapid development of a vaccine.

President Donald Trump’s top medical advisers, led by the infectious disease expert , have repeatedly said that a coronavirus vaccine won’t be ready for 12 to 18 months at best. Until then, White House guidelines envision some economically damaging social-distancing practices maintained even as the U.S. begins to resume a more normal social and business life.

Last month, Trump directed Health and Human Services Secretary to speed development of a vaccine, and administration officials have been meeting on the effort for three to four weeks, one of the people said. A meeting on the project was scheduled at the White House on Wednesday.

The people familiar with the project and the administration officials asked not to be identified because it hasn’t yet been publicly announced.

A spokesman for the Department of Health and Human Services, Michael Caputo, said the president refused to accept the timeline for standard vaccine development and encouraged a breakthrough process.

Vaccine development is typically slow and high risk. The project’s goal is to cut out the slow part, the people said. Operation Warp Speed will use government resources to quickly test the world’s most promising experimental vaccines in animals, then launch coordinated human clinical trials to winnow down the candidates.

The best prospective vaccines would go into wider trials at the same time mass production ramps up.

The project will cost billions of dollars, one of the people said. And it will almost certainly result in significant waste by making inoculations at scale before knowing if they’ll be safe and effective -- meaning that vaccines that fail will be useless. But it could mean having doses of vaccine available for the American public by the end of this year, instead of by next summer.

There are at least 70 different coronavirus vaccines in development by drugmakers and research groups, according to the World Health Organization. But drugmakers have not coordinated their efforts to the extent they could through the Warp Speed project, one of the people said.

Under the effort, the Defense Department would make its animal research resources available for pre-clinical work on vaccines.

The group is also discussing the use of what’s known as a master protocol to test the vaccines. Instead of multiple clinical trials run by each drugmaker, competing for patients and resources, the government would organize one large trial to test several vaccines at once and advance the most promising ones. 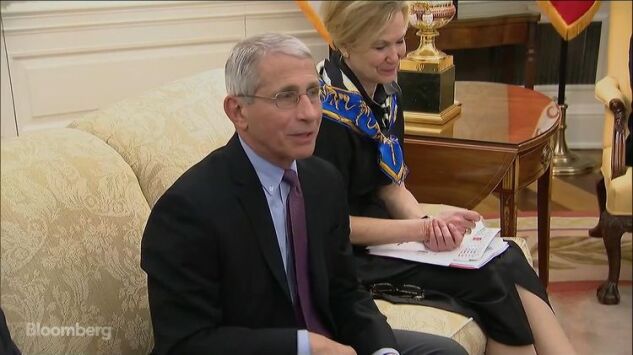 The Trump administration isn’t alone in trying to fast-track a vaccine. One of the world’s most promising vaccine candidates has been developed by a team at Oxford University in London. Last month, scientists at the U.S. National Institutes of Health innoculated six rhesus macaques with the Oxford vaccine and then exposed them to the coronavirus, the New York Times reported.

All six were healthy more than four weeks later, according to the Times. The researchers are currently testing their vaccine in 1,000 patients and plan to expand to stage two and three clinical trials next month involving about 5,000 more people.

The Oxford group told the Times they could have several million doses of their vaccine produced and approved by regulators as early as September.

In the U.S., the Bill & Melinda Gates Foundation has meanwhile to the coronavirus virus.

More than 1 million cases of coronavirus have been confirmed in the U.S., and at least 58,000 people have died from the illness it causes in the last two months. Widespread social-distancing measures have helped slow the spread, but at the cost of millions of jobs and losses to the economy that experts fear will take years to recover.

Along with wider diagnostic testing for the virus and an effective therapeutic drug, a vaccine is one of the key tools for reducing long-term risk from the virus. Testing can help contain an outbreak in its early stages, or after it’s been curbed enough to manage. A therapy can help those who get sick, reducing the risk of death and the burden on hospitals.

announced Wednesday that in a trial conducted by Fauci’s agency, the U.S. National Institute of Allergy and Infectious Diseases, its experimental coronavirus therapy remdesivir .

Vaccines are one of the most effective tools against viral disease, as they can prevent people from becoming sick at all. They’re a shortcut to the immunity that most people acquire after they’re sickened by a virus and recover. During the illness, the immune system produces antibodies that it can subsequently use to fight off later exposure to the same pathogen.

Vaccines use a live, weakened virus, a dead one, or pieces of the pathogen to trick the body into building defenses without having to get sick.

But even Fauci’s prospective 12-to-18-month timetable would be years faster than typical vaccine development. A vaccine for the Ebola virus that went into clinical trials in 2014 received approval from U.S. regulators in December -- a five-year effort considered remarkable for its speed.

And the new coronavirus poses fresh challenges. How many people get immunity after exposure, how robust the pathogen is, and how long it lasts are all still questions. Some research has shown that immunity to other coronaviruses, including those that cause SARS, MERS and forms of the common cold, .

It’s not clear how much of Operation Warp Speed is new and how much will involve ongoing projects, such as investments made by BARDA, the Biomedical Advanced Research and Development Authority.

BARDA has already handed out hundreds of millions of dollars to drugmakers including and . The money is meant to fund both research and large-scale manufacturing at the same time, hopefully to accelerate vaccine production.

But last week, BARDA’s director Rick Bright was removed and reassigned to the NIH. He has said he will file a whistle-blower complaint, alleging the White House retaliated against him because he resisted promoting widespread use of malaria drugs Trump has touted for coronavirus.

The drugs, chloroquine and hydroxychloroquine, haven’t been proven effective against the virus and some clinical trials have been abandoned because of dangerous side effects. After directing the government to obtain more than 29 million doses of the drug, Trump has recently stopped promoting the medicine as a coronavirus treatment.

He claimed last week that he didn’t know Bright and was unaware of his removal.

To contact the reporters on this story:
in Washington at jjacobs68@bloomberg.net;
in New York at darmstrong17@bloomberg.net