Thailand is starting the clinical stage for its after both monkeys and mice generated satisfactory antibodies against the virus following injections, according to scientists in the study.

“We hope that the vaccine could generate neutralizing antibodies in humans seen in monkeys and mice,” , head researcher at ’s Center of Excellence in Vaccine Research and Development, said at a briefing on Sunday in Bangkok. If the trials are successful, Thailand could have its vaccine by the second half of 2021, he said. 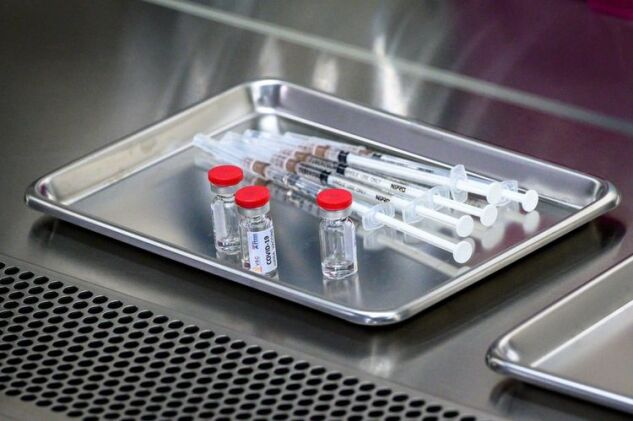 Doses of a Covid-19 vaccine candidate ready for trial on monkeys at the National Primate Research Center of Thailand at Chulalongkorn University in May 2020.
Photographer: Mladen Antonov/AFP via Getty Images

The Thai study will begin its human trials as early as September and will be among the first done outside high-income countries. Globally, 160 vaccines are being studied for Covid-19, of which 21 are at the clinical evaluation stage, according to the .

Access to life-saving vaccines is a in poorer countries. The economic turmoil of the pandemic has raised the stakes, and the worry is that countries will compete for scarce supplies, seeking to protect their own populations. The Oslo-based Coalition for Epidemic Preparedness Innovations, WHO and the non-profit vaccine alliance Gavi are among those seeking equitable distribution.

The first stage of Thai clinical trials will enroll about 100 volunteers separated in two groups, one for people aged 18 to 60 and the other for 60- to 80-year-olds, Kiat said. The focus of the first stage, which will take about two months, is on determining the safety and appropriate dosage for human use. The recruitment for volunteers is expected to start in September.

The second stage, likely to begin in December, will involve 500 to 1,000 people. The vaccine may get emergency-use authorization from the Food and Drug Administration and skip the third and final stage, which would use more than 10,000 volunteers in countries with an ongoing outbreak, according to Kiat.

The Chulalongkorn University vaccine employs new mRNA technology that’s similar to that of a project led by Cambridge, Massachusetts-based . The technique is cost-effective and ideal for large-scale production. Thailand also has several other Covid-19 vaccine studies underway using a variety of methods.

The production of 10,000 doses for the vaccine trials will start next week. Once the trials have completed all stages, Thailand will start output, with the potential to boost supplies for distribution to neighboring nations and other low- or middle-income economies.

To contact the reporter on this story:
in Bangkok at rthanthongkn@bloomberg.net

To contact the editors responsible for this story:
at sjagtiani@bloomberg.net