A customer picks up a take-out order at a Shake Shack restaurant in Washington, D.C., U.S., on Monday, April 20, 2020. Shake Shack Inc. will return a $10 million loan from the U.S. government amid criticism that larger companies gobbled up the emergency funding while smaller businesses were frozen out.
Photographer: Andrew Harrer/Bloomberg

No one wants to take the blame for the loophole that allowed name-brand restaurant chains like to get huge sums of pandemic-relief money meant for small businesses.

Lobbyists, lawmakers and agency officials deny responsibility. Yet fingers are pointing over how big national chains including and Ruth’s Chris Steak House landed $10 million or more apiece in loans while millions of mom-and-pop firms were left stranded when the program ran out of money.

Many lawmakers now want the loophole closed with Congress poised to $320 billion of new funds this week, though a draft of the new legislation obtained by Bloomberg doesn’t fix it. The Senate passed the measure Tuesday and the House could vote Thursday.

Still, some companies and Washington policy makers are rushing to recover in the face of bad press over the earlier round of small-business relief, with Shake Shack pledging to return its $10 million. Treasury Secretary said he’d work to make sure big companies don’t get money in the new bill. 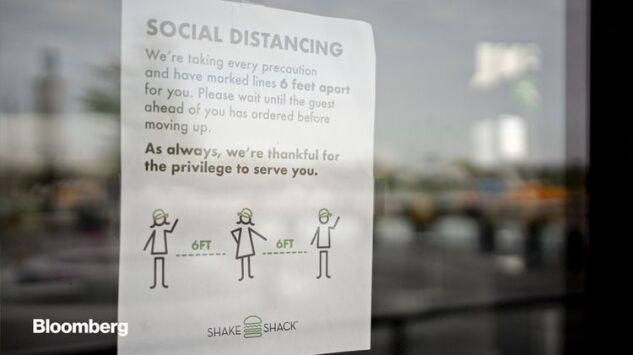 He said the Treasury Department would issue guidance to clarify the certification process and requirements for companies seeking small business loans under the new round of funding.

The culprit in the earlier bill was three words that made all the difference: “per physical location.”

“During the covered period, any business concern that employs not more than 500 employees per physical location” in the hospitality sector should be eligible to get a loan. 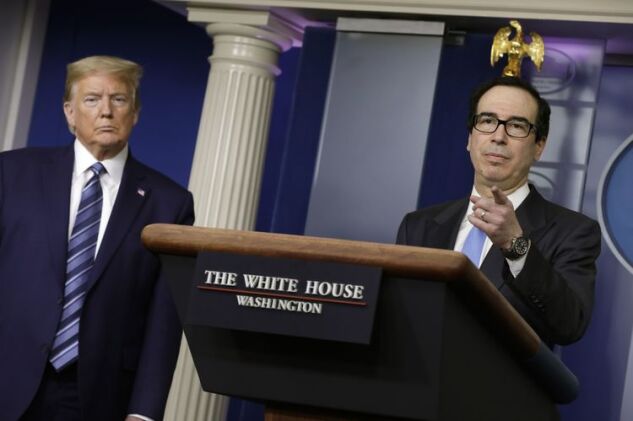 The language didn’t clarify whether individual locations must apply for the aid or whether corporate headquarters could start vacuuming up millions in relief funds, nor did it necessarily apply solely to franchisees.

“We have over a million companies that have received this with less than 10 workers,” Mnuchin said Tuesday at a White House briefing. He added, however, that “there have been some big business that have taken these loans.” He said the Treasury will issue guidance to clarify the certification process and requirements for companies seeking loans destined for small businesses.

President said at the briefing that he would ask larger companies to return money that was intended to help small businesses. “They shouldn’t have taken it,” Trump said. “And they’re going to pay back that money.”

Mnuchin tweeted Monday and repeated earlier Tuesday that he was glad Shake Shack said it’s returning the funds it received.

Restaurant and hotel lobbyists concede they pushed for their industries to get special treatment, but denied they were behind the language that opened the door to large firms. A key House Democrat blames Republicans, one of whom pins fault on the Treasury. Others say the measure was sought and approved by lawmakers from both parties to keep unemployment from swelling.

There was bipartisan support for including operators of multiple franchises who, though they fly the flag of a corporate brand -- Marriott, for example -- and get marketing support, are essentially independent small businesses.

“The idea when this was passed, was to bring as many small businesses as possible into this to help their employees,” Representative of Ohio, the top Republican on the House Small Business Committee, said in an interview. “They are hurting just like everybody else is.”

The measure was “designed to put a floor under the restaurant and travel and hotel industries that are genuinely struggling, and the small businesses that so many of us are familiar with,” Democratic Senator of Delaware said in a March Bloomberg Television interview.

The now infamous loophole is nestled in the Paycheck Protection Program, overseen by the . The initiative was designed to throw a financial lifeline to businesses with fewer than 500 employees to help them keep workers on the payroll.

Shake Shack said Monday it’s giving the and raising salaries for employees, while the operator of Ruth’s Chris Steak House said it’s keeping the funds and will follow the guidelines to maintain staff and paychecks. A spokesman for Potbelly said Congress allowed funding for restaurants because their workers are “vital to our economy.” , which said last week its Texas Taco Cabana subsidiary received $10 million under the program, declined to comment beyond an earlier .

Initial proposals from the Treasury and Senate Republicans in March disappointed lobbying groups for the hotel and restaurant industries, as well as franchises, where big brands and chains are common.

They argued that many independent franchises are de facto small businesses that were suffering as shutdowns spread across the country. The trade groups urged lawmakers crafting the provisions, particularly Republican Senators of Florida and of Maine, to make sure franchises and other hospitality businesses with multiple locations could access the funds.

“For that laid-off server or line cook they don’t care what logo is on their uniform,” said , executive vice president for public affairs for the National Restaurant Association, which was one of the groups that lobbied for special attention. “They are praying that their boss has applied for this so they can stay on payroll.”

The group, which represents thousands of restaurant owners and chains including and , was “pushing this message with anyone who would listen” in the Treasury Department, at the White House and in Congress, Kennedy said. They first made the case for restaurant-specific aid in a March 18 letter, but Kennedy said they didn’t come up with the legislative language around locations.

Kennedy noted that despite the outcry over Shake Shack, food service and hotels together have represented less than 10% of the loans, according to the SBA’s numbers.

As the backlash heated up, House Republican leader said Tuesday on Fox News that he had spoken to Mnuchin and Trump about going “after those big companies that cheat the system.”

Rubio, who chairs the Senate Small Business Committee, tweeted Monday that he was trying to get at “independently owned franchises” rather than “multiple subsidiaries of a national brand” and blamed the Treasury for issuing a rule for implementing the law that doesn’t “reflect legislative intent & should be corrected.”

A Treasury spokesman didn’t comment on Rubio’s contention that it was regulatory guidance that allowed the big chains to get the small business loans, but said the department was looking at how to make the program better at reaching its intended recipients.

Guidance from Treasury may be the only way to change the program in the near term. Although Congress is close to voting to replenish the program’s funds, with most members sheltering in place, lawmakers will need to take up the narrowest bill possible in a “pro forma session” to win approval by unanimous consent.

Rubio said Monday that his committee would conduct “aggressive oversight” of PPP this fall, including using subpoena power to determine whether companies made false certifications to obtain loans.

Senator , an Arizona Republican, blamed “big banks” for allowing bigger companies in on a program despite their advantages over small firms in accessing capital in a tweet Tuesday and urged “better oversight and transparency.”

Representative , a New York Democrat, who chairs the House Small Business Committee, faulted Republicans for the loophole. “I can promise you that was not the language,” Democrats proposed, she said in an interview. She said she opposes major chains’ use of the PPP because the program wasn’t intended to be a “bailout to the wealthy and well-connected.”

The American Hotel & Lodging Association pointed out that funds are also going to industries that have suffered fewer consequences from the pandemic, such as the construction sector, said , the group’s executive vice president of government affairs.

The International Franchise Association said that group’s goal was to make sure “that independent franchise owners should be treated the same as every other business owner,” according to , the group’s senior vice president for government relations.

“What was unexpected is that so many businesses of all sizes would be stuck on the outside looking in,” Haller said.