Migrant farm laborers in California have their temperature checked and are asked questions about their health before boarding a bus to their shifts.
Photographer: Brent Stirton/Getty Images

Meet the people needed to keep the post-Covid economy running.

In the wake of a pandemic that’s put millions of Americans out of work, a new crop of jobs is emerging. Companies racing to get back to business are creating roles to keep employees and customers safe from a highly contagious virus -- positions that may become even more in demand the longer time passes without a vaccine or treatment.

“There is going to be this constant experimentation with new ways of doing certain kinds of jobs,” said , the principal economist at job networking site LinkedIn.

These roles, of varied levels and pay grades, are unlikely to significantly offset the more than 36 million that were idled in U.S. lockdowns. Still, as many furloughed employees begin to return to offices and job sites, they will encounter new coworkers with responsibilities inconceivable before the outbreak.

Nearly every industry is looking for new types of workers to prevent the virus’s spread, said Jeffrey Burnett, chief executive officer of Labor Finders, which connects industrial employers with hourly workers. He’s seeing demand for jobs such as social-distancing monitors at construction sites, entrance watchers at nursing homes and plexiglass installers for offices.

Large companies are evaluating ways to return to work that may bring in new jobs or reposition old ones. for instance, plans to check the temperatures of staff and visitors to its offices when they reopen, and is lab workers for its own virus tests. is considering adding elevator attendants to prevent too many people from pushing buttons, people familiar with the matter last month. ’s guide for its includes having an attendant manning self-serve drink stations that are open during peak hours.

“There’s going to be some behavioral shifts, but there are also going to be some skillset shifts, and we’re already starting to see that,” said Debra Thorpe, senior vice president and general manager for Americas operations at staffing company Kelly Services.

Thermal scanners -- temperature takers -- are already among the more common roles needed, Thorpe said. Her company has placed hundreds of those jobs at workplaces that stayed open during the shutdown and anticipates thousands more once people return to offices.

One of those taking a job was Mark Scofield, 67, who screens workers entering a large retail distribution site in North Salt Lake, Utah. The retired Air Force special agent works 8 p.m. to 4 a.m., making $20 an hour. Even though his age could make him vulnerable to Covid-19, the 6-foot, 6-inch former military investigator says he’s not worried because “I haven’t been sick in years.” 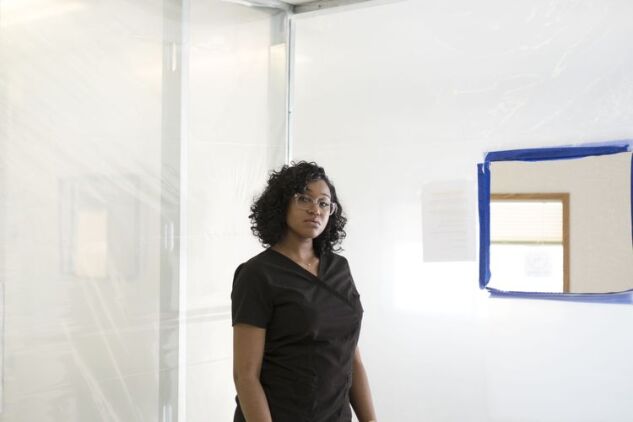 In Urbana, Maryland, Simone Williams starts each weekday at 5:30 a.m. in a small trailer helping screen about 100 construction workers for signs of the virus. She checks their temperature with a thermal scanner and asks questions about their health before clearing them to enter. About halfway through her five-hour shift, she patrols the site to ensure that people are wearing masks and maintaining distance requirements.

The role pays $20 an hour for 25 hours a week -- more than Williams makes in her other job as an employment coach at a nonprofit for people in mental-health recovery. So far, she hasn’t encountered any workers with a fever.

“I’m a people person and I’m comfortable interacting with them,” said Williams, 23. “But then when I’m telling people what I do, that kind of makes me nervous.”

Another key area is contract tracing, which could create as many as 250,000 jobs in the U.S., said Dante DeAntonio, a labor market economist with Moody’s Analytics. His estimate is based in part on the ratio of 81 tracers per 100,000 residents utilized in Wuhan, China, where the outbreak started. 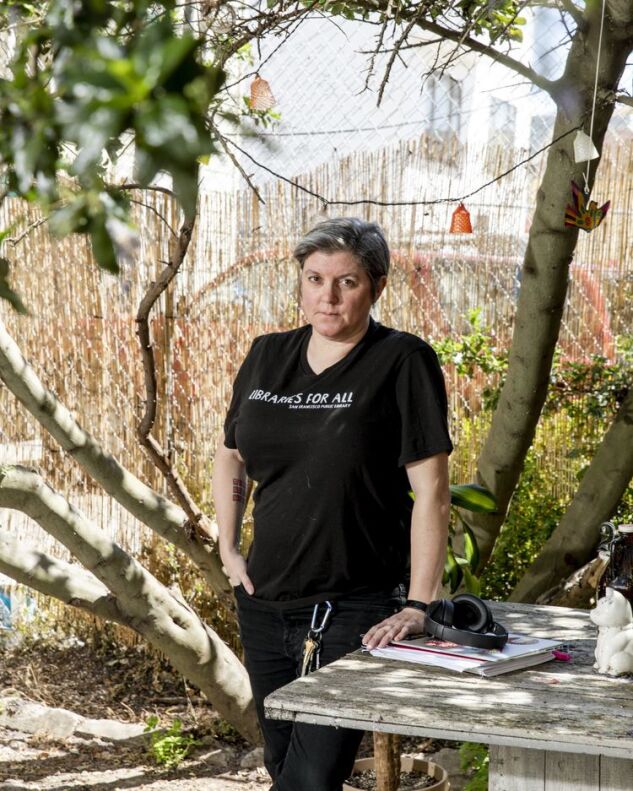 Lisa Fagundes, a contact tracer, in the backyard of her apartment in San Francisco.
Photographer: Cayce Clifford/Bloomberg

Lisa Fagundes, who was furloughed from her job as a librarian in San Francisco, took a 20-hour-a-week position as a contact tracer for the city this month. She completed a week of virtual training before she started the job, which involves tracking down everyone who has been in contact with a Covid-19 patient and alerting them they need to self-isolate.

It is a “really similar” job to being a librarian, in that she’s talking with people, said Fagundes, 42. But it’s often tough telling people they have been exposed to someone with the virus, she said.

Retailers that have been open throughout the lockdowns have already shifted workers to positions like cart wipers, door monitors and ensuring customer compliance with social distancing measures. That type of hiring is poised to accelerate, said , CEO of Snagajob, which helps almost half a million companies find hourly workers for open jobs.

“Phase one was largely re-purposing existing staff,” Stevenson said. “Now as we are starting to see, as people have adjusted to the next normal, there is a dedicated ‘cart sanitizer.’ That is a distinct role they are hiring for.”

Coyle Hospitality Group -- whose typical business is employing independent contractors known as mystery shoppers to rate customer service -- now plans to hire several thousand “social distancing ambassadors” over the next few months, said President Jim Coyle. Those workers will visit businesses such as hotels and restaurants to review standards for safety measures such as distancing and wearing masks and gloves.

Even though there are millions of unemployed Americans, it’s not always easy to fill the roles created by the pandemic, said , CEO of , which helps place 700,000 workers a year. The $600 a week in supplemental unemployment from the U.S. government, combined with state unemployment, is often more than the workers can make in one of the new jobs, he said. Meanwhile, the positions have their own virus risks.

“The tailwind is you’ve got 30 million people who are unemployed right now, and many of those folks are coming forward and saying they’d like to keep busy,” he said. “And there is a group that’s raising their hand and saying ‘No, I think I’m going to stay home until this blows over more.’”

Still, there’s opportunity for short-term gigs at organizations like Battelle, a Columbus, Ohio-based nonprofit that has a six-month contract with the U.S. government to decontaminate N95 masks. It has said it may hire as many as 1,300 workers at 60 sites around the country.

Megan Stein, 18, is working at the Miami location before attending college in the fall. She’s on the job midnight to noon, seven days a week, in three-week stretches, decontaminating masks in a chamber with a hydrogen peroxide solution.

“The idea of me going and cleaning masks that could possibly have been in contact with Covid patients, when you are first hearing of that, it’s not an easy feeling,” said Stein, whose father works at Battelle in a different role. But her friends and family are “really supportive of me and just proud of what I’m doing.”

(Updates with quote from staffing executive in eighth paragraph. A previous version corrected the description of TrueBlue.)

To contact the editor responsible for this story:
at kwetzel@bloomberg.net