A monitor displays Pfizer Inc. signage on the floor of the New York Stock Exchange in New York, on Dec. 19, 2018.
Photographer: Michael Nagle/Bloomberg

A vaccine developed by and protects most people from Covid-19, according to a study whose early findings sent stock prices surging and were hailed by the top U.S. infectious-disease specialist as “extraordinary.”

The shot prevented more than 90% of symptomatic infections in the trial of tens of thousands of volunteers, the most encouraging scientific advance so far in the battle against the coronavirus. While the results are preliminary, they may pave the way for the companies to seek an emergency-use authorization if further research shows the vaccine is also safe.

Pfizer shares rose as much as 15% and were trading 8.8% higher at 3:14 p.m. in New York, while BioNTech American depositary receipts surged as much as 24%. The news fueled a global rally that added more than $1.8 trillion to the value of the MSCI All Country World Index.

The findings are based on an interim analysis conducted after 94 of the trial’s 43,538 participants, split between those who got a placebo and those who were vaccinated, contracted Covid-19. The trial will continue until 164 cases have occurred. If the data hold up and a key safety readout Pfizer expects in about a week also looks good, it could mean that the world has a vital new tool to control a pandemic that has killed more than 1.2 million people worldwide. 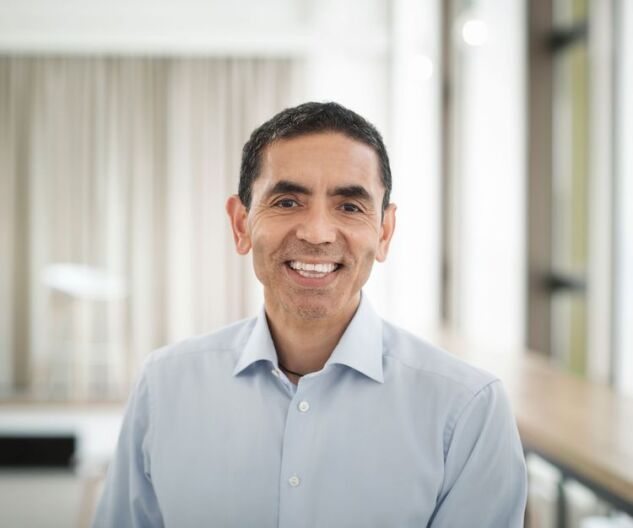 With effectiveness for the first vaccines previously expected to be in the range of 60% to 70%, a rate of more than 90% “is just extraordinary,” said , director of the National Institute of Allergy and Infectious Diseases, on a call with reporters.

The data do have limits. It isn’t known how well the shot works in key subgroups, such as the elderly. And it isn’t known whether the vaccine prevents severe disease, as none of the participants who got Covid-19 in this round of analysis had such cases, said William Gruber, Pfizer senior vice president for vaccine clinical research and development.

Outside researchers said they would need much more data, including the safety information, to assess how good the vaccine is. Assuming the encouraging early results are upheld and the vaccine is approved, use in the general public would still be a ways off, with those at the highest risk likely to get it first.

“So far, it looks like it is promising,” said Peter Jay Hotez, a vaccine researcher and dean of the National School of Tropical Medicine at Baylor College of Medicine. “It helps provide proof of concept that it is possible to make a human Covid-19 vaccine.”

Assuming the vaccine clears the final hurdles, attention will rapidly shift to rolling it out across the world. The challenges will be immense: The companies have agreed to with the U.S. government and with other countries, but it’s widely expected that front-line medical personnel, essential workers and at-risk groups will receive any authorized shot first.

U.S. states have been working on distribution plans, but many can’t finalize arrangements until it’s clear what shot will be given, as the top candidates have varying requirements for storage and transport. Pfizer’s vaccine, for example, must be kept at ultracold temperatures.

“The rollout of vaccines requires the near-flawless execution of an interconnected chain of processes,” according to an Oct. 21 report from the Boston Consulting Group. In addition to handling the products, officials will need to mount public education and outreach campaigns, as well as monitoring whether vaccines have any safety or efficacy issues once they reach a broader population.

The Pfizer vaccine is being tested in a two-dose regimen. The trial started in July, and since most participants only received their second dose much more recently, nobody knows how long any protection will last.

However, the strong reading from the first large-scale trial to post efficacy results bodes well for other experimental vaccines, in particular one being developed by that uses similar technology. Its big trial could generate efficacy and safety results in weeks. If that study succeeds as well, there could be two vaccines available in the U.S. by around year-end.

Pfizer expects to get two months of safety follow-up data, a key metric required by U.S. regulators before an emergency authorization is granted, in the third week in November. If those findings raise no problems, Pfizer could apply for an authorization in the U.S. this month. A rolling review

The positive preliminary data mean the U.S. pharma giant and its German partner are on track to be first with a vaccine, after signing with governments worldwide for hundreds of thousands of doses. The companies have said they should be able to produce 1.3 billion doses -- enough to vaccinate 650 million people -- by the end of 2021. About 50 million doses are expected to be available in 2020.

“It shows that Covid-19 can be controlled,” BioNTech Chief Executive Officer said in an interview. “At the end of the day, it’s really a victory of science.”

Pfizer has found itself drawn into a contentious political debate about how quickly regulators in the U.S. should allow a vaccine to be given to Americans. President pushed to have a shot approved before Election Day, but regulators put in place rigorous standards that largely pushed that goal out of reach.

On Oct. 16, Pfizer Chief Executive Officer said the companies could seek an emergency use authorization from U.S. regulators by late November if the trial results were to show the shot is safe and effective.

and Sen. questioned that the data were released Monday, after the election. “Why now?” the senator asked, with the president’s son calling the timing “pretty amazing.”

Pfizer and BioNTech have a $2 billion deal to supply 100 million doses to the U.S., with an option for 500 million more. Among the frontrunners, theirs is the only vaccine project that did not take funding from the White House-led Operation Warp Speed program to bolster research, development or manufacturing. BioNTech received up to 375 million euros ($445 million) in development funding from the German government, however. 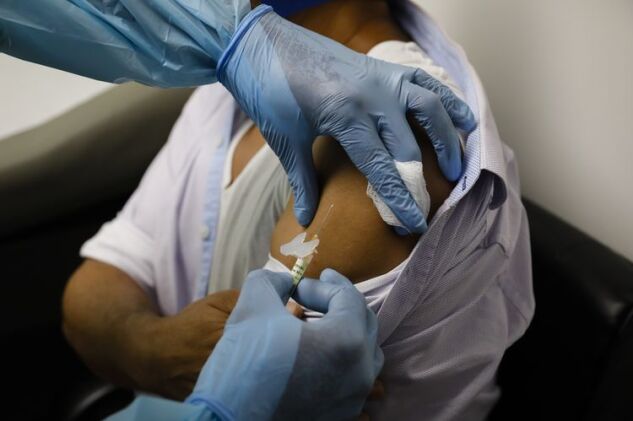 The shot relies on messenger RNA technology never before used in an approved medicine. Using mRNA, which essentially teaches the body’s cells to become , allowed it to be developed much faster than a traditional vaccine.

Pfizer had originally planned to conduct a first analysis of trial data after just 32 virus cases had occurred in the trial, which has enrolled volunteers in multiple countries. Analyzing the data that early proved controversial among medical experts. Other companies working on vaccines planned to wait longer before scrutinizing trial information.

After discussion with U.S. regulators, Pfizer and BioNTech said they recently elected to drop the 32-case threshold and conduct the first analysis at a minimum of 62 cases. The assessment focuses on symtomatic Covid-19 infections, not merely those who test positive.

While Pfizer conducted those negotiations, it paused testing of participant samples for the virus, said Gruber. By the time Pfizer had made the changes in the trial plan and restarted virus testing a few days ago, some 94 cases had occurred, far more than the trial needed to meet the new threshold.

Pfizer raced to verify the data, which were still blinded to almost everyone at the company beside a few statisticians. Early on Sunday afternoon, an independent data monitoring committee met in a closed video session to review the results for the first time. Afterward, the panel brought Gruber, Sahin and other company representatives onto the call and told them the vaccine had easily achieved its efficacy goal.

“Everyone is pretty ecstatic,” said Gruber.