Covid-19 vaccine results from and fueled optimism that the world will soon have a potential way out of the pandemic, yet experts cautioned that the shot still has many hurdles to clear.

Questions about production, distribution and, most importantly, the performance and capability of the shot itself still need to be answered, even if the numbers look highly promising, according to vaccine specialists. The Pfizer trial started less than four months ago, and how long the vaccine will confer protection and how many will benefit are almost complete unknowns for now.

“The key question still centers upon time,” said Michael Kinch, a drug development expert and associate vice chancellor at Washington University in St. Louis. “Will time tell us that the protection remains useful for the larger population?”

In a remarkable scientific feat -- achieved from the U.S. vaccine accelerator known as Operation Warp Speed -- Pfizer and BioNTech produced positive results just over 11 months after the emergence of Covid-19 in China. An early of data from the trial of more than 40,000 volunteers suggested the vaccine was more than 90% effective in preventing the illness, the partners said Monday, the same day the U.S. surpassed 10 million total cases.

The results were published in a press release, not a peer-reviewed journal study. Nonetheless, they investors, as stocks surged and bonds tumbled around the world. The S&P closed at a two-month high, while and stocks rebounded after months of pandemic damage.

The likely success of the first vaccine in a large, late-stage trial raised hopes that others, like those developed by and with the University of Oxford, will also work. Yet infectious disease researchers cautioned against getting too excited over the limited data that Pfizer has revealed. 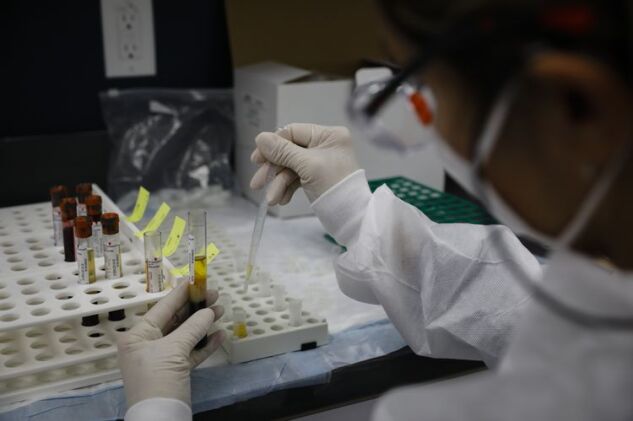 The companies’ “does not at all tell us about just what they’ve actually accomplished,” said , director of the Center for Infectious Disease Research and Policy at the University of Minnesota, during a radio interview Monday. “It’s really too early to put any definition to what this new vaccine research shows us.”

The headline number of 90% reduction in symptomatic cases says little about what kind of cases are being prevented. Detail on how well the vaccine works in the elderly and other vulnerable groups who most need protection is yet to come.

About half the trial participants are elderly, and it’s possible to project from the current results that the efficacy among older people should be above 80%, BioNTech Chief Executive Officer said. More analysis is needed to be sure, he said.

A shot that prevents serious disease would be important for relieving pressure on overloaded hospitals and emergency rooms. The current data analysis doesn’t include any severe cases, but they’re expected to occur as the study continues, Pfizer Senior Vice President William Gruber said.

It still may be difficult to accrue the five severe cases that the U.S. has said it wants to see in vaccine trials, because the rate of serious infections has gone down as the pandemic progressed and treatment has improved, he said.

Pfizer expects to have accumulated two months of safety data for people in the trial by next week. If there are no unforeseen problems, the company could apply for an emergency use authorization in the U.S. soon after that, potentially this month.

At that point, FDA’s internal reviewers will first pore over the safety, efficacy and manufacturing data. The agency also has promised a review by outside experts to increase public confidence in any vaccine authorized. A date for that hearing hasn’t been set yet.

If an emergency authorization is granted, a second committee of outside experts convened by the will quickly weigh in to decide who should get the vaccine first. Only then will distribution begin.

All this means that even if Pfizer’s data hold up, it may be late December or even early January before a vaccine becomes available. At that point there might be around 50 million doses worldwide, enough for 25 million people.

In an interview late last month, , chief executive officer of the Coalition for Epidemic Preparedness Innovations, said that if a vaccine crosses the line, there could be uncertainties about the durability of protection and how often people may need booster shots. The number of doses available would also probably be unclear. Global vaccine supplies might begin to catch up with demand at some point in 2022, he said.

“Even if we got a positive readout and a pretty benign safety signal and an emergency use authorization is extended -- if that’s what ends up happening in the U.S. -- the quantity of the vaccine that will become available will still be limited,” he said.

The Warp Speed effort to develop and buy vaccines would have to achieve complete success -- with six of six successful -- for the U.S. to reach herd immunity by June, according to Airfinity Ltd., a London-based research firm. Failures and delays could stretch out the timeline for slowing the virus’s spread to 2023 or beyond.

Vaccines like Pfizer’s must be kept at ultra-cold temperatures, a challenge that will need to be overcome if the vaccine is to be made broadly available, according to experts.

Rollout of any shots will take time, so masks, distancing and testing and contact tracing will still be vital, said Ohid Yaqub, a senior lecturer at the University of Sussex’s Science Policy Research Unit. President-elect Joe Biden also emphasized the need to continue such .

It’s also important to continue watching those who received the vaccine for years. The messenger RNA technology used in the Pfizer/BioNTech vaccine has never been deployed in humans before.

“It will be crucial to track the safety and efficacy over the coming weeks and months,” said Kinch, the Washington University expert. “If nothing else, we have learned that we need to look to the long term.”

”A positive signal would be exciting,” Hatchett said, “but it certainly wouldn’t mean that the pandemic is about to be over.”

To contact the reporters on this story:
in London at jpaton4@bloomberg.net;
in New York at rlangreth@bloomberg.net