The Air Force and Space Force are feeling out the space industrial base for a potential pandemic bailout from Congress.

The services said Wednesday they have begun a survey on how coronavirus upheaval has stressed companies and increased the costs of existing programs as well as how stimulus funds could be used for small space vehicles, micro-electronics, and other areas that could be important to future operations.

The effort to shore up the space industry followed an emergency meeting of the Pentagon’s Space Acquisition Council that was created as part of the fiscal 2020 defense authorization () enacted in December. It was only the second meeting of the council composed of top air and space military officials. 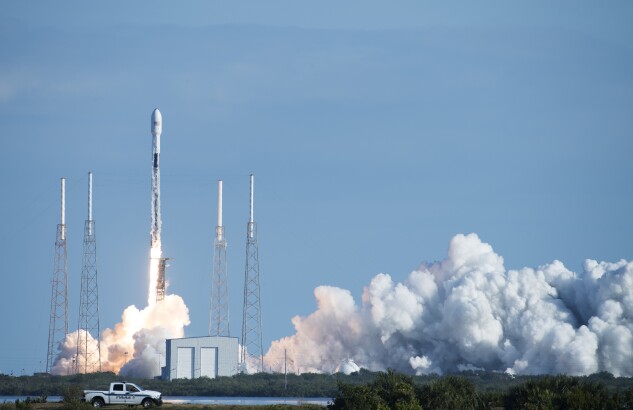 The industry has been “hit hard” due to its reliance on private capital, Will Roper, the Air Force assistant secretary for acquisition, technology, and logistics, told reporters during a briefing on Wednesday. “I think they are looking to the government to take a leading role to say what is going to be important in the long term.”

The council ordered that a comprehensive survey be sent out to portions of the industry including members and nonmembers of the Space Enterprise Consortium, which helps smaller businesses compete for government contracts, as well as think tanks and federally funded research and development centers, according to a release.

“We put out a survey, when we get the results back it will help us provide a message to Congress, OSD and others about where we need to take action,” said Roper, using the acronym for the Office of the Secretary of Defense.

The survey has three areas of focus:

To contact the editors responsible for this story: at phendrie@bgov.com; at lduggan@bgov.com