Even as the of the Covid-19 pandemic in the U.S., some domestic manufacturers of N95s and surgical masks are struggling to stay in business. Several companies have because of declining sales as people got vaccinated, state mask mandates ended, and the flow of cheaper foreign-made masks resumed. The American Mask Manufacturers Association (AMMA), a trade group that represents more than 20 smaller manufacturers, estimates that 5,000 workers have been laid off across its member companies. DemeTech Corp., based in Miami Lakes, Fla., has alone laid off about 1,500 people, according to Luis Arguello Jr., the company’s vice president.

The mask makers’ plight is part of a larger problem that the U.S. government faces: ensuring a reliable domestic supply of protective gear for the next crisis. At the beginning of the pandemic, imports of personal protective equipment from overseas—which made up almost all of the PPE supply in the U.S.—were disrupted, and doctors and nurses often had to wear the same masks for weeks and plastic bags for protective gowns because of . 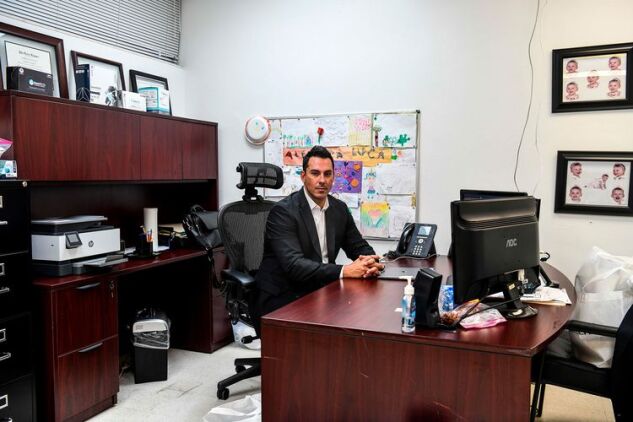 Now the U.S. is “one problem away from being back where we were last spring,” says Megan Ranney, co-founder of Get Us PPE, an organization that provides PPE to communities in need at no cost. It is “incredibly shortsighted to have items of national security importance produced predominantly overseas.”

So far, production capacity is keeping up with domestic demand for masks, though not for nitrile gloves or . The U.S. Government Accountability Office estimates that in May, U.S. manufacturers produced N95s in excess of demand and almost met the need for surgical masks. But factory closures could tip the scales back to shortages.

There are significant reserves of PPE in the , and the federal government, states, and hospitals have other reserves to supplement it. However, those supplies will expire, and if manufacturers in the U.S. close up shop, the main sources will be abroad once again. Larger manufacturers such as and could quickly to make masks if needed. But smaller companies produce more U.S.-made masks, according to the AMMA, which is sitting on a pile of 300 million surgical masks and 20 million N95s that it can’t sell.

PPE manufacturers need committed purchasing from both the federal government and health systems to “create a sustainable supply chain for the future,” says , vice president for advocacy at hospital supply purchasing group Premier and 15 health systems have invested in one Texas-based manufacturer, Prestige Ameritech, agreeing to buy 20% of the company’s mask inventory over the next five years. Such contracts could be what keeps U.S. mask production going.

Hospitals have been reluctant to switch from mask suppliers overseas primarily because of the higher price of domestically made masks—they typically cost about 30% more, Saha says.

The federal government may need to push hospitals to get them on board, some experts say. That could mean a requirement that hospitals buy a certain percentage of their PPE from U.S. companies, or that Medicare and Medicaid give health facilities bonus payments if they make domestic purchases. Another option would be tax incentives for domestic manufacturing. 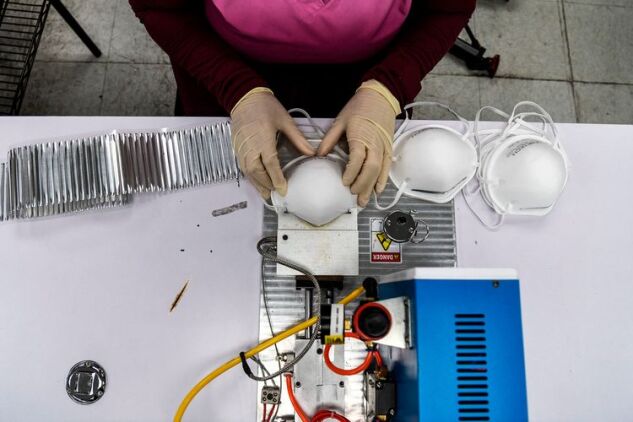 On his first full day in office, President issued an executive order instructing federal agencies to take an inventory of critical health supplies and . He also invoked the Defense Production Act to increase PPE production. The administration has invested about $424 million into domestic companies making nitrile gloves, which are in acutely short supply, and has $10 billion from the American Rescue Plan to spend on other domestic manufacturing expansions for pandemic-related supplies. The U.S. Department of Health and Human Services has awarded 12 contracts for N95 respirators made in the U.S., producing a stockpile of 800 million, according to a spokesperson.

In June the the U.S. Innovation and Competition Act, which folds in a requirement that the departments of Health and Human Services, Veterans Affairs, and Homeland Security issue longer-term contracts for PPE made in the U.S. if it is available, with limited exceptions. “Our nation’s dependence on foreign manufacturers for PPE, such as masks, gloves, and respirators, is a serious national security risk,” Democratic Senator of Michigan, who co-sponsored the measure when it was the bipartisan Make PPE in America Act, said in a statement.

Texas Health Resources, a nonprofit hospital system, began buying some of its N95s from Prestige Ameritech prior to the Covid-19 pandemic. It costs a little more, but having the manufacturer in their backyard is “an insurance policy,” says Shaun Clinton, senior vice president for supply chain management. What we’ve gone through during the pandemic should make people “realize that the insurance policy is worth the money,” he says. — is a reporter for Bloomberg Law.