, the maker of Ritz Crackers and Trident gum, wants to start welcoming workers back to office this summer, though with a caveat -- they must be fully vaccinated against Covid-19.

It’s a thorny issue for many companies as some workers are hesitant about getting the shots, and Mondelez hasn’t finalized its plan. Yet for Chief Executive Officer , vaccines are a way to ensure safety while restoring workplace culture and camaraderie.

“We want to create an environment where you feel comfortable and it’s like it used to be at the office,” he said in a Bloomberg Television interview April 28. “We can only do that if everybody’s vaccinated.”

Vaccines loom large as U.S. companies dial up plans to bring more workers back to the office and cities ease Covid-19 restrictions, with New York City Mayor vowing a full reopening of the nation’s largest metropolis by July 1. The New York Stock Exchange has begun opening further for traders who can prove they’re and Goldman Sachs Group Inc. has formulated a plan to get U.S. employees to return next month now that shots are widely available.

Some employers are pulling out all the stops for their workers to get vaccinated by offering incentives or holding inoculation drives at corporate facilities. Surveys indicate that a significant number of companies are at least considering vaccine requirements as a condition of returning to the office, but few have publicly committed to that approach amid concerns over the potential backlash from employees, implementation headaches and legal risks that could accompany a mandate.

“I think there are many employers that would like to mandate but in fact would like to not be the first movers on this,” said Jeff Levin-Scherz, population health leader at Willis Towers Watson, a consulting firm. 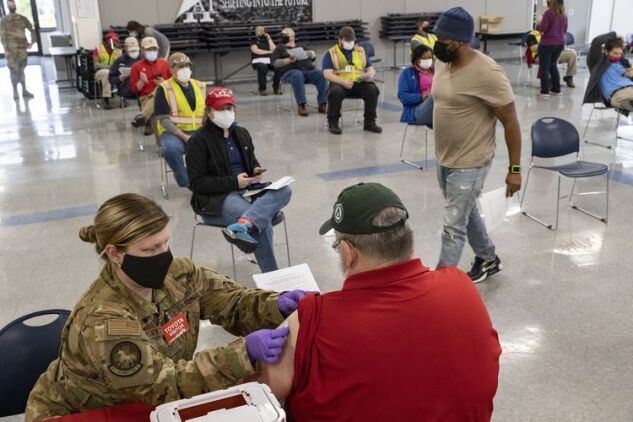 A Toyota plant in Buffalo, West Virginia, offered vaccines to employees and their dependents on March 26, 2021.
Photographer: Stephen Zenner/Getty Images

A March survey by Willis Towers Watson found 23% of U.S. companies were planning or considering a vaccine mandate for employees to return to the workplace, while one in 10 was looking at requiring shots as a condition of employment. Still, that’s down from a survey conducted in January in which 45% of respondents said they were studying or planning a vaccine mandate for in-person work and 34% were mulling vaccination as an employment condition.

For Mondelez, the company intends to initially bring back only vaccinated workers, although it’s still studying whether and how it could implement that plan, a company spokesperson said.

Companies have become more hesitant to impose mandates as they’ve come to grips with how controversial and disruptive they could be, whether because of politicization of Covid-19 vaccines, legal issues or the risk of losing workers, Levin-Scherz said.

“Something often looks more attractive when it’s further away before you recognize all the potential challenges associated with it,” he said.

Employers can require Covid-19 vaccines, according to guidance issued in December from the U.S. Equal Employment Opportunity Commission, with exemptions for workers with medical conditions or religious beliefs covered under other federal laws. Interest in mandates surged after the guidance was released but has waned since, said John McDonald, a management-side employment attorney at law firm .

Working through the practicalities of how to implement and enforce such rules while respecting exempted groups has given some employers pause, he said. Also, bills are pending in several state legislatures that aim to prohibit or limit employer vaccine policies.

Further, the emergency authorization for the three Covid-19 vaccines being administered in the U.S. includes a requirement that patients be informed that they have the option to refuse, adding confusion to the idea of a mandate, he said.

“With clients I’m seeing, it’s a combination of those three things that’s stopping them from making it a mandatory policy,” he said. 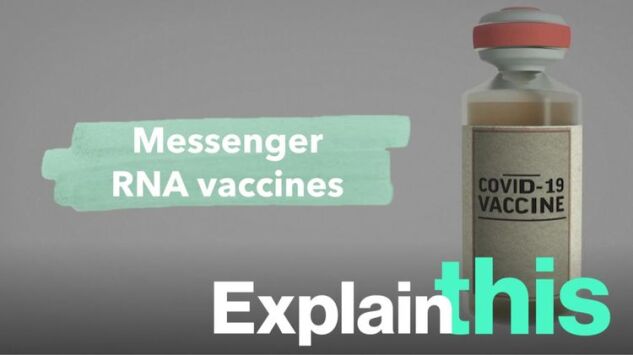 Instead, companies are trying to make it easy and attractive for workers to get vaccinated. plans to allow employees who’ve had their shots back to the office in its home state of Michigan over the summer as local conditions and rules allow, joining factory workers and others who couldn’t do their jobs from home.

The home-appliance maker, which has about 27,000 U.S. workers, began offering a $200 incentive for vaccination, Chief Financial Officer said.

“We are very strong believers that the vaccine will enable us to bring people back in to the office and it will make the workplace much safer,” he said. “All of our executives who are age eligible got appointments and wanted to set an example that we thought it was appropriate to get it.”

plans a May reopening of its Salesforce Tower headquarters in San Francisco, inviting vaccinated workers to volunteer for groups of no more than 100 employees who will work on specific floors. Testing will be required twice a week and “Covid health officers” will ensure that safety protocols are being followed, the company said in a blog post. 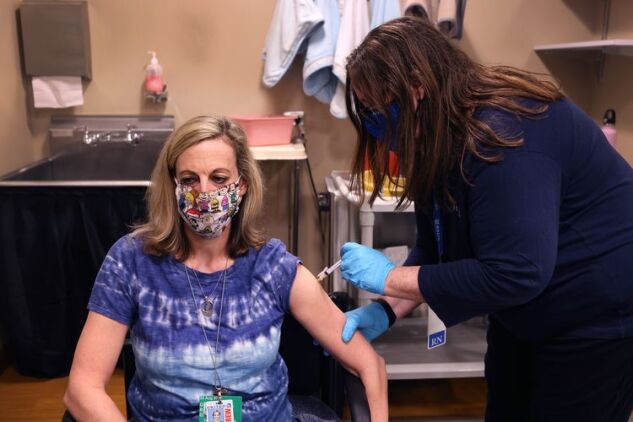 Some companies are offering shots on site. is with more than a dozen employers, including , to inoculate their workforces. The health-care company has administered more than 30,000 doses to Delta employees at clinics hosted in a concourse at Hartsfield-Jackson Atlanta International Airport and another at the Delta Flight Museum on the airline’s corporate campus in Atlanta.

An April survey by and the found that 65% of companies in North America planned to offer vaccine incentives to workers and 87% would inoculate workers at company facilities. The survey found that 44% would require vaccinations for workers, while almost a third said they planned to encourage vaccines but wouldn’t require them.

“I do believe that comfort with vaccines among employers is increasing all the time,” Mara Aspinall, a professor at ASU’s College of Health Solutions and co-leader of the project. “They’re using all the tools available to get employees back to the workplace in as safe and sustainable a way as possible.”

The U.S. unit of Paris-based in March worked with local public health authorities to run a vaccination clinic for employees in Cedar Rapids, Iowa. The maker of electrical power products is preparing to reopen its offices in the U.S. starting in early June while maintaining safety protocols, said Steve Sacco, the company’s vice president of safety, environment and real estate.

Schneider is offering eight hours of paid time-off for employees to get shots, but doesn’t plan to require vaccination, Sacco said.

“We never set out on this journey to treat people any differently when they chose to get a vaccine or not,” he said. “First and foremost, it was really about being respectful of our employees’ choice.”

To contact the reporter on this story:
in Washington at rbeene@bloomberg.net

To contact the editors responsible for this story:
at kwetzel@bloomberg.net