New York Governor said there could be a case for reopening some regions of the state in May, while New Jersey counterpart said his stay-at-home order will “remain in effect in its entirety until further notice.”

Both governors outlined plans for restoring their economies as Covid-19 rates showed signs of stabilization. But while New York looks to its different regions for signs of readiness, New Jersey outlined broader principles, and Murphy said he won’t rush ahead of the other states in the Northeastern coalition. 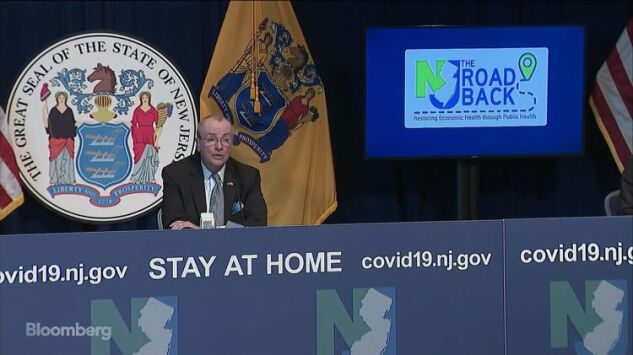 “We only want to have to do this once,” Murphy said of his fellow governors and their agreement to work together.

New York, the epicenter of the U.S. outbreak, reported steady hospitalizations and lower intubations, and fewer than 400 deaths for a second straight day. “It’s still tragically high, but on the decline if you look at it over the last few days,” Cuomo said.

For the purposes of reopening, the state will use the 10 regional economic development zones as a guide, he said. “That entire region has to have a control-room function, where we’re watching what’s happening.” 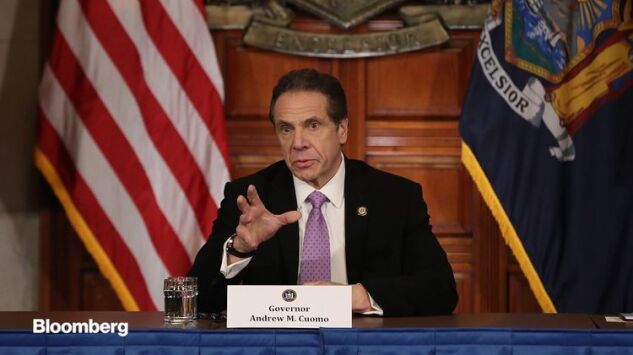 “We’re going to turn the valve on reopening, turn it a little bit, start to reopen and then you watch the dials,” Cuomo said.

New Jersey, which has the second-highest Covid-19 rate, reported 106 new deaths, for a total of 6,044, with a decline in intensive-care patients and ventilator use. Murphy on Monday introduced six principles to govern the state’s reopening.

New Jersey must have a 14-day drop in cases and hospitalizations; double diagnostic testing capacity; recruit “an army of personnel” for contact tracing; and secure locations for people who test positive to isolate, Murphy said. A commission will advise on returns to work and the state must build its stockpile of ventilators and personal-protective equipment.

Cuomo had offered a similar plan April 26, though he plans to open region by region. The governor said Monday that he will extend his stay-at-home order to many parts of the state on May 15, but “some regions you could make the case that we should unpause.”

For New Jersey, Murphy said it’s too early to say whether reopening the most densely populated state would be piecemeal or a unified move, but “my bias will be leaning toward making state decisions.” He used state and county parks, closed since April 7, as an example of places that could be overwhelmed.

“Some counties have said: Hey, wait a minute. We’re less dense. We have fewer people, fewer visitors to our parks,” Murphy said. “That may be true, but the minute you open up two to three parks, either a county park or a state park, you’ve got the rest of the counties, if not the rest of the regions, showing up.”

Cuomo said reopening will be guided by the hospitalization rate, antibody and diagnostic testing, and the infection rate. He released the results of expanded testing which suggests that 14.9% of the state carries antibodies to the new coronavirus.

To date, the state has tested 7,500 people, looking for evidence that their immune systems have built up antibodies to fight off the virus. In an initial study of 3,000 people, 13.9% had signs of the virus. There are big regional differences, with 24.7% positivity in New York City, 10.4% in Hudson Valley and 2.7% in Finger Lakes.

Under Cuomo’s reopening plan, once a region experiences a 14-day decline in the hospitalization rate, it may begin a phased reopening. Businesses considered “more essential” with low risks of infection will be prioritized. As the infection rate declines, the pace of reopening businesses will increase. There will be two weeks between each phase, Cuomo said April 26.

To contact the reporters on this story:
in Arlington at kclukey@bloomberg.net;
in Trenton at eyoung30@bloomberg.net