Sign up here for our daily coronavirus newsletter on what you need to know, and subscribe to our Covid-19 podcast for the latest news and analysis.

The hospitality industry let out a sigh of relief this week after a $2 trillion coronavirus aid package made its way through the legislative ranks. But the road to recovery for restaurants already hit by the outbreak appears grim.

The House approved the largest stimulus package in U.S. history Friday as part of the response to the economic crisis caused by the coronavirus pandemic, sending the measure to President Donald Trump for his signature that afternoon.

The stimulus pot includes about $350 billion for small businesses loans, which won’t have to be paid back if they are used to make payroll, or pay mortgages, rents, utilities or other coronavirus-related expenses. But without a regulatory framework for how—and under what conditions—the loans will be forgiven, many restaurant owners may be been left in limbo. And the bill does little to assist those who’ve already had to fire employees. 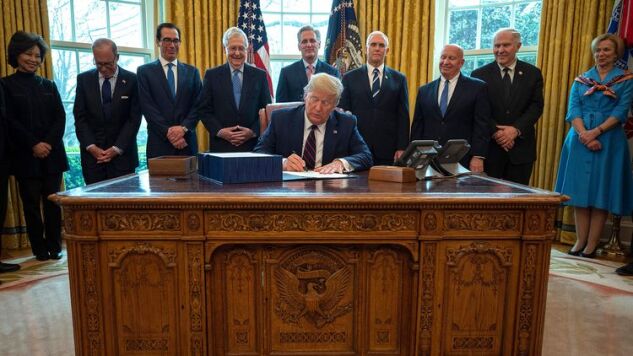 Donald Trump signs the CARES act at the Oval Office of the White House on March 27, 2020.
Photographer: Jim Watson /AFP via Getty Images

The goal of the stimulus was to keep people on employment rolls, experts and business owners say.

The bill both increases the number of businesses eligible for the loans and the amount the loans offer. Businesses must have fewer than 500 employees to qualify, which includes both full-time, part-time and “other basis” staffers. Loans are capped at 2.5 times the outfit’s average monthly payroll, with a maximum loan amount of $10 million.

What If the Employees Are Already Gone?

The money is good news for restaurants that are still operating that need an influx of cash to keep people employed, experts say. But small business owners that have already fired their workers have little clarity on whether they are eligible to apply for the loans.

Restaurants are allowed to re-hire workers down the road, but can’t be sure whether they qualify for forgivable loans if they re-hire employees that received the unemployment benefits of the bill after they got fired. 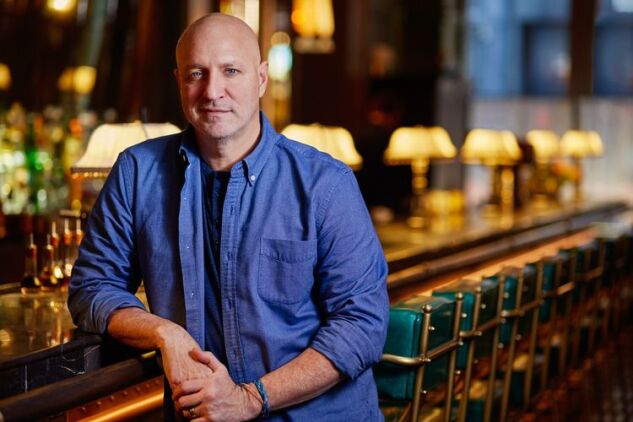 “The initial inaction has left gaping holes for the restaurant industry that need to be plugged,” said Lee Jacobs, partner at New York-based hospitality firm Helbraun & Levey. “The stimulus bill is a good start, it takes care of employees that have already applied for unemployment; it takes care of the businesses and restaurants that made the decision to weather the storm. But it does nothing for those restaurants that were forced to close or terminate their staff before the government acted.”

Many restaurants saw their doors close far in advance of the government’s action, leaving thousands of hospitality workers around the country with no jobs. Unemployment claims spiked to 3.3 million last week, dwarfing previous highs in Labor Department reports published since 1967.

The stimulus bill provides funding to allow states to boost weekly unemployment benefits by $600 through July 31. Previous maximum state benefits ranged from $235 in Mississippi to $823 in Massachusetts, depending on income. This move might prompt fired workers to stay unemployed, rather than seek their old jobs back.

“The expansion of unemployment, the time-line and the amount of money that it’s capped at—adding $600 per person. In our state, that’s nearly tripling what people would get,” says Kaitlyn Goalen, executive director of AC Restaurants in Raleigh, North Carolina, which includes the popular .

Any Return to Normalcy Will Be Slow

“Do I hire people back now? It’s almost better, because of the robust unemployment package, to let them stay on that,” Colicchio said, adding that he anticipates a long, slow process of filling seats once the crisis begins to fade, with ongoing health concerns from customers who have gotten used to eating in their living rooms. “We don’t want restaurants to have no money one month in, and we’re closing again.”

Ashley Christensen, chef-owner of AC Restaurants, is also worried about how quickly the money can get to businesses.

“Many people are at zero or very low revenue. It’s a day-by-day analysis of how you’re going to make it to the next day. A very real fear among restaurants: when will we have access to these funds?” she asks. “And if we don’t have the ability to re-open in time, what happens to those funds?” 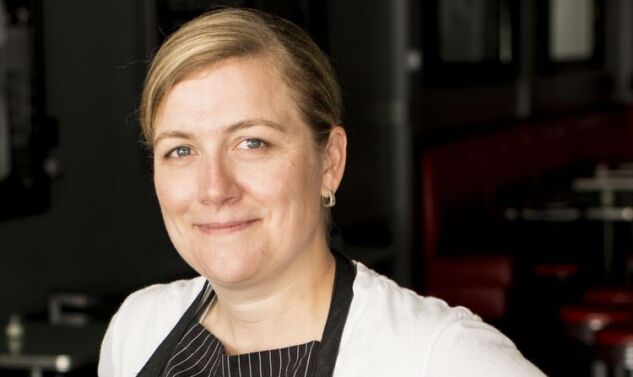 On his end, President Donald Trump did little to ease concerns of restaurant owners during a March 26 press conference, saying that restaurants will come back, but “it may not be the same restaurant or ownership.”

“I wish we could take the house apart instead of burning it, which is what’s happening in front of our eyes,” said celebrity chef Andrew Zimmern, host of What’s Eating America on MSNBC. “But when you disenfranchise the work force and dis-incentivize experienced restaurants, you don’t create more success, you create more uncertainty.” 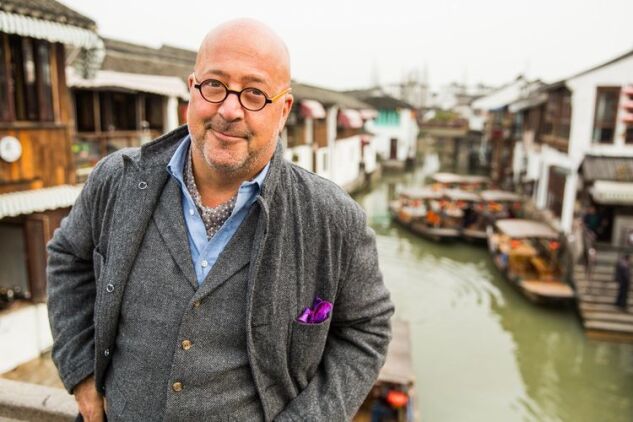 Andrew Zimmern poses for a portrait on a bridge in Zhujiajiao, China.
Photographer: David Hogsholt

Deborah Williamson, the owner of in Brooklyn, says that when the crisis began, she had to reinvent her business in just 48 hours. Williamson transformed her 40-seat boutique farm-to-table restaurant in the heart of Prospect Heights from a fully sit-down restaurant with a carryout option to a takeout and corner store grocer. Eighty percent of her employees were let go, turning a team of 28 staffers to a “skeleton crew” of five working seven days a week.

Williamson’s new takeout business plan went into effect on March 16, after non-essential businesses were prompted to shut down due to the coronavirus. That day, the restaurant brought in just $400 compared to what used to be $11,000 on average. Since then, revenue has averaged $1,500 a day.

“It’s down to me and a couple of people to bring together the elements of a small business,” Williamson said, adding that “it’s so madly overwhelming” and “the juggle is just insane.” James is one of the last restaurants standing in the neighborhood, and Williamson says she fears it would be extremely difficult to revive her restaurant if it were to shut down.

“Once you close for an extended amount of time, it’s like moving a mountain having to start it back up,” Williamson said. “You lose momentum, your staff goes elsewhere and you lose the drive.”

Even if she can keep her restaurant open, Williamson says that moving forward it’s going to be very hard to find staffers, because some employees prefer maintaining their unemployment benefits, while others have cited health concerns due to coronavirus and the necessity to stay home with families.

“We know this legislation is not adequate to ensure local restaurants survive this crisis, but it gives us a lifeline to keep our businesses afloat, pay our bills and help our employees for the next couple of months,” write the founders of the Independent Restaurant Coalition on the homepage of their new website. “It also gives us some time to gear up and go back to Congress to fight for more.”

To contact the editor responsible for this story:
at crovzar@bloomberg.net