The Federal Reserve has blasted past its traditional boundaries to keep the U.S. economy afloat against the coronavirus pandemic, even though some of the actions may have undesirable consequences in the longer term.

The central bank announced nine special lending facilities in rapid succession over the past month, producing what is tantamount to a giant bridge loan for a nation where revenues shrunk, employees stayed home and markets cracked under a stampede of sellers.

Never in Fed history has it done so much, so fast. But of the nine programs, so far four are fully operational -- as the central bank races to roll out some it’s used before and others that are brand new.

While the dizzying acronyms of the Fed’s special lending facilities are confusing, an easier way to look at them is to put them into three buckets:

Since the Fed reached for its emergency lending powers on March 17, many of the programs it introduced qualify as classic lender-of-last-resort efforts. They’re offered to businesses vital to short-term funding markets usually at a premium and in exchange for solid collateral.

Two in this tranche are the Fed’s Commercial Paper Funding Facility and the Money Market Mutual Fund Liquidity Facility, which both ensure healthy borrowers aren’t suddenly starved of cash.

Both facilities are operational, with the money market facility reporting $53 billion in loans as of April 8. Issuers tapped the CPFF for $974 million in the week ended April 15, Fed show. 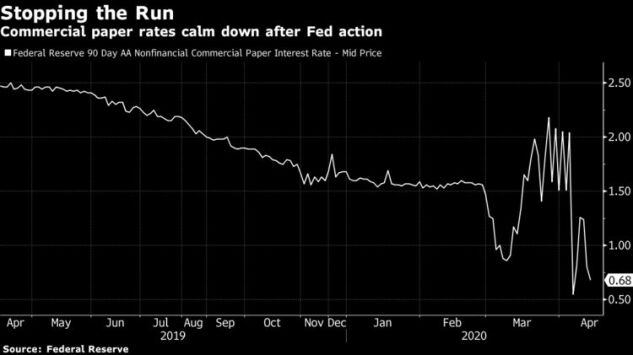 The central bank also launched a backstop for U.S. government bond dealers to preserve liquidity in this cornerstone of the global financial market known as the Primary Dealer Credit Facility. The facility had $33 billion in loans outstanding as of April 8.

In addition, the Fed created the Term Asset-Backed Securities Loan Facility -- like it did in the 2008-2009 financial crisis -- to help financial institutions securitize short-term credits, from auto loans to student loans. The facility is not operational yet.

The Fed has entered an unusually close relationship with Congress -- its boss and at times hostile critic -- to combat the pandemic’s economic damage. The $2 trillion virus rescue plan approved by lawmakers appropriated $454 billion for the central bank and Treasury Department to lever up into trillions of dollars of aid as they see fit.

The Fed currently has four facilities in this fiscal-cooperation bucket.

Two of them together make up the Main Street lending program, which will buy up to $600 billion in loans from banks. It’s aimed at supporting mid-sized businesses with up to 10,000 employees and less than $2.5 billion in revenues. Eligible banks may use the facilities to originate new loans or increase the size of existing credit to businesses. Lenders will retain a 5% share of the debt, selling the remaining 95% to the Fed.

The Fed’s working on details of the Main Street facilities and they aren’t running yet.

Another program facilitates the $349 billion Congress designated for Small Business Administration lending, which operate through banks around the country. By serving as a backstop buyer of these assets -- through the Paycheck Protection Program Liquidity Facility -- the Fed helps free up banks’ capacity to make more of these loans to small businesses. 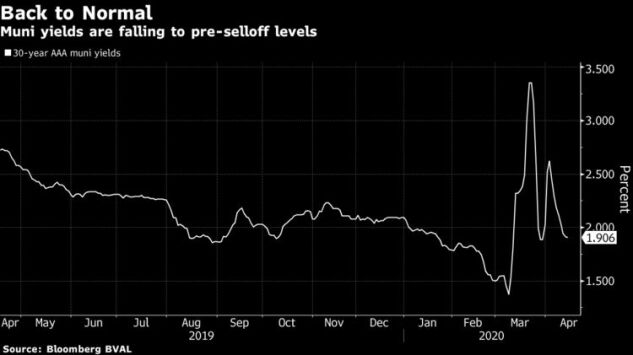 The Fed’s Municipal Liquidity Facility will buy up to $500 billion in short-term notes issued by large cities and counties and states. It’s designed as bridge liquidity to support them through a period when revenues have been flattened by the shutdown and tax payments are delayed.

In this case, the Fed isn’t providing market liquidity. It is offering to buy notes directly from state and local governments to get them over a revenue hump.

Status: The facility is under development and Fed officials are watching the muni market’s stability and have indicated they . Some members of Congress want the Fed to be able to buy longer-term municipal debt directly outside of an emergency facility.

The scale of these actions are new for the Fed in the post-war period and contain long-term political risk. What’s to stop Congress from asking the Fed to administer disaster relief loans after the next big storm?

“Why is the Fed in charge of all this?” said Aaron Klein, an economic fellow at the Brookings Institution. “The answer is because Congress told them to be. Ironically, the Fed, by being non-partisan” ends up running programs that Congress can’t organize because of partisanship, he said.

Another area Fed Chairman pushed into is corporate lending. For that, the Fed launched two facilities to support U.S. companies.

One, called the Primary Market Corporate Credit Facility, will buy debt or loans directly from corporations. The other -- named the Secondary Market Corporate Credit Facility -- will buy corporate debt in secondary markets, including exchange-traded funds that specialize in high-risk, high-yield debt. The Fed said the combined size of the two facilities could reach $750 billion.

The special purpose vehicles are still under development.

Fed officials regard this as not dissimilar to a program such as the Commercial Paper Funding Facility -- providing liquidity to a market that is critical for corporate finance.

But there is a big difference. The CPFF is mainly limited to top-rated paper, with three month maturity, and companies access it at a penalty rate. The Fed’s secondary bond market facility will buy term debt, some of it at less than investment grade, and will demand more protection from taxpayers as a result.

There isn’t much clarity on pricing for either vehicle but Fed officials want to steer away from discretionary choices if possible and have clear gates and metrics on when and what bonds they buy, and how they determine loan eligibility. It’s going to be challenging. 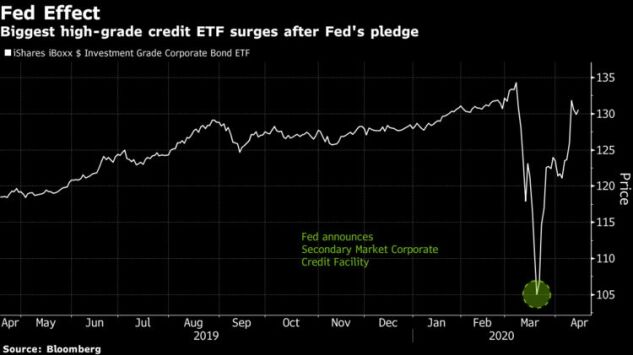 In the Primary Market Corporate Credit Facility, the Fed is willing to be the sole investor in a debt issue. , a policy adviser at the Richmond Fed, calls the corporate facilities “the biggest departure” from traditional lender-of-last resort measures.

“I think there is moral hazard risk with all these things,” he said, “depending on how these actions shape people’s expectations about future policy.”

To contact the reporter on this story:
in Washington at ctorres3@bloomberg.net