U.S. health officials urged a pause on the use of ’s Covid-19 vaccine due to dangerous blood-clotting to give them time to educate doctors on how to treat the exceedingly rare disorder and to “look in all the nooks and crannies” for other cases.

That’s the message from Peter Marks, a top official at the , after six women between the ages of 18 and 48 developed severe blood clots in the brain days after getting the one-shot vaccine and federal officials called for a temporary halt in its use. J&J decided to delay rollout of the immunization in Europe and pause all of its Covid-19 vaccine trials.

At least one woman died, and a second was in critical condition, out of almost 7 million Americans who received the shot as of Monday, officials said. The normal treatment for clots, the blood-thinner heparin, could make the disorder worse, or even kill a patient, health officials said Tuesday. 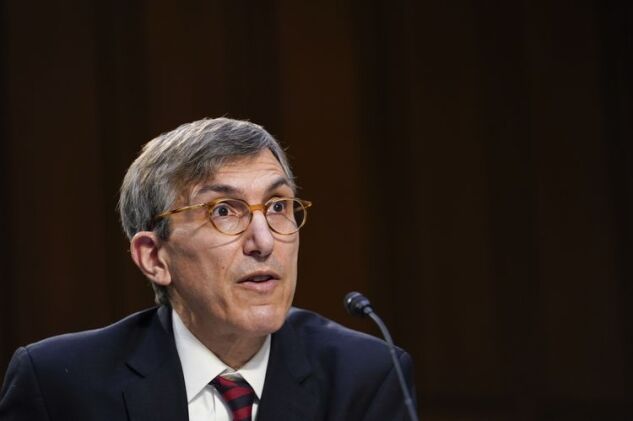 Peter Marks, director of the center for biologics evaluation and research at the U.S. Food and Drug Administration.
Photographer: Susan Walsh/AP/Bloomberg

“Everyone knew it could cause a hit to vaccine confidence,” said Marks, the head of the FDA’s Center for Biologics Evaluation and Research, speaking Tuesday at an webinar. Though the cases “could just be a statistical aberration,” the health authorities sought to exercise an abundance of caution, he said.

The safety signals, he said, were seen between 6 and 13 days after vaccination and were identified by the FDA through a government-run vaccine adverse event reporting system. The clots are called cerebral venous sinus thrombosis, a rare condition that develops in conjunction with low levels of blood platelets.

At a briefing earlier in the day, , principal deputy director at the , said those vaccinated a month ago are at low risk, but people who got it in the last couple of weeks should be on the lookout for headache, leg pain, abdominal pain and shortness of breath.

“We expect it to be a matter of days for this pause,” the FDA’s said at the briefing.

J&J’s decision to pause vaccinations in its Covid-focused clinical trials was also designed to allow it time to update guidance for investigators and participants, the company said in a statement Wednesday evening.

More than 6.8 million doses of the single-shot J&J vaccine have been administered in the U.S. through Monday. Jeff Zients, the White House Covid-19 response coordinator, said the delay won’t have a significant impact on the administration’s vaccination plans.

and , which have been administering the shot in drugstores, both said they would pause immediately.

A number of states on Tuesday also said they would follow the recommendation. New York plans to immunize people who were supposed to receive J&J’s shot with Pfizer’s vaccine at state-run mass vaccination sites. Virginia said it will reschedule appointments.

, the CEO of University Hospital and former commissioner of the New Jersey Department of Health, said he’s awaiting further information as to whether younger women or another sub-population are more susceptible to the extremely rare disorder, and whether or not it was caused by the vaccine or mere coincidence.

“We are in a limbo period where we just don’t know enough to present all the facts to the community,” Elnahal said in an interview.

“This is a vaccine that is very effective for what matters most, preventing hospitalization and death,” he added, noting that if the FDA extended a universal, indefinite pause, it would limit the tools at the health-system’s disposal to curb the pandemic.

The decision comes at a crucial juncture in the U.S. vaccination effort, which has gained speed in recent weeks at the same time a worsening outbreak driven by coronavirus variants grips the upper Midwest. It could boost vaccine hesitancy in the U.S. and heighten worry about vaccines globally after similar issues caused delays with ’s shot.

Schuchat emphasized at the briefing that the clotting events with low platelet counts are not being seen with - vaccine and the shot. 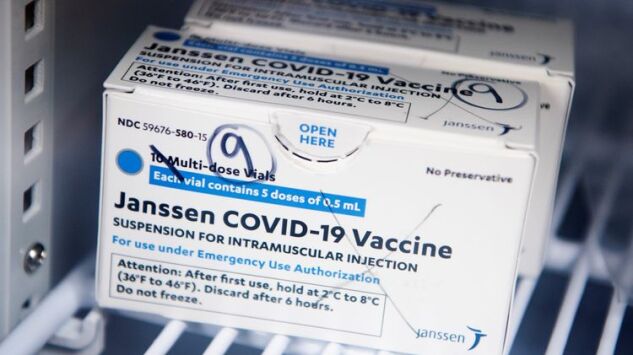 WATCH: U.S. health officials recommended a pause in the use of J&J’s shot on concerns about rare and severe blood clotting side effects.
Source: Bloomberg

No definitive cause for the disorder has yet been determined, according to Marks, who said it was very similar to blood clotting incidents seen with the vaccine. It may be tied to an immune response after vaccination that leads to an activation of platelets and clotting, he said.

The J&J shot has been popular due to its single dose while the Pfizer and Moderna vaccines require two doses spaced several weeks apart. Many of the J&J doses in the U.S. have been targeted to harder-to-reach populations through the federal government’s distribution program that works through pharmacies, federally qualified health centers and other locations.

“We are recommending a pause in the use of this vaccine out of an abundance of caution,” the CDC and the FDA said in a joint statement Tuesday. The CDC will convene a meeting Wednesday of its Advisory Committee on Immunization Practices to review the cases and assess their potential significance.

The FDA will review the CDC assessment as it also investigates these cases, according to the statement. 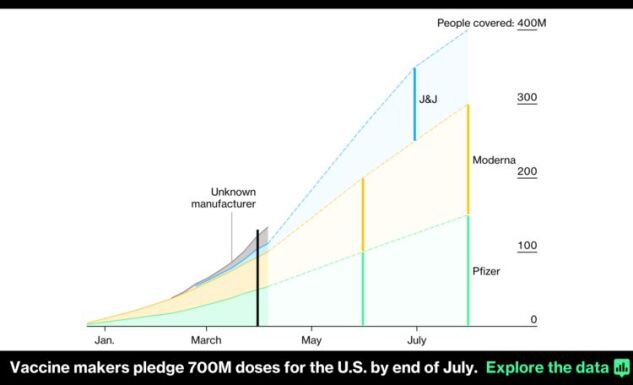 Still, “the potential complications with some of these blood clots is statistically much, much lower than the number of blood clots that we see on an annual basis in this country,” said Mario Ramirez, an emergency medicine physician who served as acting director of the Department of Health and Human Services’ Office of Global Affairs Office of Pandemic and Emerging Threats under the Obama Administration.

“We need to just take a deep breath and give investigators a chance to look at what the data says before we can draw any conclusions,” Ramirez said in an interview with Bloomberg Radio.

J&J has recently begun shipments to the European Union. The bloc’s drugs regulator, the , didn’t immediately respond to a request for comment. J&J said in a statement that it’s decided to delay the rollout of its vaccine in Europe.

The EMA that it is assessing blood clots in people who received the J&J vaccine, after four serious cases of unusual clots accompanied by low blood platelets, one of which was fatal, emerged.

On Friday afternoon, FDA spokesperson Abby Capobianco said in an emailed statement that the agency hadn’t found a causal relationship between the J&J vaccine and the six cases of thromboembolic events, and was continuing its assessment of the cases

“Our analysis of the data will inform the potential need for regulatory action,” she said. The agency had shared information with the EMA, which became “the basis” of the EU probe, she said.