A group of school children wear facemasks while talking at a sculpture garden in the Museum District in Houston, Texas on March 10, 2021. - Texas statewide mask mandate has ended as of March 10, 2021.
Photographer: Mark Felix AFP via Getty Images

Parents in a conservative corner of Texas are turning one of Governor ’s “pro-life” mantras on its head, arguing in a federal lawsuit that his school mask policy is threatening the lives of their children.

By following Abbott’s order to keep masks voluntary, the parents say, the Allen Independent School District is violating their kids’ constitutional “right to life” by exposing them to the deadly and highly contagious coronavirus.

the school district and board to make them require masks, and seeking to represent all 21,000 or so of its students -- roughly a third of whom are too young to be vaccinated. Allen is about 25 miles northeast of Dallas in a red part of the state.

The lawsuit comes amid a across the country over masking in schools as more children are hospitalized with Covid-19 than ever before. And it hits right as Texas find itself in the center of a flaring political battle over abortion rights after passing barring abortions after about six weeks, the most restrictive in the nation.

The parents, whose kids include some who are especially vulnerable because of underlying conditions, are invoking the Constitution’s 14th Amendment forbidding states from depriving “any person of life, liberty or property without due process of law.”

While the suit doesn’t name Abbott as a defendant, the filing opens with a recent Twitter post by the governor on his abortion law, declaring that “Texas will always defend the right to life.”

The 14th amendment’s due process clause was cited by the U.S. Supreme Court in 1973 when it established abortion rights in Roe v. Wade. Anti-abortion critics have been promoting a different interpretation of the clause to unravel those rights ever since.

Whether the parents’ novel challenge to Abbott’s mask policy proves to be a gimmick or a successful legal argument, it opens a fresh line of attack in the debate over school safety requirements as Covid-19 infections surge with the virus’s delta variant.

In the mask case, the parents’ lawsuit claims that the right to life -- and by extension, the right to health -- supersedes the clause’s companion right to personal liberty, which conservatives have wielded against mask mandates.

One of the parents, identified only by her initials due to concern of retaliation, said in a press conference that her daughter, a senior at Allen High School, has an inoperable brain tumor and respiratory issues. The girl’s younger brother, a healthy student at the elementary school, is terrified of bringing the virus home with him and infecting her.

“It’s at the point where trying to leave the house to go to school he throws up because he’s so stressed out,” the mother said. “There’s no protections in his elementary school, there is no social distancing, there is no contact tracing.”

Keeping him home from school -- as the parents did last year when classes were virtual -- has led to the boy being marked absent and considered truant because he isn’t ill. Now the parents worry about truancy charges.

Most of the court disputes so far have focused on whether governors have the legal authority to override mask mandates imposed by local officials. Republicans like Abbott and Florida Governor say they’re guarding parents’ right to make personal health decisions for their own kids. Democrats, President , say municipal and school officials should decide which measures will best protect children.

Christina Cabral, 43, who has a 4-year-old son with a genetic disorder preparing to enter preschool, said the Allen district last year did a “fantastic job” of responding to the pandemic with remote learning, social distancing, contact tracing and masks, but has abandoned all those measures.

“There’s an absolute unwillingness to engage in any conversation,” Cabral said in an interview. “Parents felt they were forced into this avenue.”

The school district said in a statement that it couldn’t address specific claims while the case proceeds but that it “strongly disagrees that the students’ constitutional rights have been violated by leaving masks as an option for students and staff.”

The district “continues to work proactively and professionally with parents who have questions or concerns about Covid-related issues,” it said. “The vast majority of these concerns have been resolved without the need for litigation.”

A representative for Abbott, who the path forward with masking in schools “relies on personal responsibility” rather than government mandates, didn’t return a request for comment. 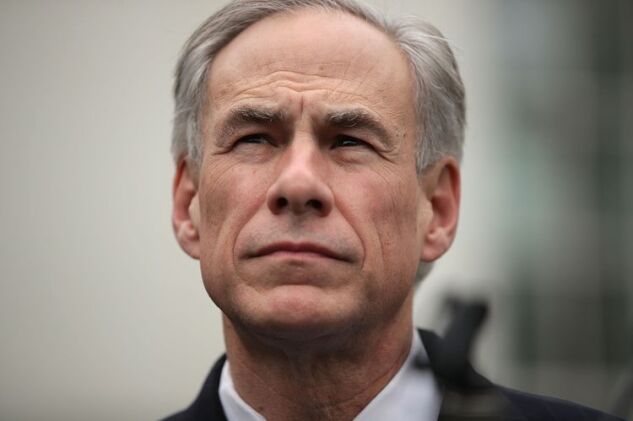 School board meetings across Texas have drawn record, and sometimes hostile, crowds in recent weeks as foes of mandatory masking face off against parents citing guidance from the U.S. Centers for Disease Control and Prevention. None of the Covid-19 vaccines are currently approved for use in children under 12.

In Texas the mask fight is a patchwork of skirmishes, mostly with Republican state officials suing Democratic municipal and school district leaders to keep masking voluntary. In Florida, a state appeals court last week that DeSantis’s ban on school mask mandates can be enforced while he appeals a lower-court ruling in favor of parents who say the ban puts their children’s health at risk. Parents in Florida and Texas have also sued in federal court, on behalf of kids with disabilities. Litigation is underway in Oklahoma as well.

The school district’s policy gives more weight to the “happiness of some students over the life, health and welfare of many others,” according to the pro-mask lawsuit, which says the district has reported about 600 student Covid cases already this school year, about last year’s total.

Because community sentiment against universal masks runs high in the Greater Dallas area, the parents suing Allen ISD have asked the judge to include anti-retaliation protections in any order requiring the district to impose face masks. They’re also seeking a court-appointed special master to ride herd on the school board if they win.

The unidentified parent, whose son doesn’t qualify for remote lessons because he isn’t ill, says he’s missing vital days of schoolwork as the family tries to shield their sick daughter from the virus.

“We are the bubble people,” she said. “We mask, we try to stay in as much as possible, but just because we’re sick doesn’t mean that we shouldn’t have an education either.”

To contact the reporters on this story:
in New York at lcalkins@bloomberg.net;
in Federal Court in Manhattan at cdolmetsch@bloomberg.net