The first U.S. states to endure the this spring hoped the worst would be behind them.

Instead, the virus is coming back.

Many places that suffered most in the first wave of infections, including California, Louisiana, Michigan and Washington state, are seeing case counts climb again after months of declines. It’s not just a matter of more testing. Hospitalizations and, in some places, deaths are rising, too.

The disease is raging -- Florida reported 15,300 cases Sunday, the biggest single-day increase of the U.S. pandemic -- and experts say the resurgence in the original battlegrounds has common causes. They include a population no longer willing to stay inside, Republicans more likely to refuse face masks as a political statement, and young people convinced the virus won’t seriously hurt them.

And even though some of the states, led by Democratic governors, delayed restarting their economies until weeks after more eager peers like Georgia, they still jumped too soon, critics say. 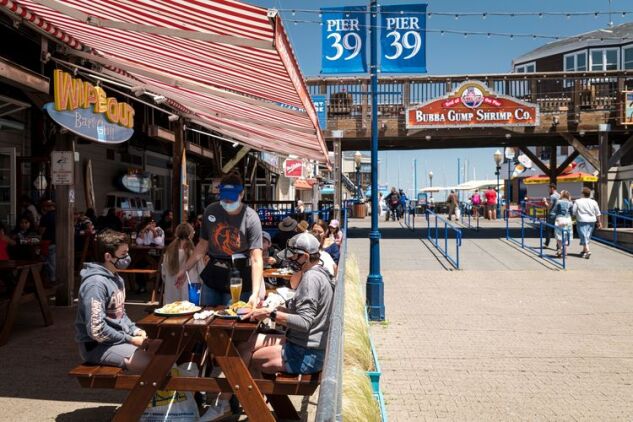 A server wearing a protective mask delivers plates at a restaurant at Fisherman’s Wharf in San Francisco on July 8.
Photographer: David Paul Morris/Bloomberg

“I don’t think there’s any question about that anymore. Even in California, we opened up too fast,” said John Swartzberg, a doctor who is a clinical professor emeritus at the University of California at Berkeley.

On Monday, California Governor pulled back on reopening efforts, banning indoor restaurant dining throughout the state and ordering a halt to indoor activities at gyms, hair salons and places of worship in the state’s 30 most affected counties.

So far, the virus rebound hasn’t reached the states hardest hit by the first wave: New York, New Jersey and Massachusetts. But New York Governor said Friday that it’s on its way.

“We’re going to go through an increase, and I can feel it coming,” he told WAMC radio. “The only question is how far up our rate goes. But you can’t have it all across the country and then have it not come back.”

While public attention last week focused on an explosion of disease in Sun Belt states that largely missed the first wave -- Arizona, Florida and Texas -- California’s hospitalizations and daily death toll hit new highs. The state, first to shut down its economy, reported a record 149 dead Wednesday and more than 320 since then.

“We’re seeing community spread and hospitalizations like we saw in late April -- and what we hoped would be the height of infection,” said Barbara Ferrer, public health director for Los Angeles County, which on Sunday reported 3,322 new cases and 18 new deaths.

Louisiana’s daily case count is nearing its previous peak, reached back in April, according to Johns Hopkins University. And Washington, first to detect an outbreak, is seeing record numbers of infections, although deaths remain well below their March peak of 34 in a day.

As traumatic as the initial wave may have been, the number of people infected didn’t come close to providing so-called herd immunity, experts say. The vast majority still has no natural protection. 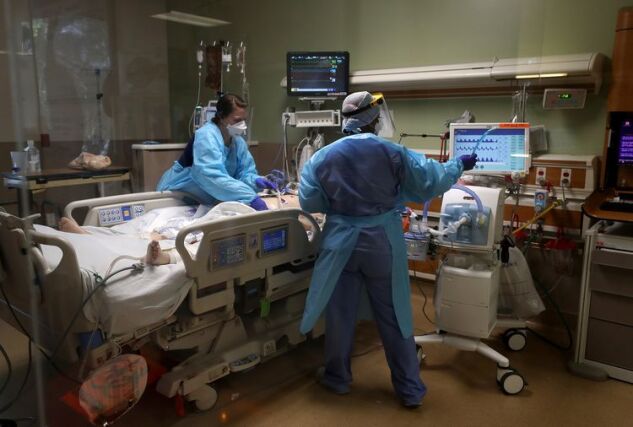 Nurses care for a Covid-19 patient in intensive care at Regional Medical Center in San Jose, California, on May 21.
Photographer: Justin Sullivan/Getty Images

“We’re basically at the same place we were at the start of March, in terms of how much of the population is vulnerable,” said Carl Bergstrom, a biology professor at the University of Washington in Seattle.

And people’s willingness to stay home most of the time -- and wear masks when they don’t -- has frayed. For many Republicans, rejecting masks has even become an act of defiance, with President refusing to wear one in public until Saturday, when he a military hospital.

“It’s absolute exhaustion,” said Los Angeles Mayor , who threatened to reimpose a stay-home order if the outbreak now gripping his city worsens. “Quarantines are the most frustrating things to human beings. Nobody likes being told what to do.”

The states, and their people, may have let their guard down.

One of the biggest new outbreaks was at Harper’s Restaurant & Brew Pub, an East Lansing bar near Michigan State University. More than 180 cases have been traced there, according to health officials. Smaller outbreaks have been documented at a bar in Romulus and in Royal Oak, a trendy city north of Detroit.

“Bars and restaurants opened, and that caused a big shift, as well as whatever percentage of people who don’t want to social distance or wear a mask because they think it’s all a hoax,’ said Linda Vail, health officer for Ingham County, which encompasses most of East Lansing. 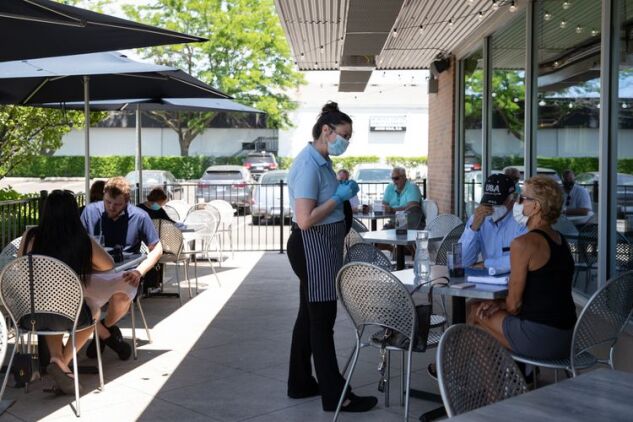 A server in the outside seating area of a restaurant in West Bloomfield Township, Michigan, on June 8.
Photographer: Emily Elconin/Bloomberg

Even though hospitals in Southeast Michigan are better equipped than in March, doctors and nurses are on edge, said Teena Chopra, a doctor who is a professor of infectious disease at Wayne State University in Detroit.

“Given what we’ve seen before, and the shock and trauma we’ve been through, even one or two cases if they go up, it makes us nervous,” Chopra said.

California officials are trying to assure residents that they’re better prepared this time around. Newsom said Monday that Covid victims occupied just 8.7% of available hospital beds. As of last week, the state also had 46 million N95 masks, compared with 1 million in March.

But Los Angeles County could use up its beds in weeks, officials there warn. And rural Imperial County along the Mexican border has been so badly hit that some patients have been flown to San Francisco, more than 400 miles away.

Newsom alternately scolds residents for not taking the virus seriously and reminds them of the shared resolve they showed this spring, when a San Francisco Bay Area outbreak threatened to rage out of control.

“We were able to suppress the spread of this virus,” he said Monday. “We’re going to do that again. There’s no doubt in my mind.” 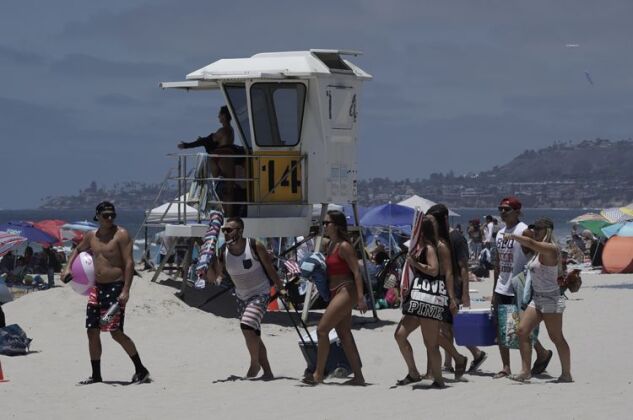 Officials in the Seattle area also have tried to reassure residents, and they pin some of the increase on the young. More than 130 recent cases have been linked to fraternity houses at the University of Washington. This week, the city’s Space Needle was topped with a massive flag: “Mask Up.”

In Louisiana, Governor made masks mandatory on Saturday and limited the size of gatherings. Confirmed Covid-19 cases hit a one-day high of just over 2,700 in April, but more than 2,600 cases were reported Friday.

“People in New Orleans have a real visceral memory of the spike in March and April and have a real understanding of what this virus can do,” he said. “Memory drives behavior here. People are more conscientious, because they know how bad this virus can get.”

Now, smaller towns and parishes in western Louisiana are also seeing an increase. Calcasieu, a parish of about 200,000 near the Texas border, has more than 3,000 cases and has seen a spike in recent days.

“People didn’t really have the opportunity to see the virus in the community,” said Lacey Cavanaugh, a doctor who is director of public health for the area. “People didn’t know their friends and family who had gotten sick and been hospitalized. I think to a lot of people, it felt like something that was happening in big cities, not small communities.”

The Baton Rouge area has also seen an increase, particularly among people aged 18-29, and 95% of the cases are community spread, said Dawn Marcelle, a physician who’s the regional medical director.

Instead, he blames a lack of national leadership, or worse, leadership that has been detrimental to fighting the virus. “I feel very frustrated about how poorly we’ve done,” Swartzberg said.