With a series of high-level summits culminating in a visit to Germany in the fall by President , this was supposed to be the year of Europe-China diplomacy. Instead, Europeans are warning of a damaging rift.

Diplomats talk of mounting anger over China’s behavior during the coronavirus pandemic including claims of price gouging by Chinese suppliers of medical equipment and a blindness to how its actions are perceived. The upshot is that Beijing’s handling of the crisis has eroded trust just when it had a chance to demonstrate global leadership. 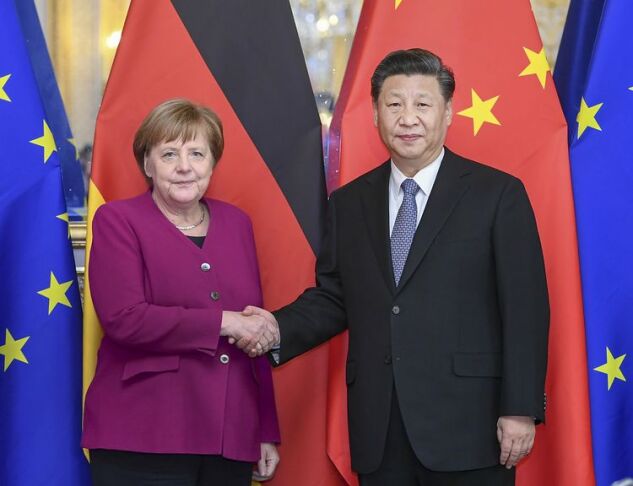 “Over these months China has lost Europe,” said , a German Green party lawmaker who chairs the European Parliament’s delegation for relations with China. He cited concerns from China’s “truth management” in the early stages of the virus to an “extremely aggressive” stance by the Ministry of Foreign Affairs in Beijing and “hard line propaganda” that champions the superiority of Communist Party rule over democracy.

Rather than any single act responsible for the breakdown, he said, “it’s the pervasiveness of an attitude that does not purvey the will to create partnerships, but the will to tell people what to do.”

While the Trump administration has resumed its swipes at China, European officials are traditionally less willing to be openly critical, in part for fear of retribution. The fact that politicians in Berlin, Paris, London and Brussels are expressing concern over Beijing’s narrative on Covid-19 hints at a deeper resentment with wide-ranging consequences. Already some European Union members are pursuing policies to reduce their dependence on China and keep potential predatory investments in check, defensive measures that risk hurting worth almost $750 billion last year.

It’s a turnaround from just a few weeks ago, when China emerged from the worst of its own outbreak to offer web seminars on best practice gained from tackling the virus where it first emerged. It also airlifted medical supplies including protective equipment, testing kits and ventilators to the worst-hit countries in Europe and elsewhere, in a that contrasted with America’s international absence.

The pandemic offered a chance for mutual solidarity. But it didn’t last. 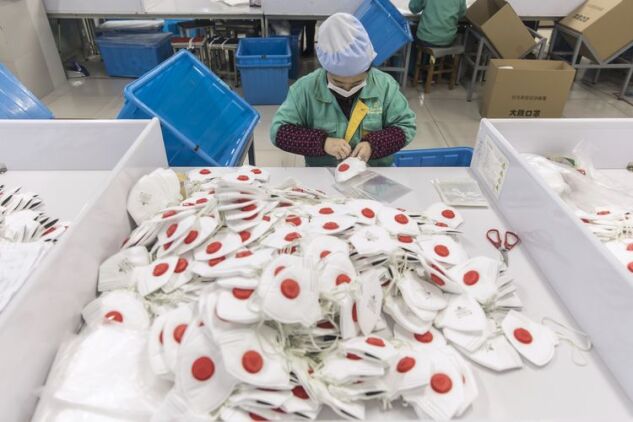 An employee works on the assembly line making protective masks at a factory in Shanghai.
Photographer: Qilai Shen/Bloomberg

“Now the atmosphere in Europe is rather toxic when it comes to China,” said , president of the EU Chamber of Commerce in China.

Concerns were aired during a March 25 call of Group of Seven foreign ministers about how China would proceed during the crisis and once it subsided. Ministers were told that Europe and the G-7 must be on guard as Beijing was likely to move “more self confidently, more powerfully” and in a way that exploits its leverage when other nations were still in lockdown, according to a European official familiar with the call.

In public, Chinese officials have struck a conciliatory tone. “When people’s lives are at stake, nothing matters more than saving lives. It is useless to argue over the merits of different social systems or models,” Foreign Ministry Spokesman Zhao Lijian said at a regular press conference on April 17. China, he said, is ready to work with the international community, including European countries, to “jointly safeguard the health and safety of all mankind.”

Yet China’s means of going about it has backfired in much of Europe. An anonymously authored text posted on the website of the Chinese embassy in France this month falsely accused French retirement home staff of leaving old people to die. It was “an incredible accusation on one of the most sensitive and tragic aspects” of the crisis in France, Mathieu Duchatel of the Institut Montaigne wrote on Twitter.

The embassy website comments rang alarm bells for the needless offense caused. China underestimated the reaction to its conspiracy theories amplified by propaganda outlets, according to two European officials in Beijing. What’s more, China’s insistence that aid be accompanied by public thanks and praise has undercut the goodwill it might otherwise have gained, they said.

European governments have become more wary of China over the past two years as Xi’s Belt and Road Initiative on trade and infrastructure expanded across the continent, snapping up strategic assets including ports, power utilities and robotics firms from the Mediterranean to the Baltic Sea. While some nations including Italy and Portugal have been enthusiastic backers of Belt and Road, another program known as Made in China 2025, whereby Beijing seeks to become the world leader in key technologies, is seen in many quarters as a further threat to European industry.

With stock prices tumbling on the coronavirus crisis, countries including Germany that have investment screening regulations and extended their scope in response to concerns that China, among others, could take controlling stakes in companies suddenly made vulnerable. EU Competition Commissioner suggested in a Financial Times interview that governments go further and buy stakes in companies themselves to stave off the threat of Chinese takeovers. 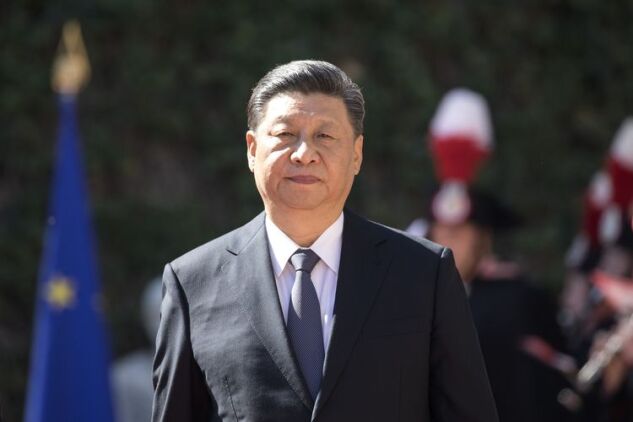 Xi Jinping arrives for the signing of the memorandum of understanding on China’s Belt and Road Initiative with Giuseppe Conte in Rome, on March 23, 2019.
Photographer: Alessia Pierdomenico/Bloomberg

More far-reaching still are proposals to curb dependence on China, not just for but in areas such as battery technology for electric vehicles. EU Trade Commissioner Phil Hogan said last week there’s a need for a discussion “on what it means to be strategically autonomous,” including building “resilient supply chains, based on diversification, acknowledging the simple fact that we will not be able to manufacture everything locally.” Japan already earmarked $2.2 billion from its $1 trillion stimulus package to help its manufacturers .

Without mentioning China, EU trade ministers agreed in an April 16 call on the importance of diversifying to “reduce the reliance on individual countries of supply.” As a first step, Berlin plans state funds and purchase guarantees to start industrial production of millions of surgical and face masks by late summer. China currently exports 25% of the world’s face masks.

Wuttke of the EU trade chambers said the discussion on supply chains began when Beijing shut its ports earlier this year, prompting fears that pharmaceutical ingredients produced in China would not reach Europe, and causing policymakers to realize that strategic products had to be secured. According to another European official, even official suppliers were breaking contracts for items such as ventilators and scamming people, burning bridges along the way. “People want to have their eggs in more baskets,” said Wuttke.

Certainly, the tenor of the political debate in Europe has shifted since. German Foreign Minister told Bild newspaper that China’s revising up of the death toll last week was “alarming,” while French President said in an FT interview there were “clearly things that have happened that we don’t know about.” U.K. Foreign Secretary said it can’t be “business as usual” with China once the pandemic is over.

Spain’s Health Ministry has canceled an order of antigen test kits from Chinese company Bioeasy after sending back a previous batch, the country’s El Pais . Health authorities found that both sets of kits were faulty, it said.

As a result of the Covid-19 crisis, on the U.K. to reverse its decision to allow a limited role in its fifth-generation mobile networks, while France may be less inclined to give Huawei a chunk of its 5G contracts after the embassy spat. Germany must make a decision by around midyear on Chinese involvement in its 5G networks.

In the battle of narratives, Germany is key, according to Janka Oertel, director of the Asia program at the European Council on Foreign Relations in Berlin. As well as Europe’s dominant economy, its trade ties to China dwarf those of its neighbors: German exports to China in 2019 were higher than the U.K., France, Italy, Spain and the Netherlands combined. It will assume the EU’s rotating presidency on July 1, giving it the chance to turn the debate in Europe.

China could still win back favor and help secure a greater global role by acceding to demands to open up its markets and introduce a more level playing field for international business, said Oertel. “That would be something that the Europeans would very much appreciate,” she said. All the same, she added: “I don’t think it’s very likely.”

To contact the reporters on this story:
in Berlin at acrawford6@bloomberg.net;
in Beijing at pmartin138@bloomberg.net

To contact the editor responsible for this story:
at rmathieson3@bloomberg.net