The Justice Department will consider taking legal action against governors who continue to impose stringent rules for dealing with the coronavirus that infringe on constitutional rights even after the crisis subsides in their states, Attorney General said.

Blunt means to deal with the pandemic, such as stay-at-home orders and directives shutting down businesses, are justified up to a point, Barr said in an interview Tuesday on “The Hugh Hewitt Show.” Eventually, though, states should move to more targeted measures, Barr said. He cited the approach laid out by President . 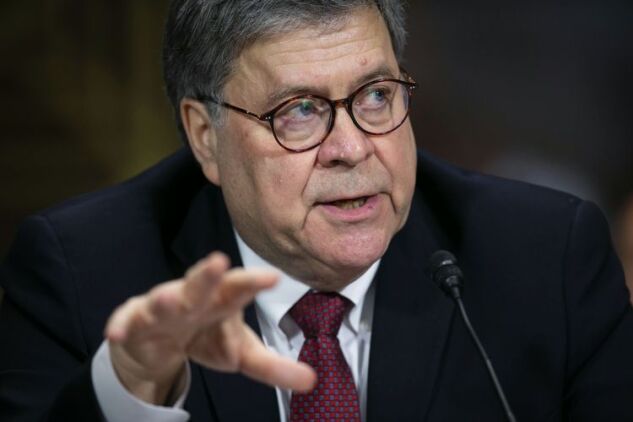 “We have to give businesses more freedom to operate in a way that’s reasonably safe,” Barr said. “To the extent that governors don’t and impinge on either civil rights or on the national commerce -- our common market that we have here -- then we’ll have to address that.”

Barr’s comments come as the Trump administration and states are struggling -- and at times fighting with each other -- over the best strategy to deal with the crisis. Trump has stoked tensions with some Democratic governors who are dealing with protests against stringent social-distancing rules, even as his administration backs guidelines that call for states to open up gradually.

One way the Justice Department might act against state or local officials is by joining lawsuits brought by citizens or businesses over restrictions, Barr said. He acknowledged that state governments are at “a sensitive stage,” as they try to balance health and safety against pressure to reopen. But he said that “as lawsuits develop, as specific cases emerge in the states, we’ll take a look at them.”

“We’re looking carefully at a number of these rules that are being put into place,” Barr said. “And if we think one goes too far, we initially try to jawbone the governors into rolling them back or adjusting them. And if they’re not and people bring lawsuits, we file statement of interest and side with the plaintiffs.”

In a sign of the president’s contradictory messages on the issue, Trump tweeted last Friday that his supporters should “liberate” Minnesota, Michigan and Virginia -- three states with Democratic governors and strict stay-at-home orders. The move came just a day after Trump outlined the return-to-work guidelines that are contingent on states meeting specific benchmarks on testing and a decline in Covid-19 cases.

“The White House released a sensible plan,” Inslee said in a statement, and “less than 24 hours later the president is off the rails.”

Trump will meet with one Democratic governor, New York’s , at the White House on Tuesday. Cuomo said he’ll use his 4 p.m. session in the Oval Office to lobby for more supplies needed to process coronavirus tests. Trump last week said states have the primary responsibility to expand virus testing.

The latest developments signal that as Trump’s public support over his handling of the virus crisis weakens, he and his top aides are increasingly looking at ways to move on.

Conservative groups and activists have been ramping up pressure for the Trump administration -- and Barr in particular -- to act against governors taking a hard line.

Alleging “rampant abuses of constitutional rights and civil liberties,” a group led by former Attorney General wrote Barr this week urging him “to undertake immediate review of all the orders that have been issued by the states and local governments across the nation.”

In Tuesday’s radio interview, Barr said “these are very, very burdensome impingements on liberty. And we adopted them, we have to remember, for the limited purpose of slowing down the spread, that is bending the curve. We didn’t adopt them as the comprehensive way of dealing with this disease.”