U.S. airlines, including American Airlines, reached preliminary agreements with the Treasury Department April 14. 2020, to access billions of dollars in aid as the government attempts to shore up one of the industries hardest hit by the coronavirus pandemic.
Photographer: Patrick T. Fallon/Bloomberg via Getty Images

The agreements cover all major airlines, the Treasury Department said in a statement Tuesday, and position the government to start doling out $25 billion in assistance allocated for passenger carriers in the $2.2 trillion stimulus package signed into law March 27. said it would get $5.8 billion in support, while said it would receive $5.4 billion.

“This is an essential step, but just one of many that will get us through the next several months,” Delta Chief Executive Officer said in a message to employees. “The funding, along with self-help measures we have taken, will prevent furloughs and pay rate reductions through the end of September, despite the 95% drop we’ve seen in passenger traffic.”

The aid gives U.S. carriers room to limp along as the Covid-19 pandemic and government travel restrictions erase most demand for commercial flying and plunge the world’s airlines into their worst-ever crisis. In the U.S., the industry is projected to burn through $10 billion to $12 billion a month, according to trade group Airlines for America, and carriers have cut capacity as much as 80% while parking thousands of planes. 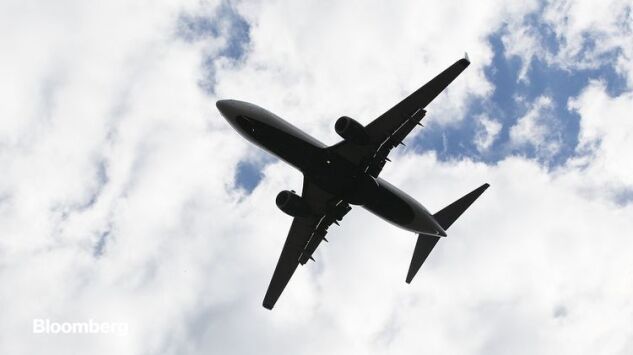 “What was once thought to be free, formulaic, and easy turned out to be drawn out, somewhat expensive, and intense,” Baker wrote in a note to clients. “Considering what turned out to be an arduous grant process, this level of sophistication and hard-line approach suggests (at least to us) that a difficult path for loan applicants may lay ahead.”

, , , , Frontier Airlines, Hawaiian Airlines and were among the carriers getting assistance, according to the Treasury.

The program “will support American workers and help preserve the strategic importance of the airline industry while allowing for appropriate compensation to the taxpayers,” Treasury Secretary said in the statement.

The agency expects to start distributing the funds as soon as this week, according to a person familiar with the matter.

The government is requiring large carriers to repay some of the assistance at low interest. The Treasury also has the ability to take stock warrants, giving it an upside in any share rebound. Through Tuesday, a Standard & Poor’s index of nine airlines was down 55% from its 2020 high in mid-January.

Both provisions initially met with some pushback from airlines, their unions and some members of Congress, and still drew criticism after Mnuchin’s announcement.

Under American Airlines’ agreement, which has yet to be finalized, the Treasury would be issued warrants that could be converted to 13.7 million shares of stock at $12.51 each. The warrants, equivalent to about 3% of the current shares outstanding, expire after five years. American would issue warrants for another 38 million shares under its plan to seek a separate $4.75 billion loan from the government, the airline said in a regulatory Wednesday.

“Unfortunately, Treasury is undermining the intent of the CARES Act by treating a portion of the grants designed to protect jobs not as grants, but as loans, which will make it harder to stop layoffs and slow the recovery,” said , president of the Air Line Pilots Association, a labor union.

But Representative , an Oregon Democrat who has criticized previous bailout programs, said the aid to cover airline payrolls should be the model for all future assistance programs.

The process of hammering out deals was “neither easy nor perfect,” but it was needed to protect about 750,000 airline industry jobs, said DeFazio, who is chairman of the House Transportation Committee.

Not all industry players have agreements in place. Two large regional airlines that work under contract to major carriers haven’t yet been able to make deals, the Regional Airline Association said. Talks with the Treasury are continuing, said the trade group.

“We remain hopeful that Treasury will work rapidly and flexibly to find a solution for those carriers facing unique hurdles,” RAA President said in a statement. “The alternative would be catastrophic and, we hope, unacceptable to both Congress and Treasury.”

The two carriers are Republic Airlines and ExpressJet Airlines, according to a person familiar with the talks. Neither is publicly traded, so can’t provide the stock warrants called for in deals with other majors. ExpressJet is partially owned by United.

ExpressJet and Republic employ about 10,000 people between them, according to the trade group.

Airlines aren’t depending on federal funds alone, having tapped credit markets for billions of dollars in new loans, as well as existing revolvers. Tens of thousands of employees have volunteered for time off, from unpaid short-term voluntary leave to early retirement.

While the funds will allow 750,000 airline employees to stay on payrolls through September, it is only the first step in “a long path to recovery,” according to Airlines for America. The International Air Transport Association, the biggest grouping of global airlines, Tuesday that the industry may surrender $314 billion in ticket sales this year due to the coronavirus.

Not all airlines have disclosed details of their aid packages yet, but a picture has emerged at several major carriers:

American’s package includes a payroll grant of $4.1 billion and a loan of $1.7 billion. The company said it would further reduce its flight schedule for June and beyond. About 32,000 employees have chosen to retire early, accept reduced work or take leave, and the Fort Worth, Texas-based airline will re-open opportunities for more to do the same as it seeks to use the government aid to survive the collapse of air travel.

“With this level of assistance, we now believe we have the financial resources necessary to help us withstand this crisis and be in position to serve the traveling public when they are ready to start flying again,” American CEO and President said in a message to employees.