Sunrise over over the Hudson River and the Manhattan skyline. Goldman Sachs Group Inc., the second-biggest underwriter of special purpose acquisition companies last year, has been telling sponsors of the vehicles it will be ending its involvement, according to people with knowledge of the matter.
Photographer: Michael Nagle/Bloomberg

is pulling out of working with most SPACs it took public, spooked by new liability guidelines from regulators and throwing into doubt the fate of billions raised for those blank-check vehicles.

The Wall Street giant, the second-biggest of special purpose acquisition companies last year, has been telling sponsors of the vehicles it will be ending its involvement, according to people with knowledge of the matter. The bank is also electing to pause new U.S. SPAC issuance for now, one of the people said. 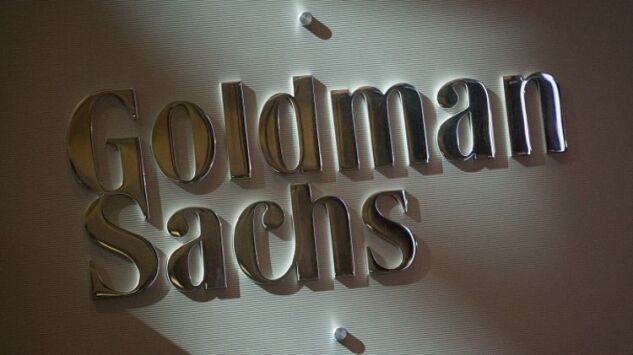 WATCH: Goldman Sachs is pulling out of most SPACs.
Markets: European Close.”

A SPAC works with its adviser even after going public to complete its merger with a target firm, known as the de-SPAC transaction. If it fails to complete that deal, it’s forced to return capital to investors. In cases where the public company is very close to completing the de-SPAC process, Goldman will fulfill its role, two of the people said.

Goldman may also elect to continue the advisory work with a small number of SPAC clients in rare cases. Other sponsors will need to seek new advisers to take over the role vacated by the bank.

SPACs were the on Wall Street over the past couple of years, drawing financiers, politicians and celebrities, who were able to make easy millions from investors piling into the investment vehicles. SPACs, or blank-check firms, list on public stock exchanges to raise money so they can buy other companies. New guidelines from the Securities and Exchange Commission have helped put an .

The SEC has embraced a sweeping plan for tightening oversight of SPACs including exposing underwriters to greater liability risk. U.S. lawmakers and investor advocates have argued the listings were bypassing rules imposed on traditional initial public offerings and exposing retail shareholders to extra risks. The SEC’s proposal would require SPACs to disclose more information about potential conflicts of interest and make it easier for investors to sue over false projections.

“We are reducing our involvement in the SPAC business in response to the changed regulatory environment,” said , a spokeswoman for New York-based Goldman Sachs. The policy could change if the SEC guidelines are scaled back.

The SEC has deemed the underwriters of a blank-check offering to also be underwriters of the SPAC’s subsequent purchase of a target firm. Prominent law firms have cautioned that the expansion of underwriter liability to include de-SPACs carries greater risk for investment banks.

“Investment banks involved with de-SPAC transactions do not typically conduct the same level of due diligence as they would for a traditional IPO,” lawyers from wrote in a memo to clients.

Even before the SEC crackdown, souring markets, agitated regulators and the plunging stock of prominent companies that went public by merging with blank-check firms had cast a .

If Goldman’s decision is followed by peers, that could hurt investment vehicles that have already gone public and are on the hunt for a takeover target. It’s unusual for a bank to withdraw from an active blank-check firm because it typically works on the de-SPAC as well. The move risks leaving the sponsor of the SPAC -- its client -- in the lurch and unhappy.

In many cases, those same sponsors were courted by large banks to put their names behind their SPACs, with the structure allowing them to turn an initial investment of a few million dollars into many multiples of that. And their Wall Street underwriters could make more than 5% in fees for taking a SPAC public, helping the sponsor find a takeover target and complete the de-SPAC.

Goldman is bracing for pressure to be exerted by angry clients, who had put up their own capital to get their SPACs off the ground and are still eager to find takeover targets and complete their mergers, one of the people said.

has already paused initial public offerings of new U.S. SPACs until it gets more clarity on potential legal risks, Bloomberg News reported last month. Citigroup was the largest underwriter of U.S. black-check firms last year, when $93 billion was raised in SPAC offerings, according to data compiled by Bloomberg.

To contact the reporters on this story:
in New York at snatarajan15@bloomberg.net;
in London at rdavid9@bloomberg.net