New York lawmakers are ready to schedule initial action on legalizing and taxing recreational marijuana instead of waiting to include it in the budget, a process that Gov. Andrew Cuomo controls.

Final details are being worked out for a vote before the state’s budget is due on April 1, state Senate Finance Committee Chair Liz Krueger (D) said Thursday. The governor is part of ongoing talks, she said.

“We are working hard on a three-way agreed upon bill that could pass the Legislature before we get to the budget,” Krueger said in a phone interview with Bloomberg Government. “I feel like we are 95% there. We have taken some big steps towards getting this done.”

“The administration is working with all parties to pass a comprehensive regulatory structure for adult-use cannabis that prioritizes social equity, social justice, economic development, and the public health and safety of all New Yorkers,” State budget spokesman Freeman Klopott confirmed in an email.

Divorcing cannabis questions from talks over the state’s approximately $193.3 billion spending plan for fiscal 2022 improves the measure’s likelihood of becoming law. Democrats, who hold a supermajority in both houses, have the numbers to override any veto if they stick together.

Pressing this issue now is one more sign that the Legislature has been emboldened as Cuomo faces multiple scandals including allegations of sexual harassment or inappropriate behavior from six women. There’s also a federal probe of his administration’s response to Covid-19 deaths in nursing homes. 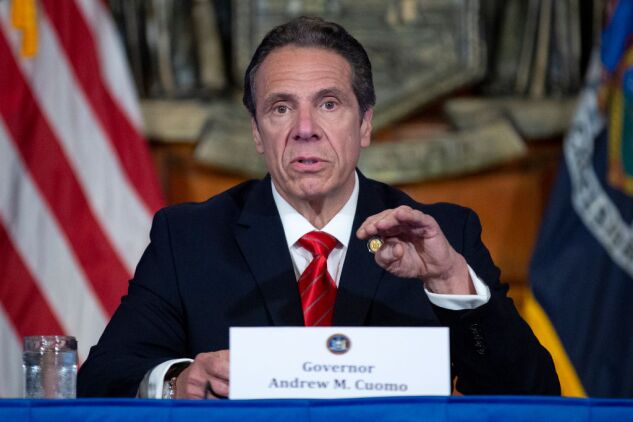 Lawmakers are leaning toward casting the measure to earmark a large amount of tax revenues — no matter how large or small that may be — for social and community investment, Krueger said. Cuomo has said he wants to direct $100 million to a social equity fund to help those harmed by arrests for marijuana possession.

When fully implemented, the governor’s office estimates that a legal cannabis program could pull in about $350 million a year.

Krueger said legislation that she and Assembly Majority Leader Crystal Peoples-Stokes (D) introduced (S.1527C/A.1617C) was the starting point for the talks. It would direct 25% of cannabis revenue to the state lottery fund to be distributed by the state education department; 25% to a Drug Treatment and Public Education Fund; and 50% to a Community Grants Reinvestment Fund.

“We hope to pass the legislation soon,” she said. “We want to ensure that our communities are on the pathway of being made whole.”


The lawmakers’ bill would allow those participating in the state’s medical marijuana program to cultivate their own cannabis. Cuomo’s proposal was silent on legalizing do-it-yourself growing.

As negotiations wind down, lawmakers disagree on strategy.

One of the cosponsors, Assemblyman Phil Steck (D), said he still favors marrying the revenue-raising pot proposal with the budget.

“Every time we try to do this, it gets held up,” he said. “It is not strictly a question of policy, because there’s proposals to tax it and things of that nature. I think we should just get this thing done already.”

Another cosponsor, Assemblywoman Yuh-Line Niou (D), is among those pressing for a stand-alone bill. “We have been definitely trying to change the budgeting process by making sure budget is budget, and policy is policy,” she said.

(Updates with additional reporting beginning in the 4th paragraph.)