A medical marijuana initiative Mississippi voters approved last November was overturned Friday by the state Supreme Court—a decision that jeopardizes other efforts by citizens to amend the state constitution.

The state’s ballot initiative process is out of date, rendering the medical marijuana initiative void, the court said in a 6-3 ruling.

“Whether with intent, by oversight, or for some other reason,” changes to Mississippi’s constitution in 1992 to allow citizen-initiated ballot questions “cannot work in a world where Mississippi has fewer than five representatives in Congress,” Associate Justice Josiah Coleman wrote in the majority opinion.

“To work in today’s reality, it will need amending—something that lies beyond the power of the Supreme Court,” Coleman wrote.

The Mississippi State Department of Health will stop all program development because of the court’s ruling, spokeswoman Liz Sharlot said in an email.

“However, the Agency has certainly learned a lot in the process of putting together a successful medical marijuana program, and we stand ready to help the legislature if it creates a statutory program,” she said. 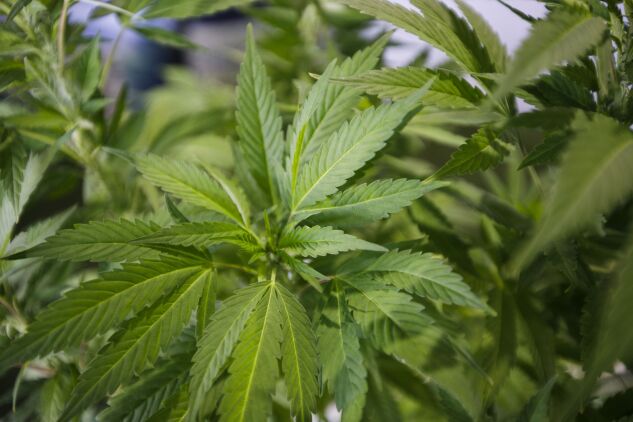 This year, lawmakers discussed but ultimately failed to agree upon rules for a state medical marijuana program. Unless legislators are called into a special session this year, the issue won’t be resolved until they reconvene in 2022.

They’ll also have to address the ballot initiative process undone by the court’s ruling.

Most medical marijuana advocates applauded when state legislators didn’t come up with a contingency plan for the program earlier this year, Ken Newburger, executive director of the Mississippi Medical Marijuana Association said in a telephone interview.

“They did not want a contingency plan because we felt so strongly that the vote of the people is the most important tool in Mississippi, and very upsettingly, the Supreme Court did not agree,” he said.

Mary Hawkins Butler, the mayor of Madison, Miss., challenged the 2020 initiative just before Election Day on grounds that the process for collecting signatures was unconstitutional.

Watson’s office was reviewing the ruling, spokeswoman Kendra James said in an email.

A federal court set Mississippi’s current congressional districts, and that doesn’t prevent the state from relying on the previously drawn five districts for other purposes, Associate Justice James Maxwell II wrote in a dissent.

“The majority’s interpretation is like a well-manicured lawn whose caretaker focuses on one isolated blade of grass—here, the term ‘congressional district'—while ignoring the weed that is context. Interpretation should involve a joint effort between reading the actual words and the context in which they are found,” Associate Justice Robert Chamberlin wrote in a separate dissent.

“The majority’s reading thrusts a constitutional provision into chronic limbo, creating a transient or temporary constitutional right. To be blunt, it effectively slams the lid on the initiative process,” Chamberlin wrote. “This surely cannot be the intent of the Legislature and the people. As a court, we should nip this interpretation in the bud.”

‘Do Right’ for Voters

Two successful, Republican-backed citizens initiatives on the 2011 ballot followed the same process without facing legal challenges. One now requires Mississippi voters to show identification when they cast a ballot. The other stops state and local governments from taking private property through eminent domain for use by another private business or individual.

Newburger said he expects legislators to act according to the voters’ will, despite previous opposition to medical cannabis or updating the initiative process.

“They know how popular this is, they know how much this means to Mississippians, and I think that they will make a law that will do right for the voters,” he said.

Cannabis is still illegal under federal law. While 18 states have passed laws or initiatives to permit adult use, sales haven’t yet begun in some locations. A medicinal pot law has been challenged in South Dakota Supreme Court. Thirty-six states permit medicinal use. On Thursday, the Minnesota Senate majority leader said a recreational marijuana legalization bill passed by the Minnesota House would go no further in the upper chamber.

(Updates throughout with quotes from dissenting opinions, comment from health department, mayor's name.)