Burford Capital reported most of its 2019 results this week and warned that profits would fall in the latest urgent news for the publicly traded litigation finance firm’s investors. But what should lawyers concerned with the future of the industry focus on?

Two Metrics: Burford’s financial results show how much the company spends on new investments in litigation and how much money it makes on them, which help explain the current and future state of litigation finance.

Results: Those numbers show a more mature business that has evolved to invest in different types of cases, most notably purchasing awards and settlements. 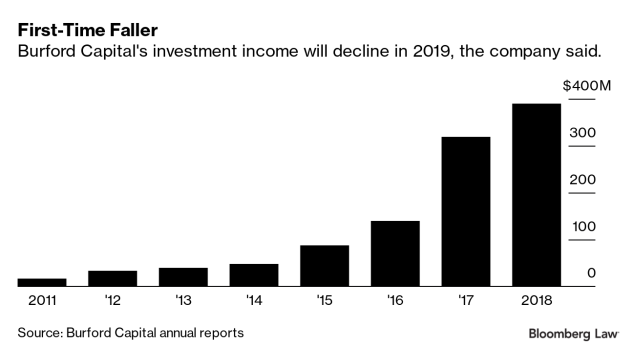 McConnell Tees Up Judicial Nominees After Trump Acquittal
The U.S. Senate moved quickly after acquitting President Donald Trump of impeachment charges to line up votes on a series of his judicial nominations, including an appellate pick.

INSIGHT: The Rise of Independent Contractor and Freelancer Protections in New York
In New York City, protections for freelancers and independent contractors were expanded Jan. 11 under an amendment to the New York City Human Rights Law. With a nod to Star Wars, Kramer Levin’s Emily M. Wajert highlights some of the major protections that, presumptively, would also have protected galactic bounty hunters.

INSIGHT: Hackers Can Wreak Havoc on Medical Devices, But Manufacturers Can Fight Back
Medical devices are moving in the Internet of Things, presenting cybersecurity concerns for patient information and data. Nutter attorneys discuss the security and legal issues specific to the industry and how device makers can fight back.