The seal of the Office of the Comptroller of the Currency (OCC) is displayed outside the organization's headquarters in Washington, D.C., U.S., on March 20, 2019.
Photographer: Andrew Harrer/Bloomberg via Getty Images

A former lawyer and business associate of Treasury Secretary is ascending to the top of one of Wall Street banks’ main regulators.

is set to become acting head of the Office of the Comptroller of the Currency, following OCC chief Thursday announcement that he plans to step down. Brooks, a former Fannie general counsel and ex-vice chairman at Mnuchin’s OneWest Bank, will be thrust into a job that is grappling with the financial carnage of the coronavirus pandemic and a rift with other regulators over a key banking rule. 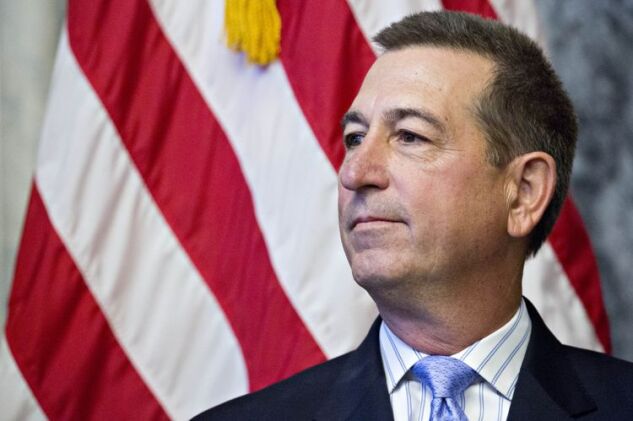 Unlike Otting, who will leave the OCC next week after finishing his primary goal of overhauling the Community Reinvestment Act, Brooks has a deep well of Washington experience. Mnuchin installed Brooks in March as Otting’s successor. Like Otting, he is also a former colleague of Mnuchin’s at OneWest, the bank that Mnuchin made a fortune off of after buying it at the depths of the 2008 financial crisis.

OneWest was acquired by in 2015 with Mnuchin sitting on CIT’s board until being nominated to lead the Treasury Department.

Brooks will take over the OCC at a challenging time. Besides the struggles of the banking industry amid the Covid-19 crisis, the OCC has broken with other agencies on policy. The most recent example is this week’s re-write of the CRA without the Federal Reserve and signing on. The agencies have also split on a rule governing banks’ leverage.

Because Brooks was named first deputy comptroller when appointed, he’s Otting’s automatic successor under the law. The agency has been run by such acting comptrollers for extended periods of time in the past. President would still need to nominate Brooks and have him confirmed by the Senate before he could be given full status as comptroller of the currency.

“I am confident that Brian will lead the agency effectively during this challenging time,” Mnuchin said in a statement. “He recognizes the importance of a robust federal banking system to the health and strength of the nation’s economy and has the skills and experience to succeed in this important role.”

Otting is leaving amid intense criticism from Democratic lawmakers. , the highest ranking Democrat on the Senate Banking Committee, accused Otting of ramming through his CRA revamp, while he “ignored thousands of thoughtful comments from civil rights leaders, community development advocates, and local leaders.” House Financial Services Committee Chairman ripped Otting for stepping down during the pandemic, and said Congress will not let his changes to the CRA stand.

Even the banking industry had a lukewarm response to Otting’s CRA rule, with the American Bankers Association urging regulators Wednesday to “reconcile the different regulatory regimes now in place.”

Otting had never been popular among Democrats, having arrived in the job with an unabashed affection for lenders and even referring to bankers during his tenure as his customers. As a former bank executive with no government experience, he was an unusual choice to lead the OCC. Otting will return to the private sector, according to the Treasury statement.

Brooks has both industry and policy experience. He was a financial-services lawyer in Washington before joining Mnuchin at OneWest. Prior to accepting a post at the OCC in March, he had been chief legal officer at , a cryptocurrency exchange.