, a civil rights pioneer and Washington power broker who was a behind-the-scenes force in former President ’s administration, has died. He was 85. 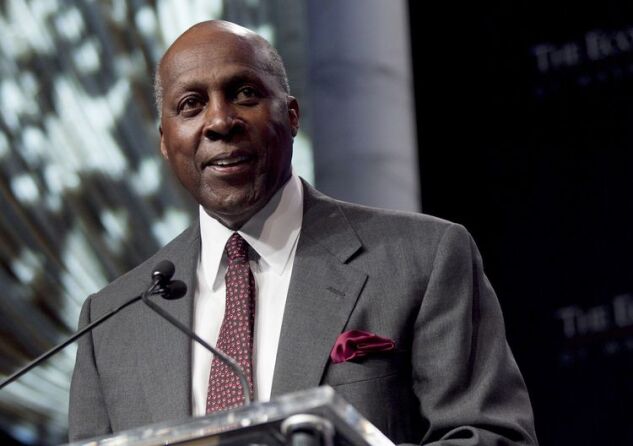 An activist and a longtime confidante to Clinton, Jordan was a rare person to straddle Wall Street and Washington in prominent positions and break racial divisions along the way. He grew up in Jim Crow Georgia and worked as a chauffeur to a white banker, before rising to become one of the most significant advisers to corporate boards in America. Harvard University professor Henry Louis Gates Jr. has previously called Jordan the “Rosa Parks of Wall Street.”

“Vernon Jordan began life in one of the first public housing projects in America and ended life as a fixture in our country’s halls of power,” President said in a statement. “Along the way, he became a foot soldier for civil rights, a trusted friend and counselor to presidents,” he said.

Dubbed Clinton’s “first friend” by the press, Jordan addressed diplomatic and administrative difficulties for the then president but never accepted the cabinet post that was rumored to be his for the asking, according to a 1998 article in Time magazine. He co-headed Clinton’s 1992 transition team.

“Vernon Jordan brought his big brain and strong heart to everything and everybody he touched. And he made them better,” Clinton said in an e-mailed statement. “He was a wonderful friend to Hillary, Chelsea, and me, in good times and bad. We worked and played, laughed and cried, won and lost together.”

For more than three decades beginning in 1982, Jordan was a partner and counsel at the Washington office of , where he oversaw the law firm’s extensive lobbying efforts. He also was a senior managing director at Lazard, and a partner at the firm since 1999.

“Vernon was integral to our standing and growth as a public company,” Lazard Chairman and Chief Executive Officer said in a statement. His achievements “were doubly remarkable considering the obstacles he overcame as a Black man rising from the virulent racism of America’s segregated Deep South,” Jacobs said.

One source of Jordan’s influence was his many corporate board memberships -- among them American Express Co., Xerox Corp., Revlon Inc. and Lazard. Together with his extensive philanthropic involvement and the Clinton relationship, Jordan was as plugged in as anybody in the nation’s capital. He pushed for the advancement of minorities through his corporate influence as well, raising money for Black students.

“Vernon dedicated his life to breaking down barriers to racial equity,” JPMorgan CEO said in a statement. “He rose to the highest ranks of business and civil society through his quiet and powerfully effective style,” said Dimon.

Jordan rose to power in Washington in the 1970s as president of the National Urban League, a business-supported civil-rights organization. In 1980, while on a National Urban League speaking engagement in Fort Wayne, Indiana, Jordan was shot in the back by a sniper. Severely injured, he spent some months in a hospital recovering.

He went on to receive a law degree from Howard University in 1960. In 1959, Jordan married the former Shirley Yarbrough. She died in 1985. They had a daughter, Vickee Jordan Adams. In 1986, he married Ann Dibble Cook.

“Vernon was a pioneer and giant in a number of spheres of American life, including civil rights, politics and corporate life,” said Dick Parsons, former Citigroup Inc. chairman. “His greatest impact, however, may have been in the number of African Americans whose careers he helped launch and mentor. It’s a loss to the world.”

(Updates with statement from President Biden in fourth paragraph.)