, Postmates Inc., and DoorDash Inc. are pushing a $110 million ballot initiative to overturn a California law designed to force them to treat rideshare and delivery drivers as employees. At the same time, Boutrous and his team at Gibson, Dunn & Crutcher are trying to avoid a court ruling they say could decimate the app-based business model.

The firm’s lawyers have represented Uber in at least 50 lawsuits in California since 2013, according to a Bloomberg Law analysis, plus DoorDash in 20 cases and Postmates in at least nine.

“They have been successful in getting these cases in part because of the firm’s reputation as elite litigators,” said a lawyer at a competing firm who asked not to be named because he also represents Uber. “That’s important for general counsels who are playing to a CEO and board of directors. They want to make clear that these are ‘bet the farm’ cases and they don’t want to leave an opportunity to be second guessed.”

The Gibson Dunn lawyers have kept plaintiffs’ attorneys largely at bay through protracted fights over drivers’ arbitration agreements and by pitting opposing lawyers against one another to drive down settlement costs. It’s largely avoided the question of whether drivers must be made employees.

But that strategy may be nearing its limits, thanks to a provision in the new California law, AB-5, empowering local government lawyers to get in on the court fights.

Gibson Dunn didn’t make the Los Angeles-based Boutrous or lawyers Theane Evangelis and Josh Lipshutz available for an interview, asking Bloomberg Law to submit written questions. The firm didn’t directly respond to most of those questions.

“Lawsuits seeking to classify gig workers as employees threaten to turn the technological clock back by a decade and eliminate the benefits the public has enjoyed from the independence and flexibility of the on-demand economy,” Evangelis said via email.

Uber has faced questions about treating its drivers as self-employed contractors since shortly after it launched in 2009. That allows the company and other app-based operators to connect users to drivers without the legal responsibilities of an employment relationship.

If forced to make drivers employees, “you’re looking at likely thousands of dollars per driver in new costs, annually,” Bloomberg Intelligence analyst Matthew Schettenhelm said. “As a company you would have to start thinking, ‘does this business model even work?’”

Uber declined Bloomberg Law’s request for an interview or comment.

Boutrous has represented Uber in court since at least 2013, in a class action challenging drivers’ status that the company agreed to settle for $20 million last year.

“Everybody knows Ted Boutrous,” says Catherine Fisk, a law professor at the University of California, Berkeley. His involvement “signals this is a high-profile case that the company is throwing a ton of money at.”

The self-described “liberal Democrat” cut his teeth working alongside Gibson Dunn partner and former George W. Bush administration solicitor general Ted Olson. He helped a gay couple strike down California’s ban on same-sex marriage in 2013, and has pledged to defend anyone sued by the Trump administration on free speech grounds for no charge. 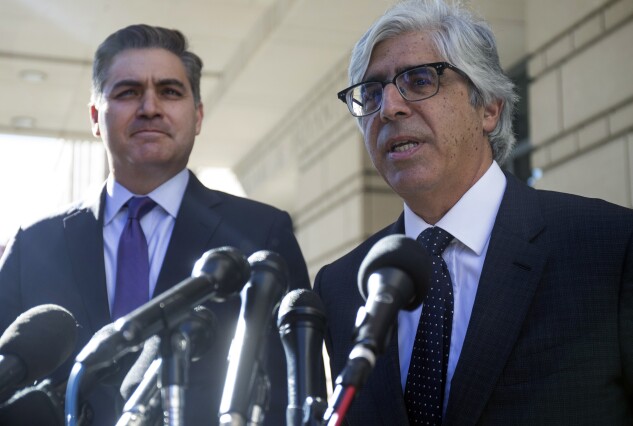 Evangelis and Lipshutz have taken larger roles as cases involving Uber and other gig companies pile up.

Lipshutz regularly appears in court for and has defended energy companies , , and in lawsuits accusing them of contributing to climate change.

which faces its own slew of driver classification cases, has turned to San Francisco firm Keker, Van Nest to fight lawsuits in California.

Uber recently took a jab at its competitor in court, telling a judge that a lawsuit against both companies should be thrown out because the case against Uber isn’t as strong. The company cited recent moves to meet the standard for contractors under AB-5, like allowing drivers to set fares and get more information about a ride before accepting a request.

The Gibson Dunn lawyers say they have one objective.

“Our strategy in these cases is simple—to win,” Lipshutz told Bloomberg Law via email. “In fact, when we handled the only gig worker classification case ever to go to trial, we won,” referencing a 2018 decision for GrubHub that was issued before AB-5 and is on appeal.

The legal team can also have a big impact by simply not losing.

That means avoiding a final court order to make drivers employees while the companies lobby to overturn AB-5 and similar laws. Massachusetts recently sued Uber and Lyft for misclassification, and New Jersey says Uber owes it $650 million in payroll taxes the company allegedly skipped out on by treating drivers as contractors.

“Their playbook is to delay adjudication,” says Jahan Sagafi, a California plaintiffs’ lawyer who has tussled with the Gibson Dunn team. “Perhaps the most effective way to do that is to retain counsel who are sophisticated in procedural maneuvering rather than the substance of employment law, because the name of the game is delay.”

The litigation has largely focused on whether drivers must take their cases individually to arbitration, rather than suing collectively in court. Drivers are required to sign agreements when they join the platform, forcing them to arbitrate any disputes behind closed doors.

“Because the arbitration agreements are also subject to confidentiality, no one knows what’s happening” in those cases, Fisk said.

Arbitration also poses risks for the companies, like getting hit with waves of costly individual cases. Uber paid about $155 million as of March 31 to settle a majority of the more than 100,000 individual arbitration demands against it, according to a public filing.

A judge in February ordered DoorDash to separately arbitrate 5,000 drivers’ cases. Evangelis told a court that similar demands by some 10,000 Postmates couriers are designed “to extract a ransom-style settlement.”

“They’ve done their job at slowing things down,” said Massachusetts lawyer Shannon Liss-Riordan, who has tangled extensively with Uber in court. “Along the way we’ve reached some resolutions to get money into peoples’ pockets, but we’ve also kept going because they keep violating the law.”

Plaintiffs’ lawyers say Gibson Dunn uses a “reverse auction” strategy to slash settlement prices. They wait for several attorneys to file similar lawsuits, then reach a deal with the lowest bidder that covers the drivers in the other cases and effectively nullifies those lawsuits.

The Gibson Dunn team didn’t respond to questions about that strategy. In court, they’ve said plaintiffs’ lawyers often file copycat lawsuits on behalf of largely overlapping groups of drivers and seeking a piece of the same fees.

The problem, said a former Uber lawyer who requested anonymity to preserve relationships inside the company, is that California Attorney General Xavier Becerra and a growing number of city attorney offices are turning their attention to AB-5. A provision tucked into the new worker classification law authorizes local government lawyers, not just those in Becerra’s office, to enforce it in court.

Those attorneys aren’t handcuffed by arbitration deals. As public employees who are paid a salary and don’t get a piece of any legal fees, they have little financial interest in settling cases, unless Uber agrees to make drivers employees. That undercuts two primary tools that Gibson Dunn has used to play defense in court.

The government lawyers “won’t settle without a driver classification change,” the former Uber lawyer said. “They want the tax money.”

—Ralph Chapoco contributed to this report.