, one of the world’s largest legal firms, was singled out by fugitive auto titan as one of the actors responsible for his arrest and prosecution in Japan.

A longtime outside counsel for , U.S.-based Latham & Watkins worked on the automaker’s probe into the former chairman and chief executive officer, who escaped trial and fled to Lebanon last week. 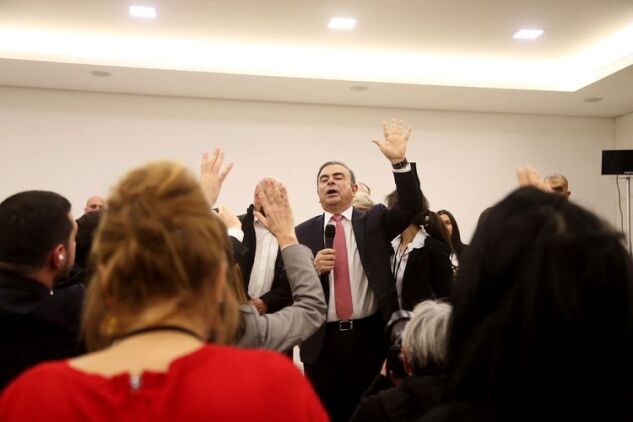 Latham & Watkins previously was criticized by Nissan general counsel Ravinder Passi, who raised concerns that the company’s investigation into Ghosn was marred by conflicts of interest, the Wall Street Journal reported in September. Passi’s objections centered on the relationship between the firm and , a senior vice president at Nissan who reached a plea deal with prosecutors for his actions in the scandal, the newspaper said.

“It is the prosecutors aided and abetted by petty and vindictive individuals in the government and Nissan and the L&W law firm who are destroying Japan’s reputation on the global stage,” Ghosn said at a news conference in Beirut, his first since his arrest in November 2018.

Derek Gilmour, a spokesman for Latham & Watkins, declined to comment. The law firm, with more than 2,700 lawyers, is a global leader in corporate transactions, environmental law, finance matters, litigation and tax services. Nissan has been working with Latham & Watkins since at least 2017, including on matters involving its relationship with alliance partner .

Dana Latham, former U.S. Commissioner of Internal Revenue, and Paul Watkins founded the firm in 1934 in Los Angeles to focus on tax and employment law. The firm was hired last year to advise drugmaker Mallinckrodt Plc, which faced thousands of lawsuits blaming its products for fueling the U.S. opioid epidemic.

Ghosn’s legal team issued a statement ahead of his Wednesday tell-all news conference asserting that Nissan’s internal investigation, conducted with Latham & Watkins, wasn’t independent. The defense lawyers said Nissan never sought to interview Ghosn concerning the matters under investigation and still hasn’t shared with Ghosn or the public the results of its investigation or the purported evidence against him.

The former chairman of Nissan and Renault was awaiting trial in Japan on charges of financial misconduct when he left his Tokyo residence last week and took a bullet train to Osaka. He flew to Istanbul on a private jet and then onto Lebanon, where he has citizenship, protecting him from extradition back to Japan.

Ghosn’s ire also centered on Nada, who has been a key figure in the investigation and a central part of many of Nissan’s dealings with Renault. The Malaysian-born lawyer, who has worked at Nissan since the 1990s, reached a plea deal with Japanese prosecutors and is effectively immune from criminal action.

On Tuesday, Japanese prosecutors obtained an arrest warrant for Carole Ghosn, the wife of Carlos Ghosn, in the latest move by the country to contain the fallout from the former auto executive’s escape.

To contact the reporter on this story:
in Tokyo at atomisawa@bloomberg.net