Donald Trump walks on the South Lawn of the White House before boarding Marine One in Washington on Wednesday.
Photographer: Al Drago/Bloomberg

will be represented at his impeachment trial by South Carolina lawyer Butch Bowers, who’s best known for helping save a former governor from being removed from office following a scandal over an extramarital affair.

Trump’s adviser confirmed the hiring in a statement posted to Twitter on Thursday. Trump, who left office Wednesday after one term, will go on trial soon in the U.S. Senate after being impeached in the House for inciting an insurrection at the Capitol on Jan. 6 that led to five deaths. 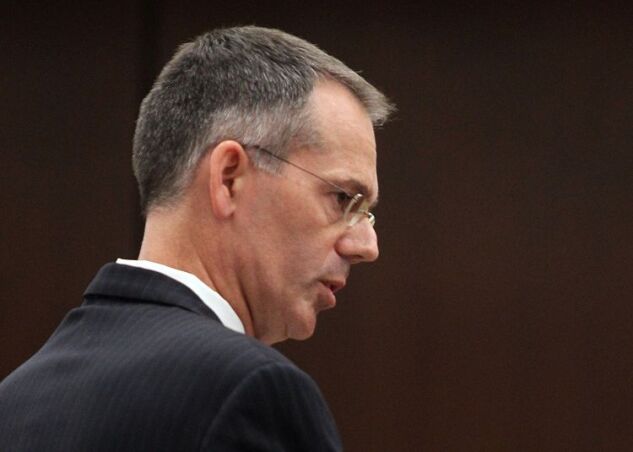 Bowers, who has worked on high-profile voting and election matters, represented former South Carolina Governor in 2009 when the Republican-led legislature weighed impeachment after he admitted lying to aides about hiking the Appalachian Trail when he was really in Argentina with his mistress.

Senator said he knows Bowers and called him a “solid guy” who would be the “anchor tenant” of Trump’s legal team.

Minority Leader on Thursday told fellow Republicans that he favors delaying the start of Trump’s impeachment trial until February to give the former president time to mount a defense. Trump has said he doesn’t believe he’s guilty of inciting the mob with his fiery speech before the riot because he said he didn’t call for violence.

“The president was shut out in the House so his team needs some time to prepare,” Graham told reporters.

Trump “looks forward to getting this behind him,” Graham said. Trump, he said, “believes this is unconstitutional and damages the presidency, but you know he’s going to have his day in court and that’s the way the system works.”

Bowers, of Columbia, South Carolina, is known for defending North Carolina’s controversial voter-ID legislation as well as the state’s so-called bathroom bill in a lawsuit with the Obama administration. That law, which targeted transgender residents, was settled after a boycott of the state by businesses and sporting events. Bowers also served as Special Counsel for Voting Matters at the U.S. Justice Department during President ’s administration and he was the chairman of the South Carolina State Election Commission from 2004 to 2007.

Bowers represented Sanford before a South Carolina House impeachment committee. Sanford had rejected a call from the state’s House speaker to resign amid a probe into his expenditures after his affair with a woman in Argentina was revealed. When the committee voted not to proceed with impeachment, Sanford finished his second term as governor.

Sanford narrowly lost a 2018 primary after Trump endorsed his opponent and tweeted on election day that the lawmaker was “nothing but trouble.” Sanford went on to run a brief and unsuccessful primary campaign against Trump in 2019.

To contact the reporters on this story:
in New York at elarson4@bloomberg.net;
in Washington at sdennis17@bloomberg.net